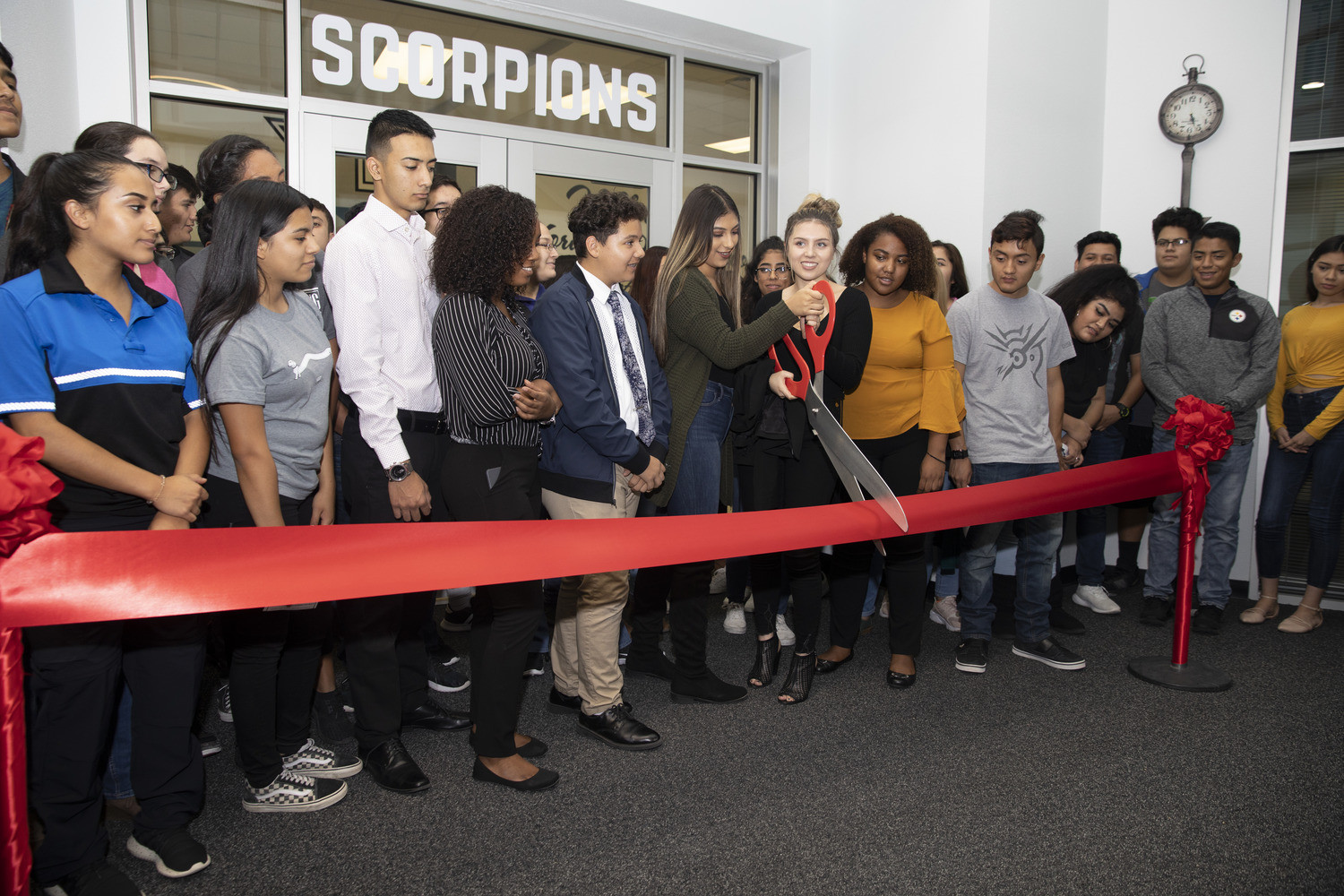 “The architects and construction crews were very diligent to provide the very best,” Martinez said.

Luis Guevara, AIA, project architect, said the view from the street was designed to have a strong visual impact.

“One of the goals that the school district really wanted was to have a lot of glass to make it feel more welcoming and inviting for the entire community,” Guevara said.

He also said that studies show that daylighting helps students’ learning and that natural light creates a more comfortable environment in an interior space.

One of the main objectives was to include the ninth grade on the campus. Guevara said he enjoyed this aspect of the project. 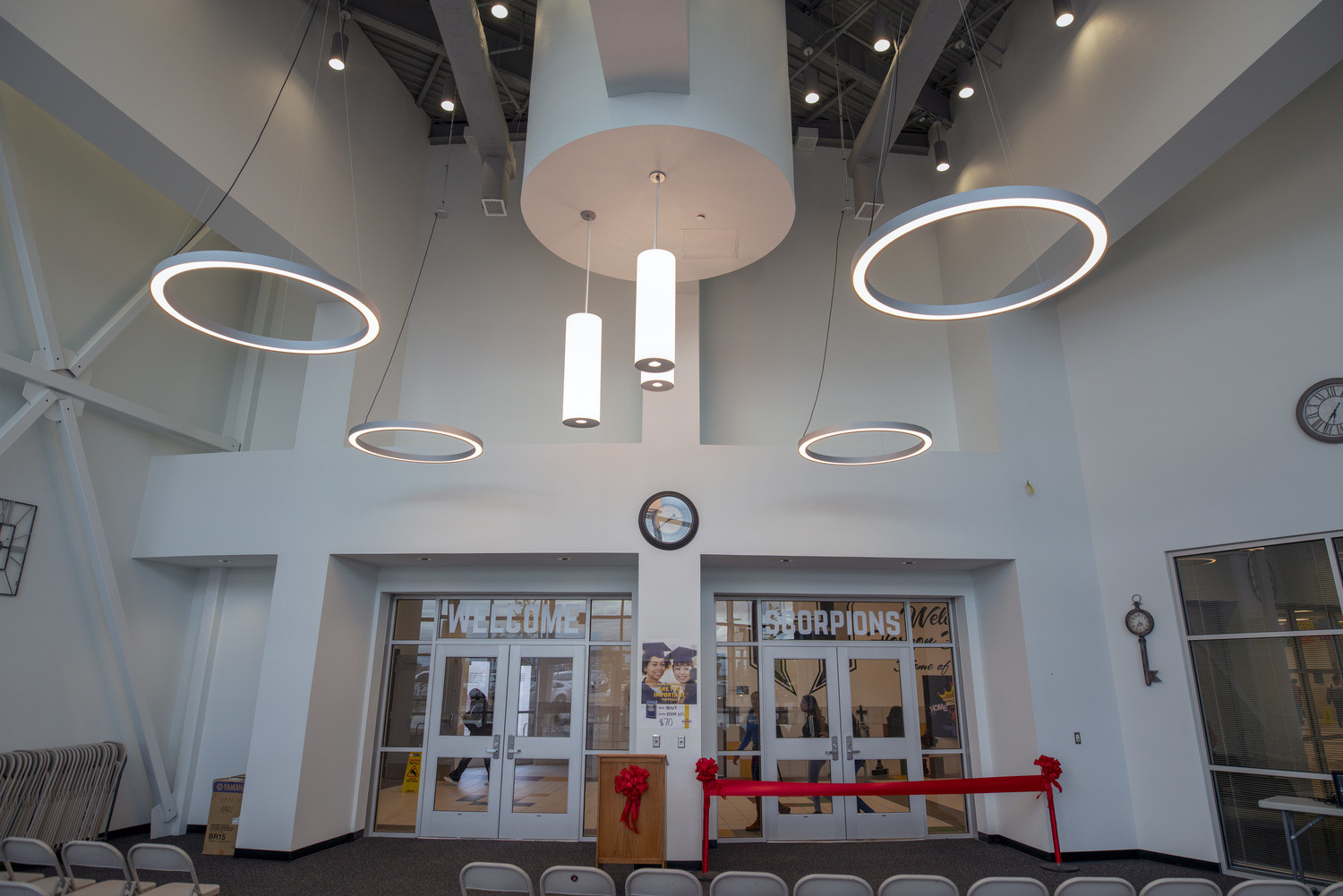 Another goal was designing a secure vestibule that would help the administrative staff manage visitors. The secure entrance features chic pendant lighting in circular configurations. Additional security cameras were incorporated, and access to the school is further secured by proxy cards and door sensors. Corridors connect buildings that once stood separate from the main part of the school.

Elena Acosta, principal at Horizon High School, said portions of the new design are state-of-the-art such as the kitchen.

“I believe we gave our students something to be proud of and something that motivates them to be better,” Acosta said, “and ultimately that’s what we want—we want our students to be the very best.”

Claudia Perez, a member of the Board of Trustees, agreed that the project encourages school pride.

“I love the design of it, the openness of it,” she said. “It looks very inviting. It looks high-class. It adds a new identity to the school.”

Dr. Martinez said it is a “fantastic” project that appeals to the students. He said he’s noticed that the entrance and the adjacent cafetorium have been complimented as favorite features of the school. 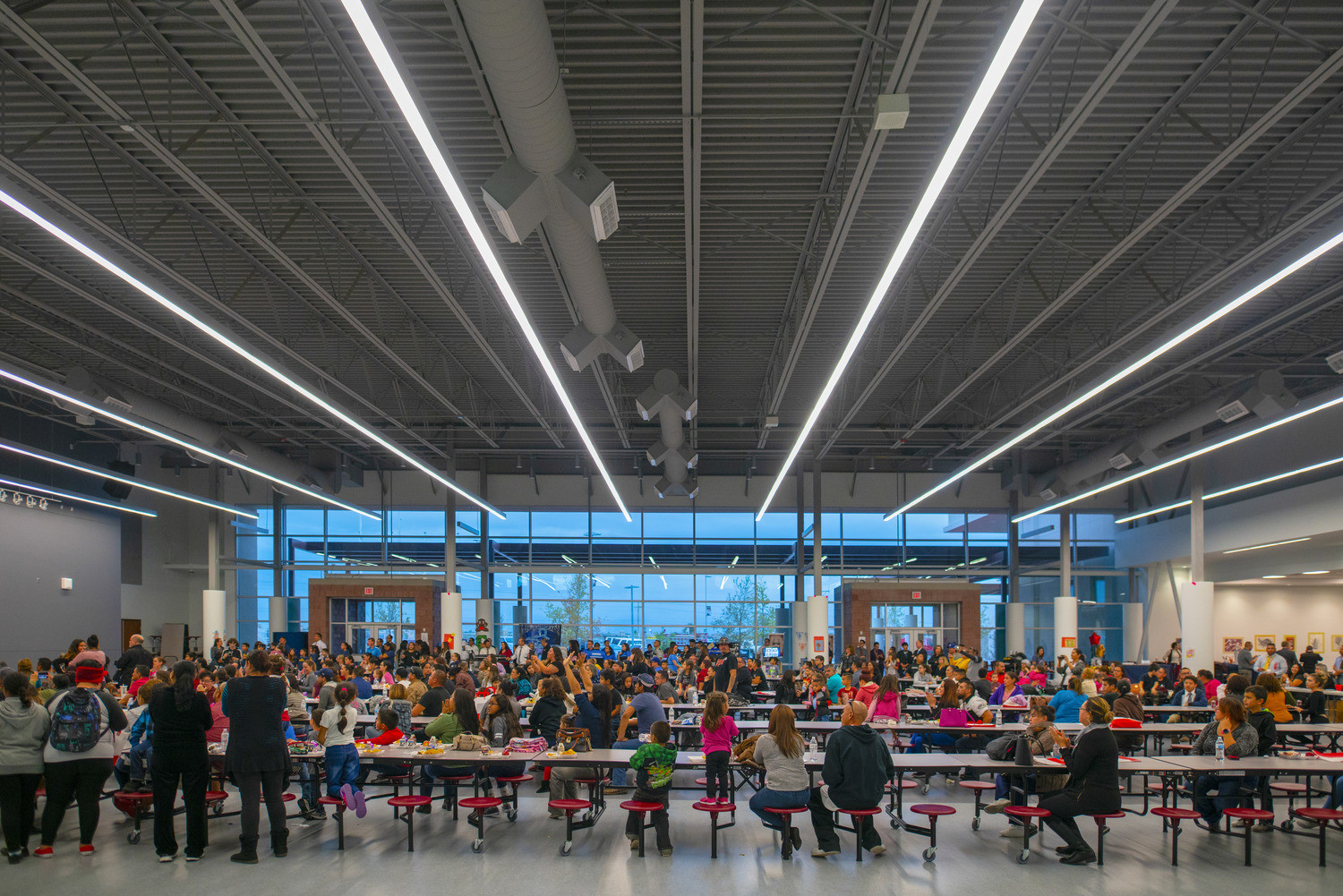 “Actually after lunch and in the afternoons, we see students there doing homework with their Chromebooks,” Martinez said. “The teachers bring them to the cafeteria to do projects because of the seating arrangement that we have. It isn’t just ‘We are in the cafeteria.’ It’s a university-type setting.”

The previous dining facility was separated into two spaces, which made the space inefficient during serving times. A new state-of-the-art kitchen has four serving lines to provide timely serving. The new cafetorium is larger and designed to be used for many purposes including student programs and community events.

A career and technology education addition provide learning spaces dedicated to such fields as law enforcement, construction trades, fire-fighting and culinary arts. The fire technology portion of the technology building was built large enough for a fire truck to be brought into the building.

I think [the project] definitely adds a new facade, a new identity to the school,” Guevara said. “I think that’s what it does more than anything.” 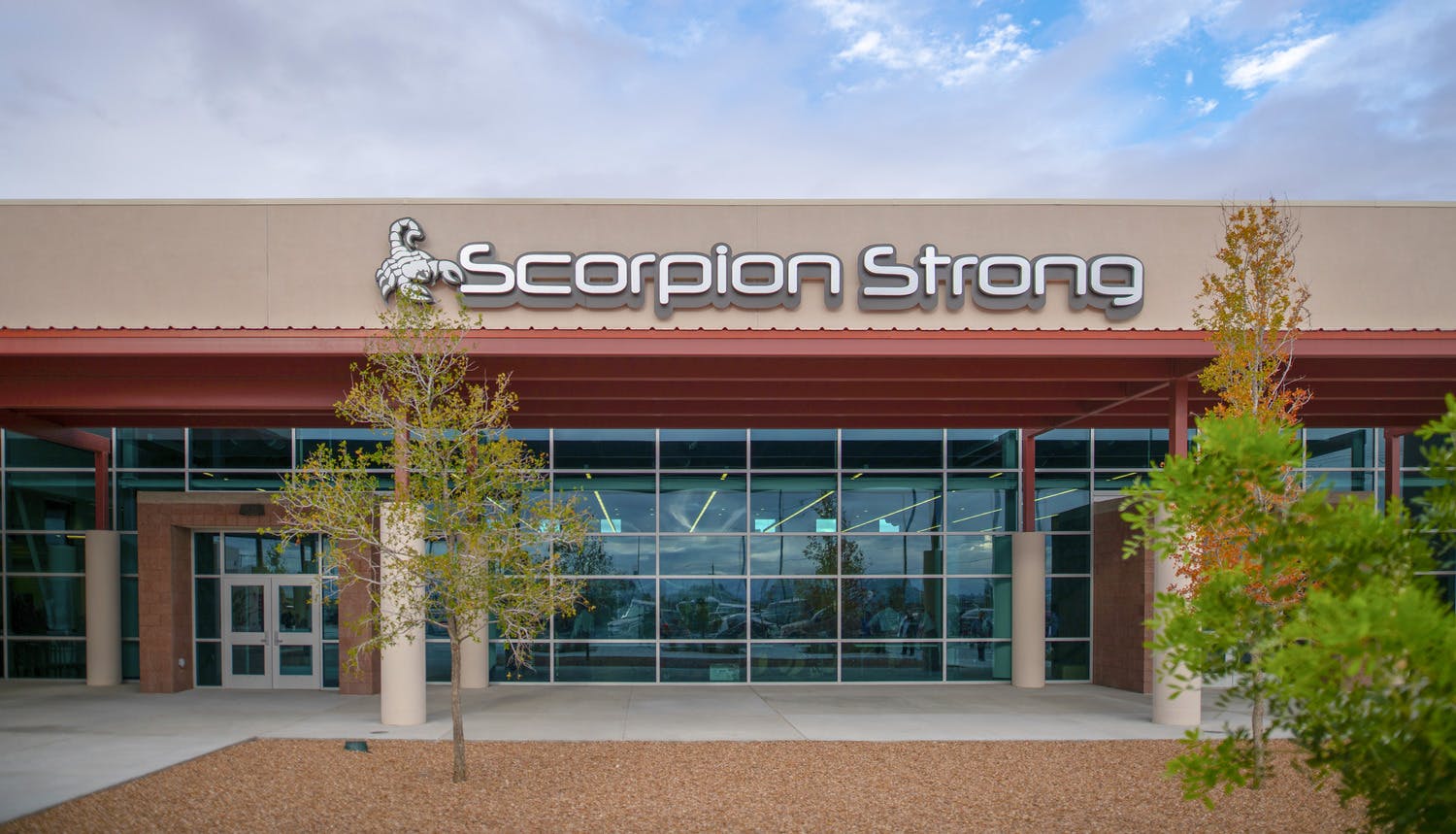