ATEMS High School Students Get Up Close Look at Engineering

High School students from ATEMS High School in Abilene, Texas, recently made the 160-mile drive to Lubbock to get a look at a day in the life of an engineer at Parkhill.

The students gathered at Parkhill’s main office in Lubbock for an introduction to the business as well as a tour of the two buildings that house more than 175 employees, including 60 engineers. But the biggest treat of the day came when the students were escorted on-site for an up-close view of the construction in Downtown Lubbock for the Buddy Holly Hall of Performing Arts and Sciences.

“We just wanted our kids to be able to see what engineering really, really looks like on the ground,” said ATEMS teacher Larry Haney. “The opportunity we had at the offices and now to be on the ground and seeing this facility being built – I think it opens their eyes. It gives them a chance to really consider what engineers do. Because when you are in the classroom, it’s really cool, but this is where the rubber meets the road and they get a much better opportunity to understand what’s going on.”

The relationship with ATEMS started nearly two years ago when the students began racing cardboard boats in an annual event held at Abilene Christian University. The students were given the opportunity to form into teams and then design, plan and build cardboard paddle boats to take out on the water in the ACU recreation center pool. But Haney and his staff wanted to take it a step further and give the students more insight on some of the things it takes to be an engineer and understand the process involved with working on a project as massive as Buddy Holly Hall. 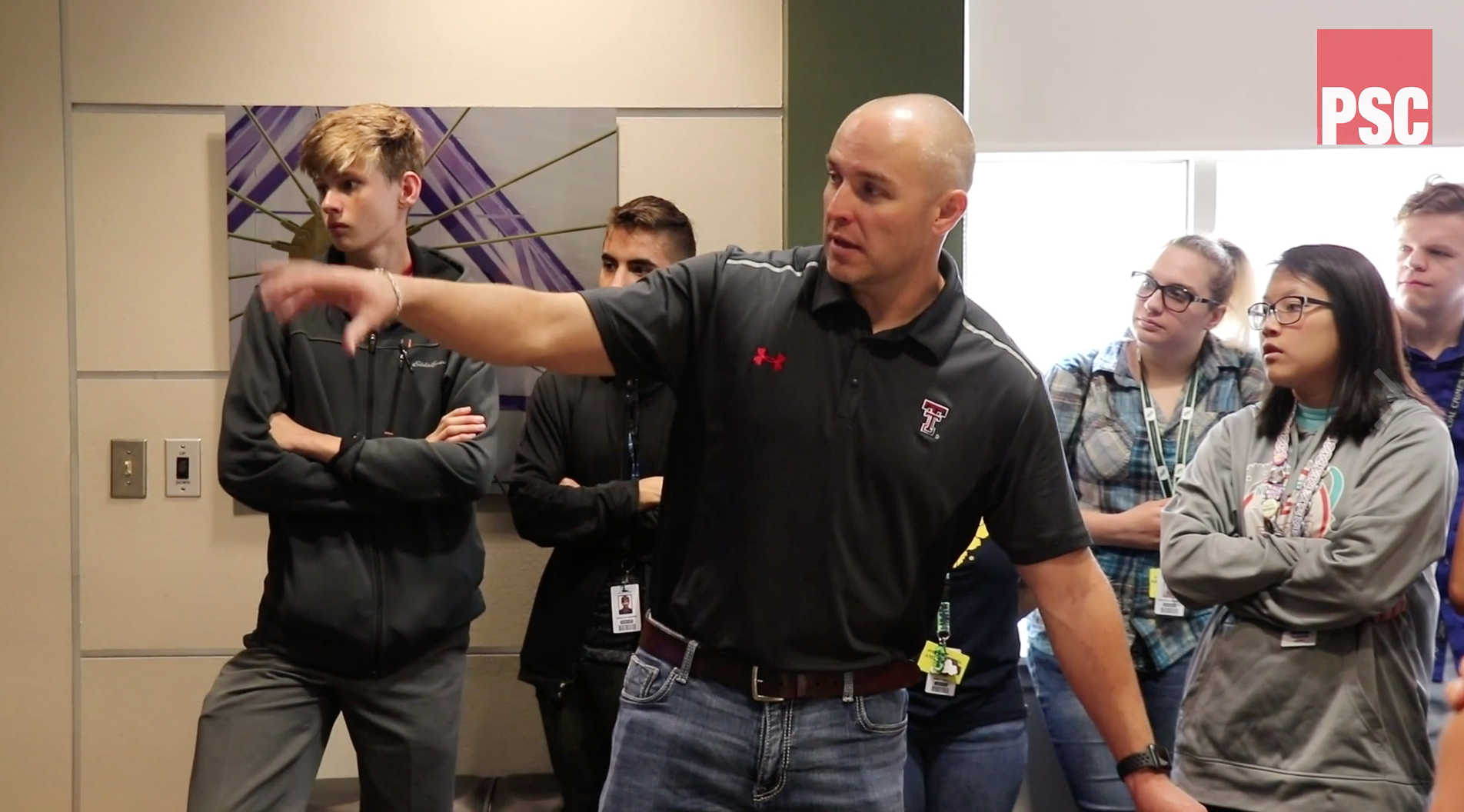 “As a high school student, if you want to be an engineer, you want to be in the science field but you don’t know what that means,” said Parkhill Associate and Structural Engineer Matt Laverty. “It’s such a broad spectrum of education. Here pretty soon, for (high school) seniors, they’ll be expected to commit to a major. And that’s a big, big decision.”

ATEMS Junior Amber Tinney is in the same boat as some of those seniors and has some decisions to make in the next year if she wants to pursue her dream of being a civil engineer.

“This has affected how I want to be as far as furthering my career and becoming a civil engineer,” Tinney said. “Now this helps me understand some of the criteria I probably need to look at as well as how to construct or design buildings or roads or anything.”

The students were able to see everything from the set of design plans at the Parkhill office to renderings and then the construction on-site, helping them understand how something can be taken from paper and a computer screen to the real construction. Laverty noted on the importance of being able to give students a real-world understanding outside the classroom or office. 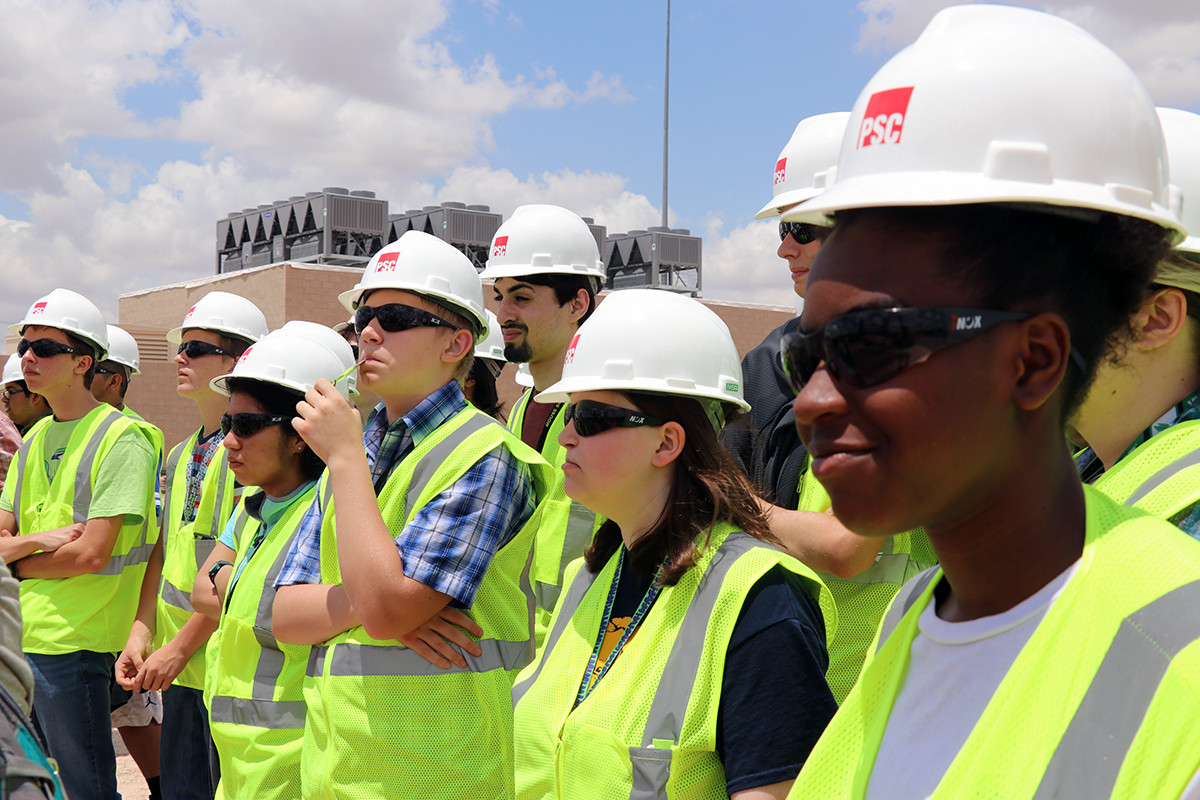 “Most of us are visual learners,” Laverty said. “And talking about these abstract ideas of engineering and calculation and design – it’s really loose and kind of fuzzy terms for them. And this puts something concrete and physical to those fuzzy terms. Especially when you get to the job site. When you are talking about design and specs and beams and columns – it doesn’t mean much. But when you see them coming out of the ground, it’s huge. And I think it really makes a connection with them… It gives them that fulfillment of the physical side of engineering.” 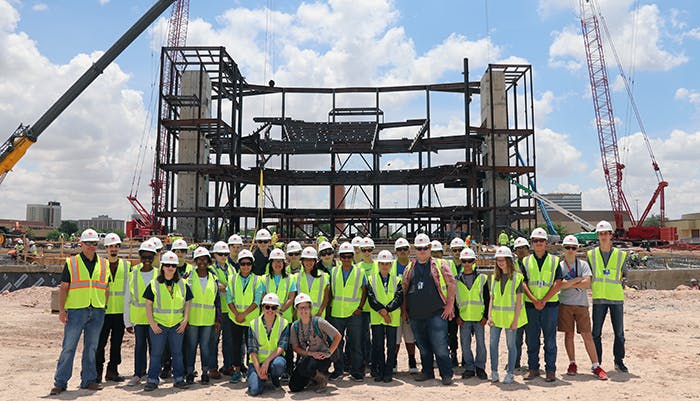