In celebration of the ribbon-cutting of the new Van Horn School, the community gathered at the pre-K through 12th-grade school for a lunch, open house, ribbon-cutting ceremony, and naming ceremony for the gym and band hall. The band hall is named after Ralph M. Zamarippa Jr., and the new gymnasium named after former school Coach John Curry. Culberson County-Allamore Independent School District Superintendent Ken Baugh invited the town’s religious leaders to bless the school.

Hector De Santiago, AIA, Parkhill project architect, was among the subsequent speakers during the ceremony. He orientated visitors to 21st-Century Learning concepts during his speech and received positive feedback from faculty/staff, students and parents during the open house.

“It was a collaborative effort,” De Santiago said. “We wanted to make sure everybody felt they were heard. We started with a community committee. With 21st-Century Environment Learning, obviously, it’s going to be a change, but the teachers are very forward-thinking. The fact that we have collaborative spaces, one-to-one spaces, the hub area that’s open, and classroom walls with folding partitions will allow them to have more flexibility and an engaging environment for the students and teachers. Incorporating those in the woodshop, the metals shop, and the drone and robotics classes, as well, I think will really help them see what’s out there.”

Another feature of 21st-Century Learning school design is having an abundance of natural light.

“There are studies showing that retention improves with natural light,” De Santiago said, “and with the V-shaped roof, we were able to do that.”

He explained that the district sometimes experiences power outages for hours or days, so the design helped mitigate the fact that the teachers sometimes had no light to be able to teach.

De Santiago said the gymnasium was a crucial portion of the school, and during demolition, members of the public saved the bricks to have a piece of that history. The new main gym and the auxiliary gym both have maple flooring.

Leticia Hernandez, president of the Board of Trustees, said that the students would welcome being in a new building that they truly deserve. She said energy efficiency was one of the priorities, plus working buses, security, and safety.

“It looks amazing,” she said. “I’m excited to be a part of it that we were able to do this as a team. We worked hard to pass this bond, but we owe our thanks to the voters of our community that made this possible that made it happen. I’m excited about all of it. I love all of it especially the gym. I’m excited for our students because they deserve it.”

Sixth-grader Cameron Flores said, “I would have to say the most exciting part of being in this new school is being able to move around, hopping from classroom to classroom. Another cool part is the way the library looks. It’s like a V shape on the top, and it’s a bunch of glass, and it looks really cool.”

Vianney Gonzales, also a sixth-grader, agreed that the spacious library is a significant improvement.

“I like to read books. In our small library, it was hard because it was so crowded with kids,” she said.

Superintendent Baugh tours the best practices and school facilities in Texas every year, paying attention to which are winning awards in designs.

“Look at our school. We are at the top. We are designed and built on the very cutting edge of schools,” he said.

Baugh explained that the V shape on the façade reflects the flight of eagles in recognition of the school mascot.

“That was not lost on my community,” he said. “I really enjoy the fact that that’s the first thing they see: the unique design on the front of the building. It has multiple angles and shapes, and it’s not a square box. We kind of preach that we are thinking out of the box when we teach.”

Baugh said he enjoyed working with Parkhill, and that the project team helped him to make conscious decisions throughout the project.

“People need to know this is a big project, a big process,” Baugh said. “This is an 11,000 SF facility. Divide that by 2,000 SF, and figure out how many homes that is equivalent of. That’s the equivalent of 300 homes. That’s very complicated. There’s a lot of work that goes on back and forth with your architect and their design team. That’s what’s most important. Can you guys work together and take care of each problem as it comes up? It’s worked out great. The building is a testament to how that went.” 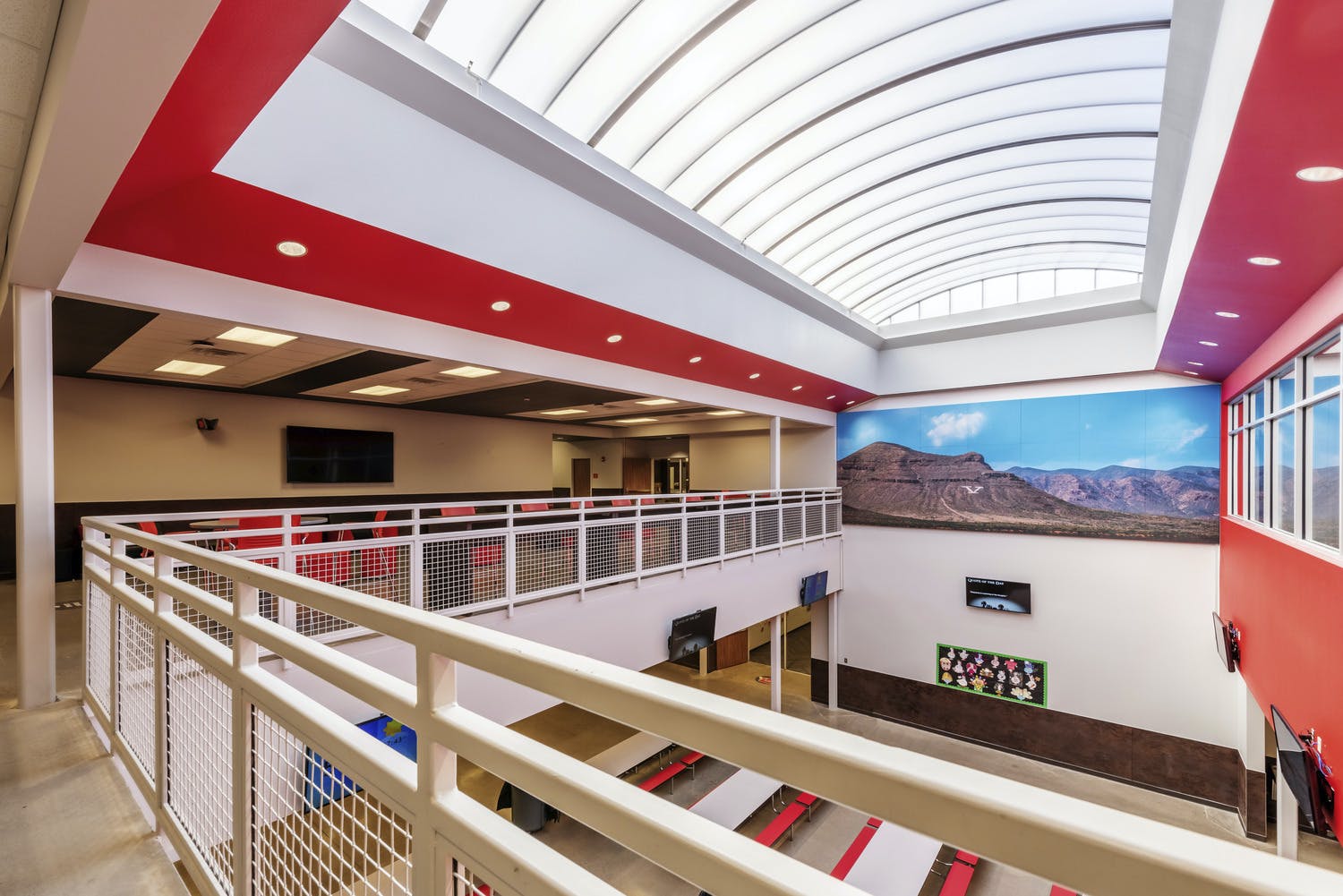 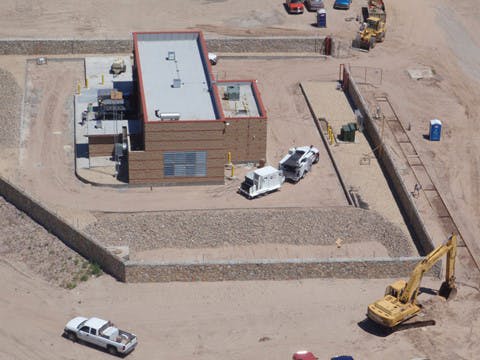 Increasing Facility Capacity by Use of Topography

Introduction Parkhill was contracted by the El Paso Water Utilities – Public Service Board (EPWU-PSB) to evaluate the...

LUBBOCK, Texas — Parkhill has announced its first-quarter licensees. Jessica Kaskie received a license as a...

Sinkholes in the Desert Create Chaos

AbstractOn July 22, 2017, a sports utility vehicle fell into a sinkhole on La Placita Avenue in El Paso, Texas. The...