Parkhill | Schrickel Rollins has completed multiple phases at Gabe Nesbitt Park and is currently working with city staff to create a first-of-its-kind indoor tennis facility and event center. The Gabe Nesbitt Tennis Center, a six-court indoor facility, will allow for both recreation and amateur tournament play with an elevated viewing platform as well as areas that can be used for fitness and warm-up. When the facility is not being used for recreation, its multipurpose design can transform the tennis center into an event center capable of seating over 2,000 people.

MCKINNEY, Texas — With the Dallas Cowboys and National Soccer Hall of Fame in Frisco, another Collin County city is carving out a niche in the sports world through tennis.

The City of McKinney is expanding its public tennis court facility, adding 12 new outdoor courts on top of the 11 that opened in 2012.

Once the $9 million outdoor expansion is finished in the next six to eight weeks, the city hopes to move forward with plans for a new facility with six indoor courts.

“It is going to be the nicest municipal center in Texas,” said Matt Hanlin of Lifetime Tennis, which manages the Courts of McKinney. 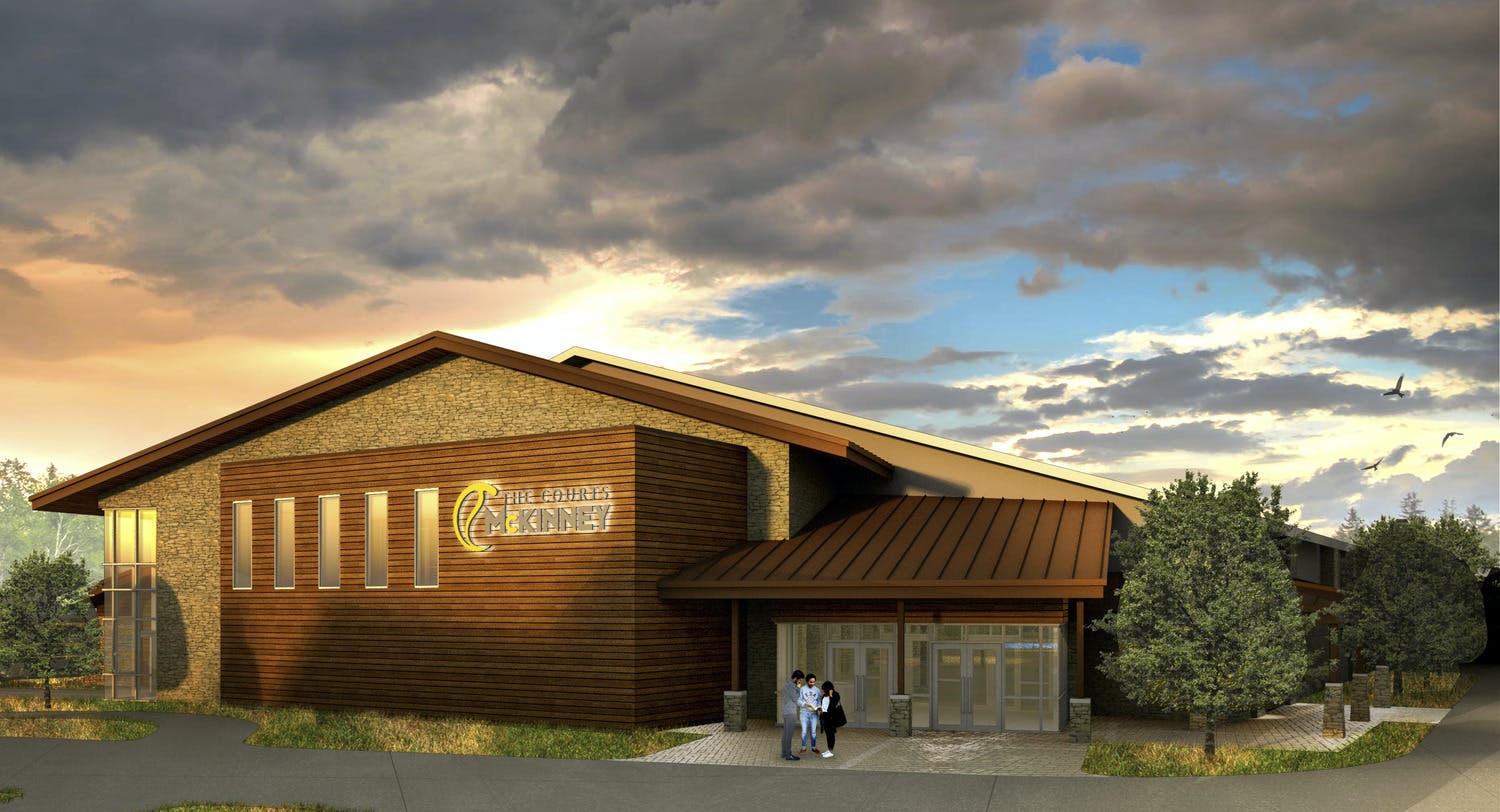 The center will be the first of its kind.