Blog University Of Parkhill University of Parkhill 2019: The Impostor – The Struggle of the Emerging Professional

University of Parkhill 2019: The Impostor – The Struggle of the Emerging Professional 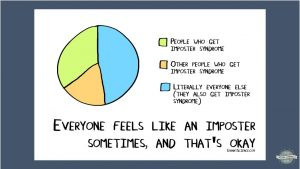 Liz Morgan, IIDA, Chandler Cooke, AIA, and Aaron Rivera, AIA, presented “The Imposter – The Struggle of the Emerging Professional” at Parkhill University 2019. Imposter phenomenon (IP) is also known as imposter syndrome or the imposter experience. IP is a psychological term used to describe people who are unable to internalize their accomplishments and are unconvinced that they are deserving of their successes. IP is experienced at some point by everyone including intellectuals and high achievers in history such as Albert Einstein and Maya Angelou. However, this syndrome is especially apparent in emerging professionals. Liz, Chandler and Aaron discussed the overall phenomenon, the effects it can have on mental health and how it inhibits success in the workplace. They also used their personal experiences as examples for how they have learned to deal with IP. Mentorship was a large role in taming “The Impostor” inside them.

There are three basic signs of IP:

1. Fear of being found out as being unworthy of success

2. Feeling like a fake who has deceived others of achieving success

3. Discounting success and attributing it luck or some factor other than intelligence or genuine ability

Identifying IP is important is because it affects mental health, but it also can inhibit personal growth, the growth of peers, creativity, and can even affect the success of a company. Pluralistic ignorance is one reason IP exists. This means that everyone doubts themselves, but no one voices those doubts to deal with insecurities. Discussions with peers and mentors can identify and build on the areas affected by IP. Are the expectations someone has placed on themselves unrealistic? Identify if that is true. These types of discussions should be authentic to help tame the imposter. 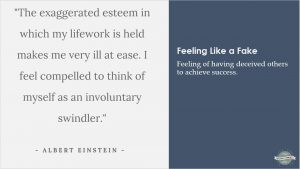 Liz mentioned an instance where she was working with another interior designer, Lacy Mangum. Liz kept apologizing for asking questions and for not knowing all the answers about a project they were working on. Liz said a simple statement of vulnerability from Lacy helped her conquer her internal imposter in that situation.

“‘We’ve all been green,’” Liz explained that Lacy had said. “‘You’re green. I don’t expect you to know everything. I don’t know everything.’ And it was that simple act of vulnerability that allowed me to learn in the public eye. It gave me a peace. I had permission to not know all the answers.”

Admitting to not knowing is important but so is identifying and remembering strengths and talents. Liz said she recreates positive situations by saving emails from projects she had successfully completed or listening to music that inspires her. Having a foundation built from strengths allows for continued growth and learning. A willingness to learn is a strength and can turn an imposter to a purposeful imposter, someone willing to gain expertise in the public eye. 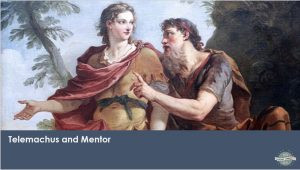 Mentorship helps purposeful imposters to gain confidence and build new skills while curing impostor syndrome. Chandler pointed out the different environments that offered him mentorship including school, his family’s lumber company and college where he changed his degree from being a youth minister to studying to be an architect.

He compared mentorship to his experiences fly fishing. The conditions of a situation change. The “fish” he wants to catch as an architect are clients that require different techniques and tools to achieve each goal. The “fishing guides” or mentors can teach a mentee to use those different tools, to be a support source when the “fisherman” does not achieve his goal and to encourage him when he does. This builds a relationship and creates accountability to try again and to build each other up in confidence and skill.

He said mentors tend to naturally find each other. A company employees work in is a vast resource for mentorship. Parkhill offers the resources of friends, peers and those who have earned the title “trusted advisor” to learn from. He said professionals are often surprised with how much they have to offer as mentors while still learning from others in return.

Through sharing information, acknowledging professional strengths and admitting to areas of improvement, professionals bring value to their services. Aaron mentioned two opposite instances involving imposter syndrome during projects. In the first example with a client, Aaron said he did not feel that he had a voice during the construction meetings. Because of IP, he did not feel that he had the authority or speak up. He stayed silent when he had the opportunity to show Parkhill’s value by walking the owner through solutions that Parkhill helped with, so the contractor received praise instead. 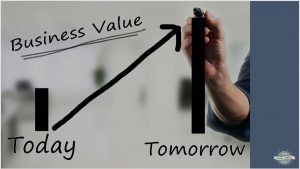 In the second example, Aaron constantly stayed in contact with the owner and sent all the information he had. His confidence and continual contact paid off when he was recognized for his work at the conclusion of the project. Now, Aaron is looking to quantify that outcome to see if the technique he used with that second client could be beneficial in all projects. In his 10 years at Parkhill, Aaron said that he has learned the importance of embracing what he does not know, of being courageous, vulnerable and humble enough to accept advice instead of his tendency to “go on an island” and figure something out on his own. All professionals should always take advantage of an opportunity to learn and be a part of something bigger. The impostor wants to take away that opportunity to learn, mentor and merchandize. Parkhill and all companies seeking success cannot submit to that if they want to succeed.

“You are not an impostor,” he said. “You are for real. It’s not luck. Everything you’re going to accomplish at Parkhill is not luck. It’s not timing. It’s not a lie. You deserve it all.” 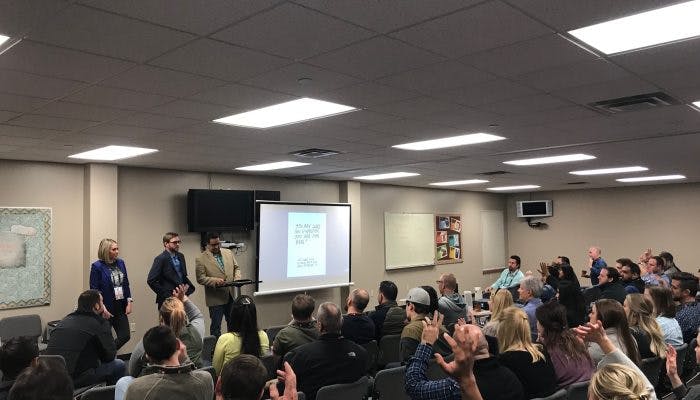