A Closer Look at the Design of Friona Primary Schools Murals

Aaron Rivera, AIA, is a member of the K-12 Education Practice but has shown a great deal of diversity working with a wide array of clients within Parkhill’s federal, higher education, religious, and community sectors. Aaron has worked on projects with K-12 clients in Pampa, Lubbock, Melissa, Plainview, and Friona where he grew up. Aaron said the Friona ISD Primary School is a recent project that allowed him to give back to his home community.

The Parkhill team worked closely with Friona ISD on the graphics design process of the murals at Friona Primary School.

In the beginning, the team asked several questions to get a sense of what the school district wanted and given examples from other projects of how the murals could look.

These designs showed the potential for each Hub area to tell a story and provide engaging learning opportunities for the students. The team discussed creating a mural that works like the mind of a child and using the images for scavenger hunts. The team's own children inspired the whimsical scenes of the initial mural designs.

With this idea in mind, the team presented the first designs to the superintendent and Friona Primary School principal. In those moments, the principal immediately saw the opportunities with these murals and was able to visualize what was possible. After this first meeting, the district decided to explore a local theme using images that celebrate Texas, Parmer County, and the pride in the town of Friona. 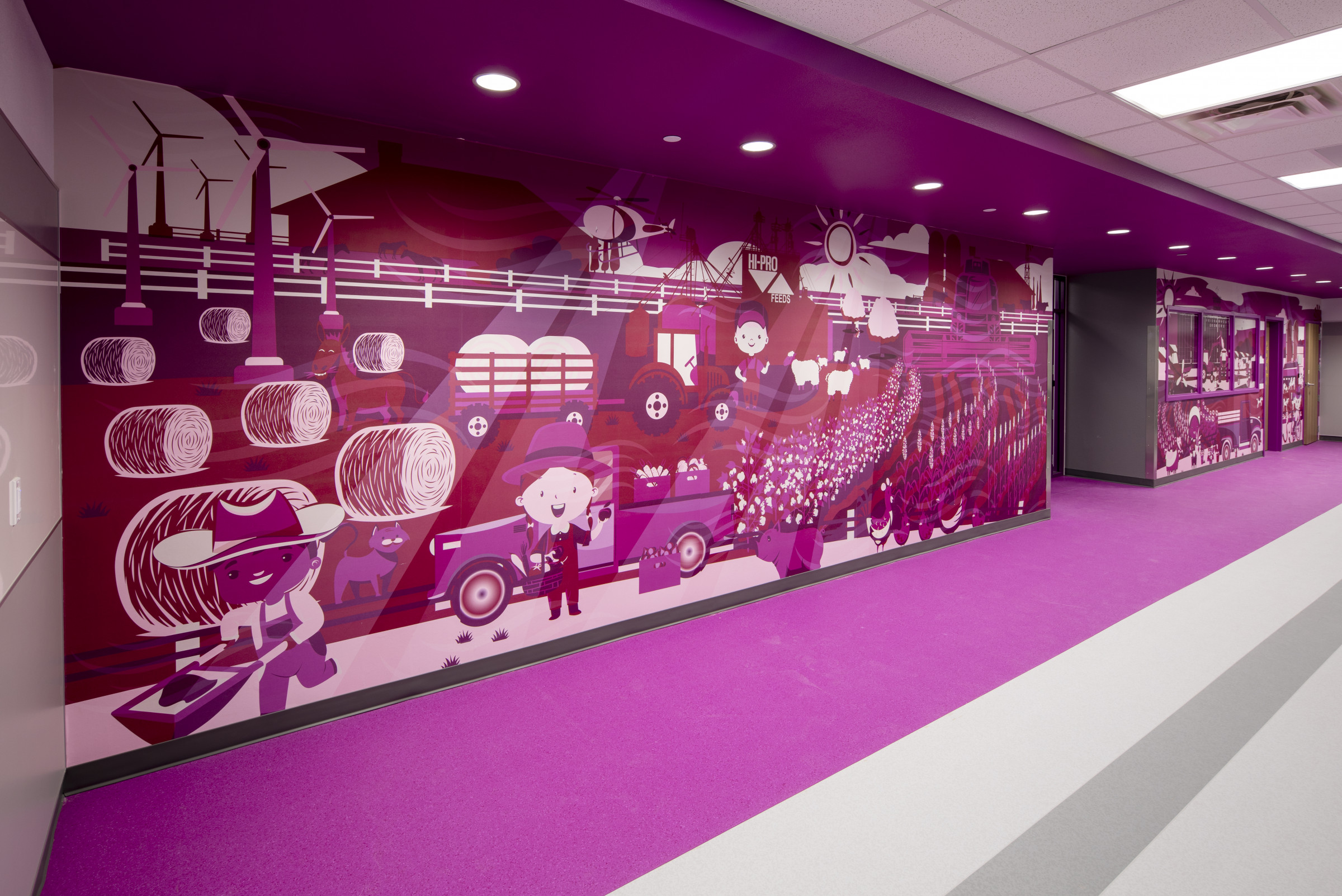 At the final meeting to discuss the murals highlighting each Hub entry, the school district could only say how much they loved them. Every element of each mural told the story of Friona and the county. From the displays of farm life to the silhouette of Hi-Pro Feeds and other businesses that have been a part of Friona for decades, the murals were described simply as “This is Friona.”

After the installation of the murals, there have been many visitors walk through the school to see them. I had the privilege to walk with some old classmates and friends who shared their honest opinions. Every single reaction included the word, “Wow.” They were blown away by the attention to detail in each mural. One teacher said, "Each time, I walk by, there is something else I notice in the mural.” In a way, there is an ongoing scavenger hunt aspect in each mural.

In the end, these murals have been very special to the school. They have become a showpiece for visitors and alumni who have heard from fellow friends that “They have to see the murals.

One of the most special elements in the murals is a young boy illustrated next to a tractor. The superintendent asked for the boy to be included as a tribute to the principal’s late son. When the principal takes a walk through the school, the memory of her son and of a team that wanted to do a little something special will always be there.