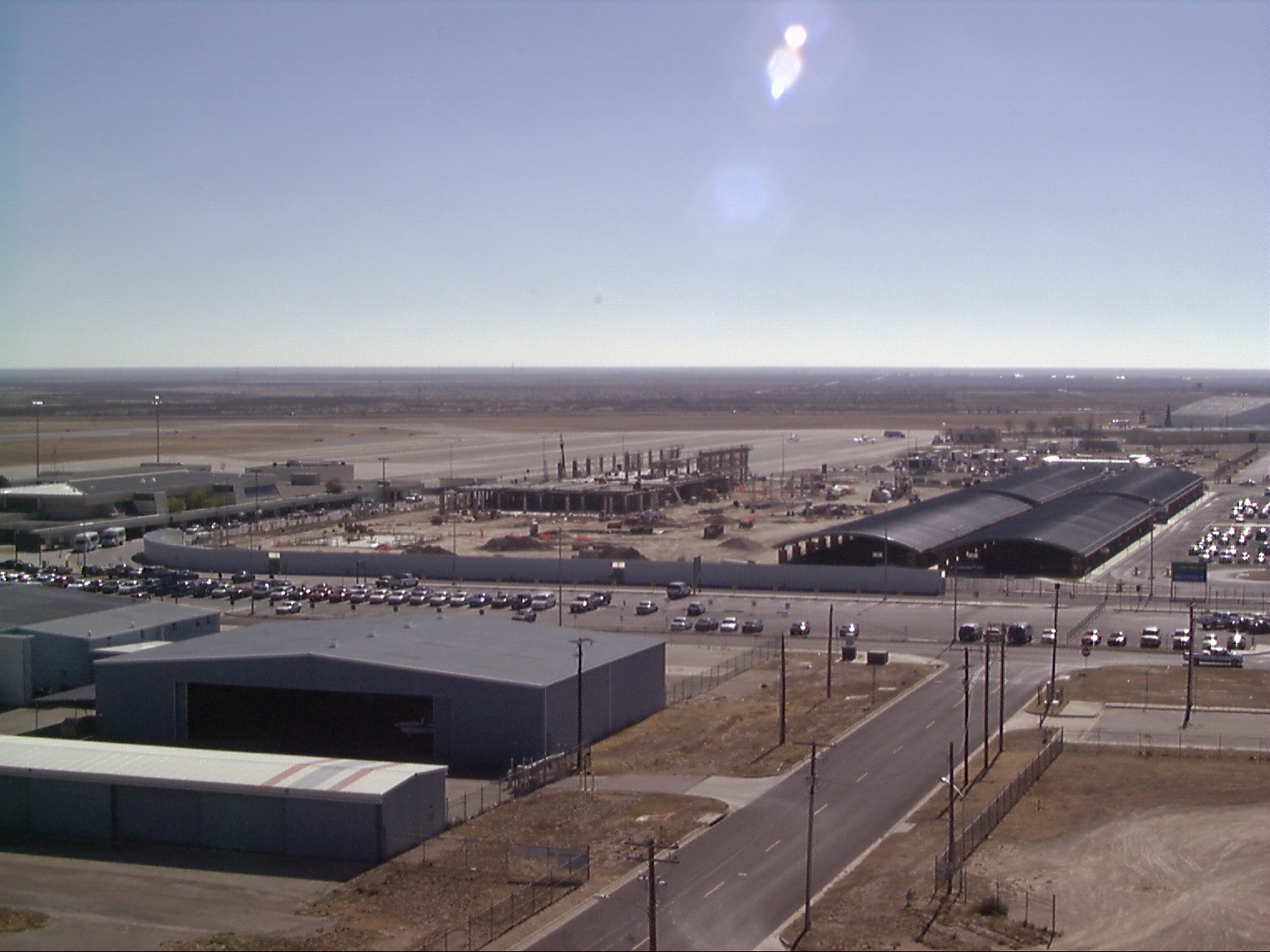 Starting in May 1996, the original Midland Airport terminal was serving its last years until the construction of a new Midland International Airport terminal was completed. Machinery clanked and buzzed on the project site as limo-style golf carts with passengers and luggage aboard made their routine treks – from parking lots, around the new construction to the old terminal and back again. Travelers filtered through a white enclosed walkway wrapping around the site of what would be the new terminal.

When plans at Midland Airport began in 1992, the city was deciding between renovations to the old terminal or completely new construction. Danny Winchester, PE, who had been with Parkhill for 12 years at the time, said that even with renovations to the terminal “it would still be an old terminal.” A citizens’ vote solidified the decision for new construction. Parkhill retiree Kyle Womack, PE, who was instrumental in the city planning, said the voters approved the measure by an 85-percent vote. The old terminal would remain open to allow for continued operations and a gradual transition to the new building.

“It really indicated the vast community support for the project,” Womack said.

The new terminal was designed in a popular open-truss style, and the exterior and covered parking featured curved edges and industrial materials mirroring the lines and sleekness of aircraft wings. Three statement columns were engineered to lean at a slight angle away from the terminal towards the street. This involved having custom bricks made for the design’s smoothly stacked surface leaning outward.

“The overall design concept of the terminal with the vaulted and exposed truss system roof has kept the terminal building current,” Winchester said. “Even after 20 years, the building does not look dated as many structures do after that many years.” 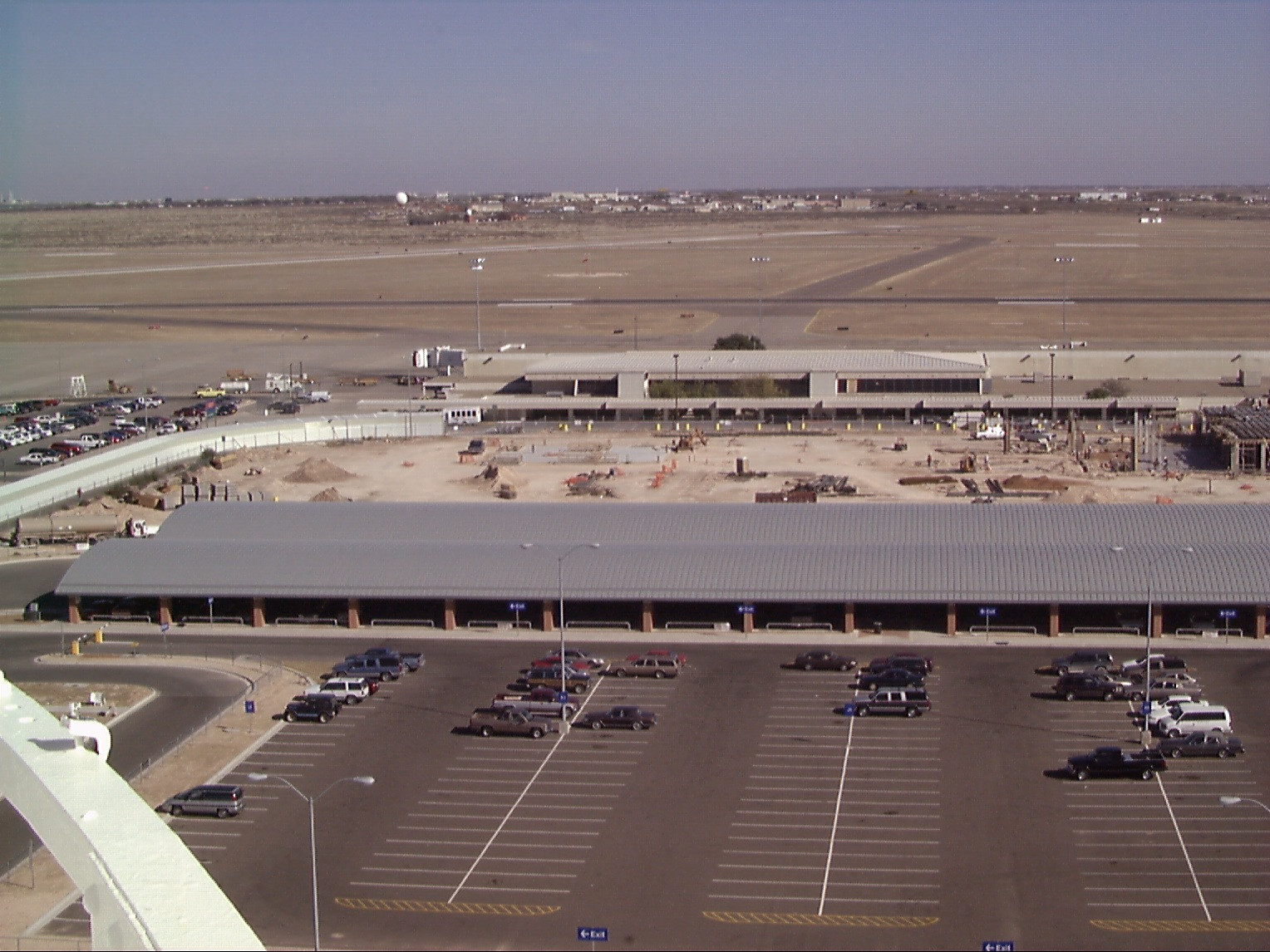 In the beginning of the new construction, a multi-story concrete parking structure was demolished to make room for the new terminal. The structure was designed by Bill Cartwright, whose firm Atcheson, Cartwright, and Associates would later merge with Parkhill, and completed in 1984. As the site was cleared and the basement was excavated, evidence of Midland Army Air Field was unearthed. During World War II, the military base completed practice drills with “dummy bombs” filled with flour and outlines of targets in the surrounding fields. However, to ensure the bomb discovered during the basement excavation was only filled with flour, the City of Midland’s bomb crew came to inspect the faux explosive before construction continued.

Keeping the old terminal in operation during the construction of the new added another dimension to the project’s timeline. When the new parking lot was completed after the multi-story parking structure was torn down, the airport had an enclosed walkway constructed and a golf-cart shuttle service around the construction for the convenience of travelers. 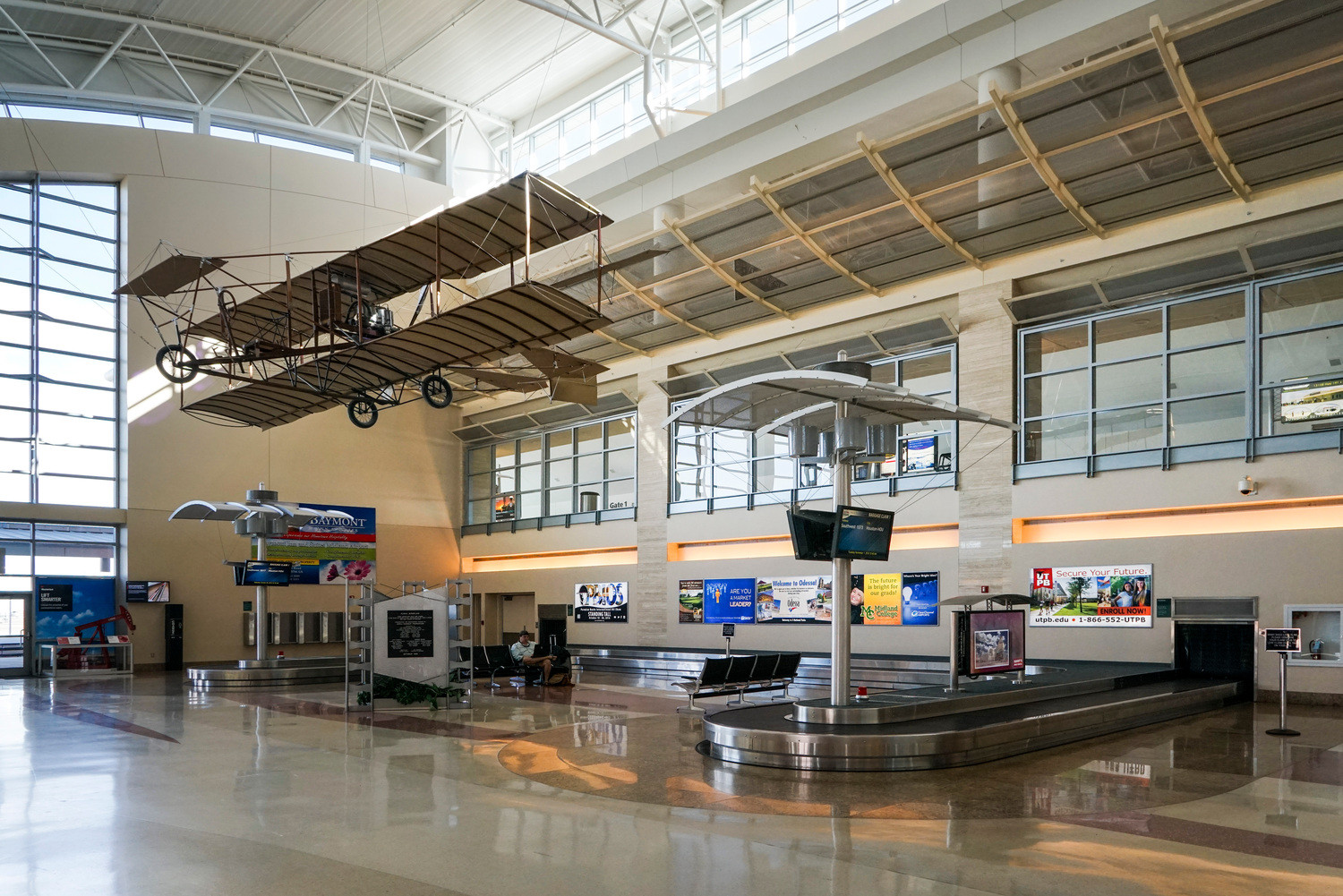 A piece of Midland’s aviation history was also moved into the new terminal and installed as a feature in the baggage claim area. The Pliska Aeroplane was the first airplane built and flown in Texas. John Pliska, a blacksmith, and Gray Coggin, a chauffeur and auto mechanic, built the plane in 1911. To give the plane the illusion of flight, a rigging was designed to suspend from the ceiling at baggage claim. The installation gives the continued illusion of flight and honors the stages the airport has been through during WWII and the development of the Midland International Air & Space Port.

The MAF terminal opened in January 1999. Minor improvements and remodels have been made on the interior including replacement of carpet with terrazzo flooring, all-new glass in the windows, remodel in the baggage claim area, and security improvements following the events of September 11, 2001.

“With us doing the remodels, we have intimate knowledge of the terminal’s construction,” Winchester said. 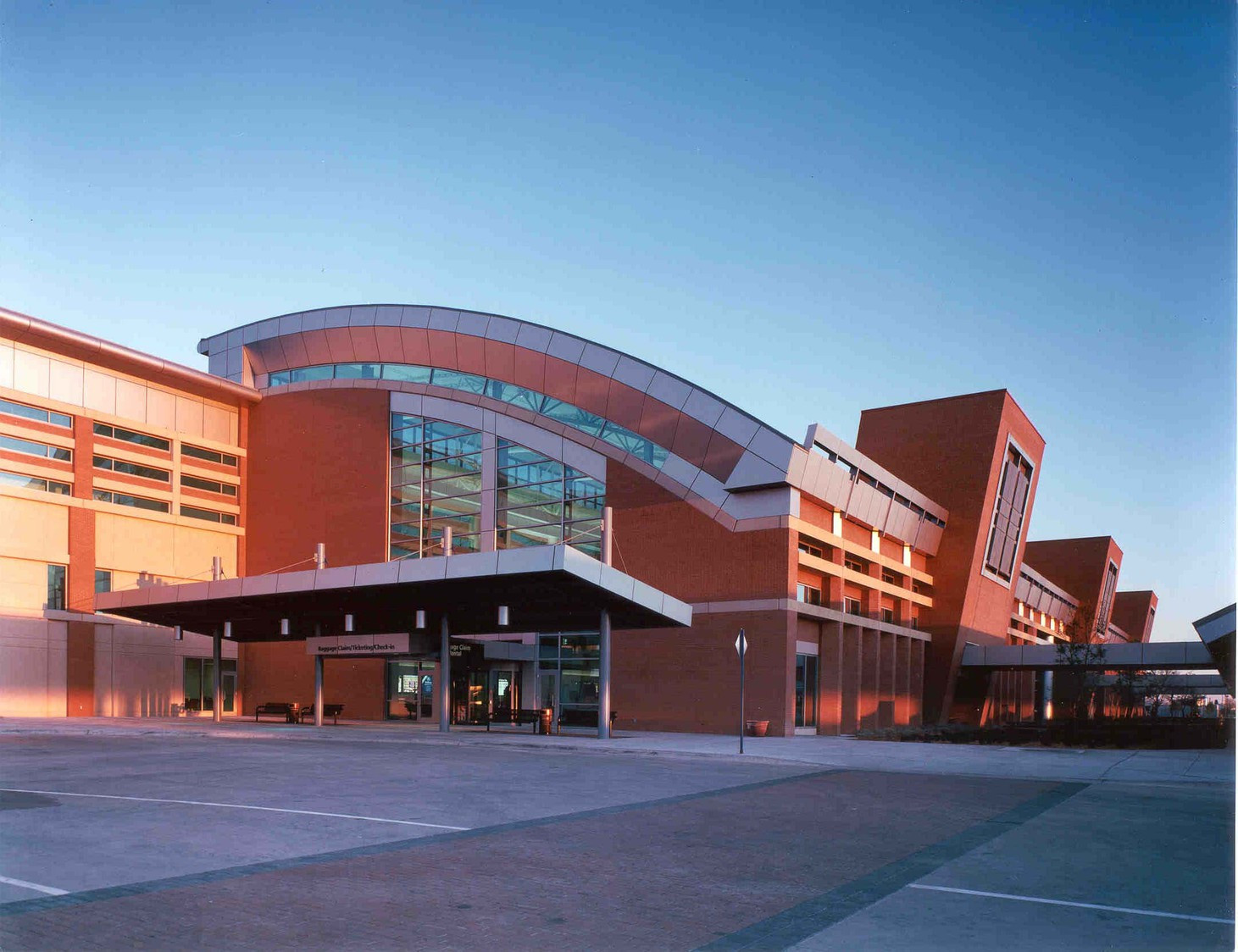 In January 2019, the airport celebrated the 20th anniversary of the terminal. Winchester said after 20 years of service the time has come to replace all five of the jet bridges. Recent projects also include paving dirt parking lots for much-needed additional parking.

“It has been special to me to be a part of this,” Winchester said. “A lot of travelers will look at the terminal and still say it looks like a new building.”

MAF has run approximately 550,000 enplanements annually with the oil and gas industry contributing significantly to that number of flights.

“Having spent almost 35 years on projects at Midland International Air & Spaceport, as well as it being the airport in my community, I feel the airport is a part of me,” Winchester said. “I take great pride in how the airport serves the Permian Basin and how it gives a great first impression to those traveling to our community for the first time.” 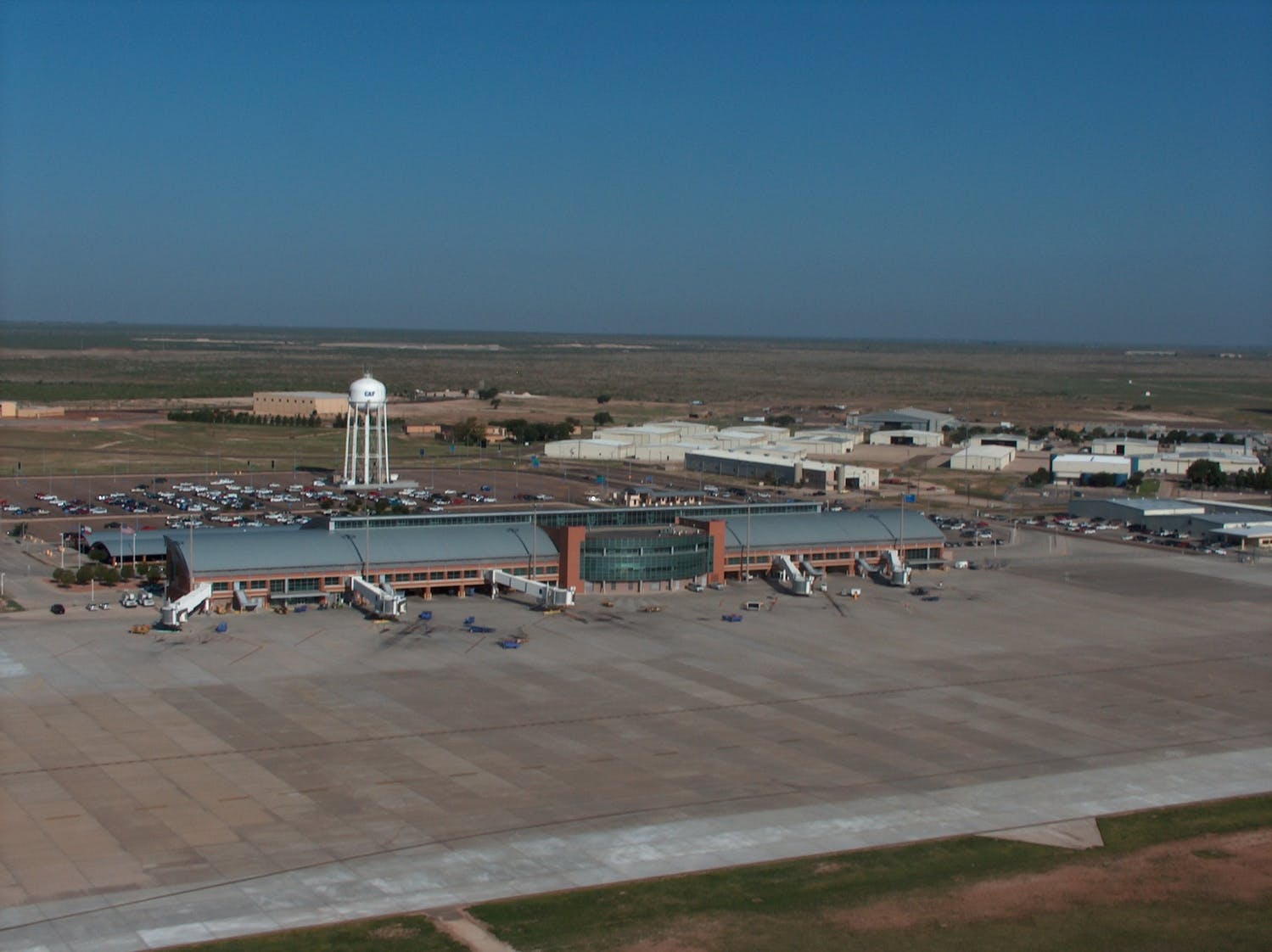