The City of Borger celebrated the opening of its most recent project with Parkhill, as city officials and Parkhill project architects cut the ribbon on the new municipal court building on July 18.

Parkhill has collaborated with the City of Borger to revitalize the fire station, police station and municipal court. The renovation of these civil buildings has helped Borger emphasize their community values.

“The police department saw that the fire station was getting something new, so they pushed toward getting a new facility themselves,” said Nichole Carroway, the architectural intern for all three projects.

This chain of events began with the fire station’s need for more accommodating facilities. The Borger Fire Department, which is led by one fire chief and 24 firefighters, provides the first response to structure fires, vehicular accidents, wildfires, hazardous materials, dangerous situations, and emergency medical calls within a response area of over 450 sq. miles. Their former facilities were not fit to meet those obligations.

The station was also given a new gym that incorporates CrossFit elements and state-of-the-art equipment. It is available to every service person in the City of Borger. Another space that personnel frequent is the new training area.

Paul Hare, the project architect, said, “The entire facility was too small for what they needed. So…we went through and added the necessary classrooms, offices, and additional apparatus bays.” 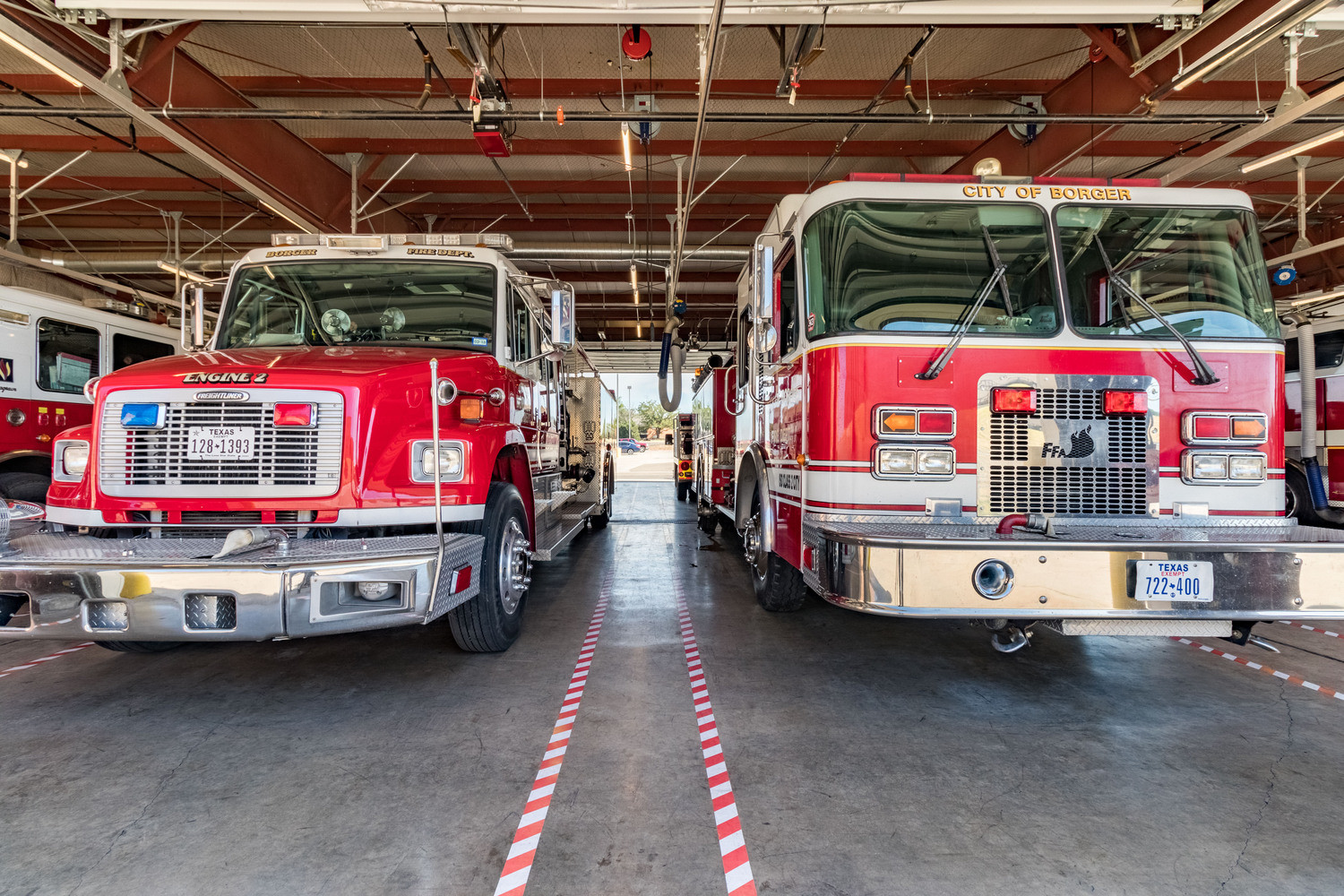 In addition to physical training, a space for classroom-style learning was added to allow for continued education. Its use also extends beyond the walls of the station, because it connects fire station personnel to the Borger community by cultivating learning opportunities and mutual understanding.

Carroway said, “Those are the people who we want to save our family members and such, so giving them that space was really a treat.” 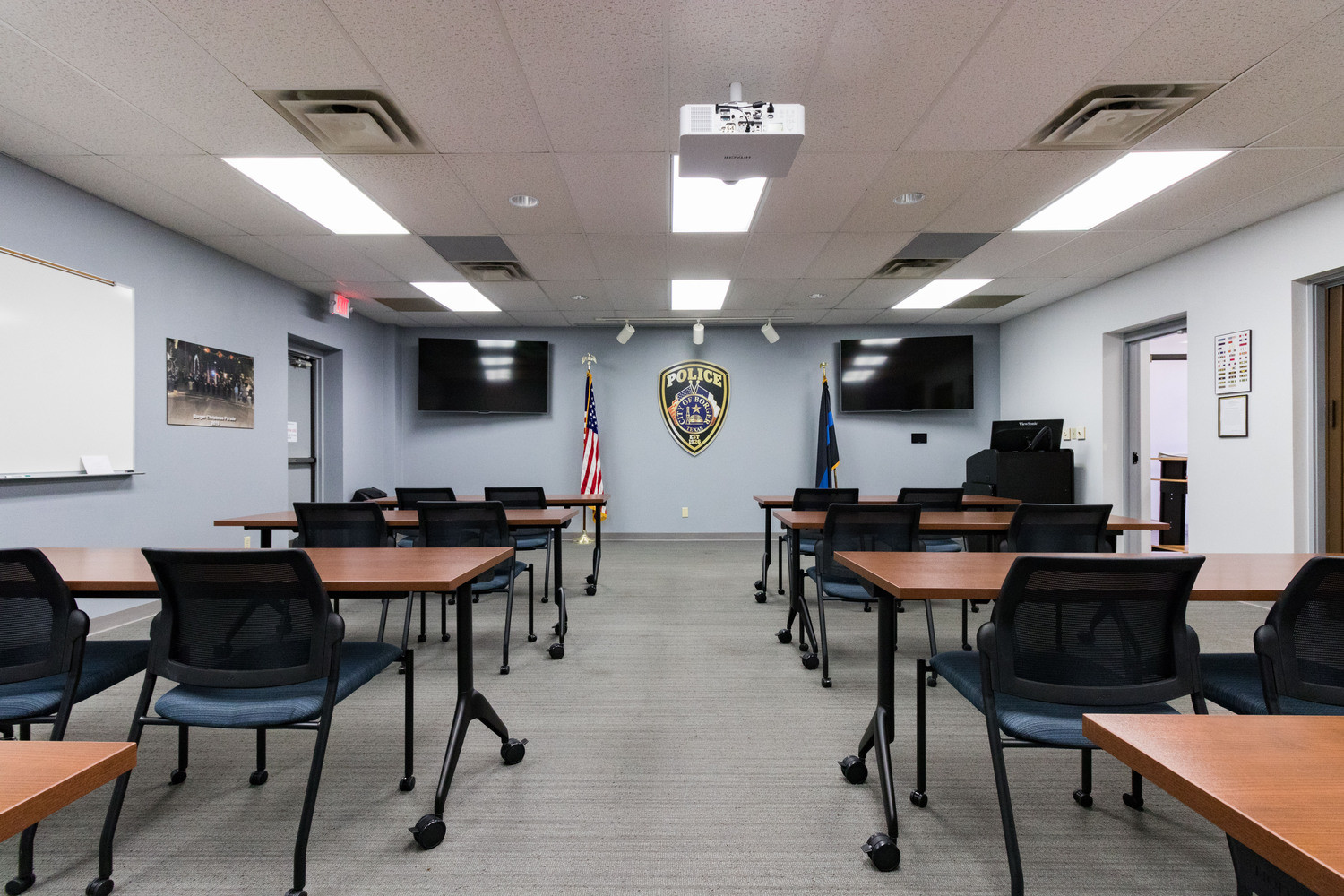 Following that project’s success, work began on creating a new space for the Borger Police Department who have a current strength of 43 employees, including 28 sworn officers.

“We were in dire need of a station,” Bruce Roberts, chief of police, emphasized.

The city found them another building, which Parkhill reimagined to fit their needs. Roberts said that phase meetings with Parkhill and the construction company kept everyone involved well-informed.

The resulting space fits all sectors of the police department and provides room for future growth. It also includes its own training area that they have already embraced beyond its original purpose.

Carroway said, “They’ve started using it as a backdrop for press conferences. So, when I see Borger pop up on the news, and they’re in their training facility that we worked on, that’s really neat to see something you worked on as a daily news feature.”

With the Borger Police Department established in their new space, the city’s attention turned to the building they had vacated. The Borger Municipal Court hoped to reinstate itself back into the original municipal court building.

A challenge for this project was that the building was also an operating 911 dispatch for the entire county that needed to be kept in operation throughout all phases of design and construction.

Eddie Edwards, city manager of Borger, said “Parkhill along with Plains was able to accomplish that.”

Before the update, the dispatch “was about the size of a dorm room,” Carroway explained. Their new facilities include a roomy suite with up-to-date technology. They also have been given a break room and an exclusive restroom area. Being a 24/7 service, these facilities will allow dispatchers to comfortably serve in an environment tailored to their individual needs. 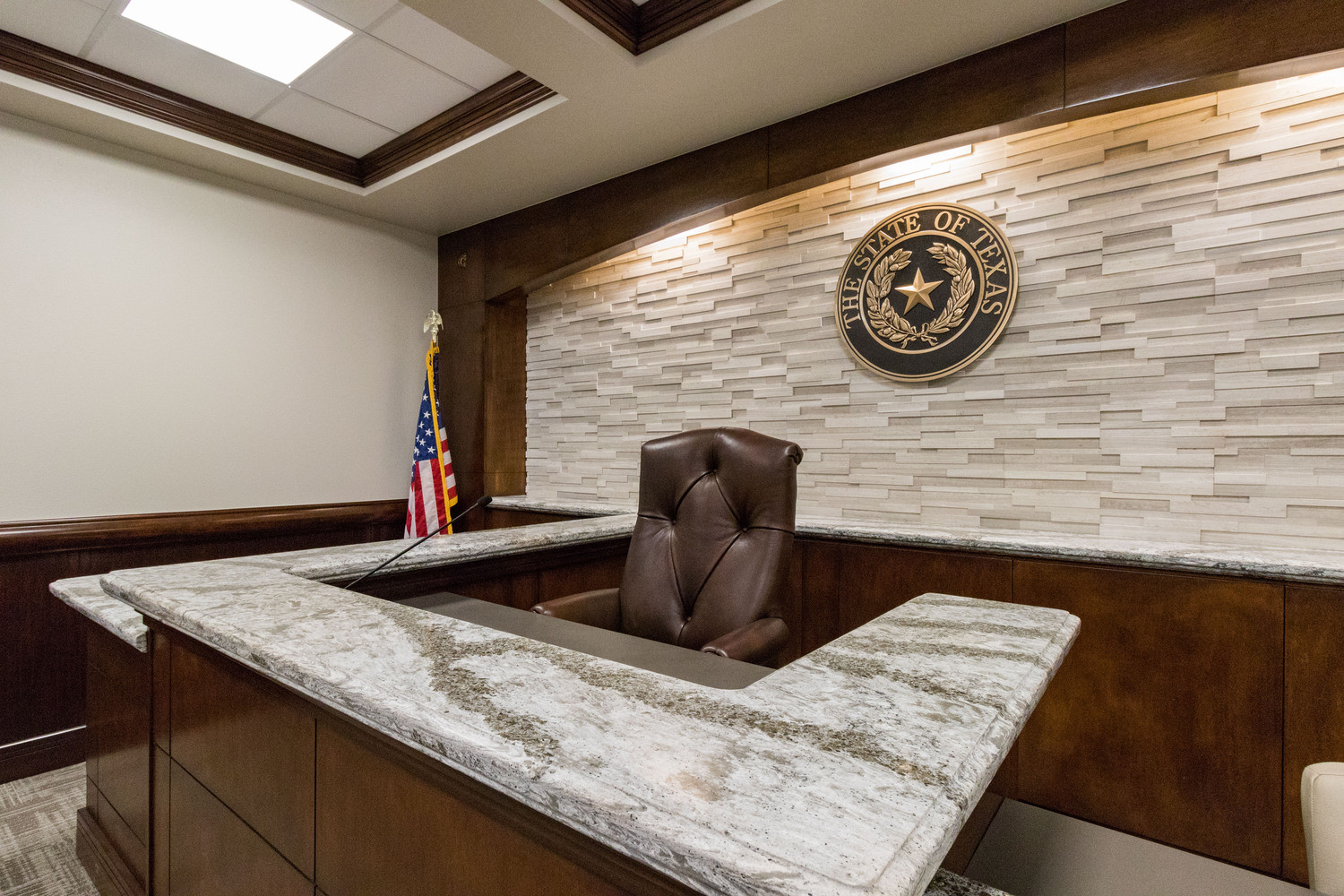 The biggest transformation, however, was the courtroom. Previously, the space resembled a large office with desks and chairs assembled in the style of a courtroom. It lacked the stature of a court, but “now, it really looks and feels like a courtroom,” Hare said.

“When I was a young officer,” he said, “this was the first place I testified – in this courtroom. So, it’s unique now being the judge and being back over here. It kind of feels like I went around in a full circle.”

The ribbon-cutting for the new municipal court building brought together members of the city council, the city manager, personnel from the courts and the police department, their families, Parkhill and the community of Borger.

“We were very excited for this day, very ready for this day,” said Griffin. The courtroom was the centerpiece of admiration. “It’s going to be one of the nicest courtrooms in all the Texas panhandle,” Calloway said.

Edwards agrees, “It’s a really nice courtroom with a modern-type design, and I think probably the envy of a lot of the courts in the county.”

The projects helped preserve landmarks recognized by generations of the community. The ripples of these three revitalization projects in Borger, Texas, will be enjoyed for years to come.

“I wish we had pictures of what it looked like before,” Carroway said, “because the change is just so dramatic. I know the people who work here remember that, and they’re really excited about this new facility.” 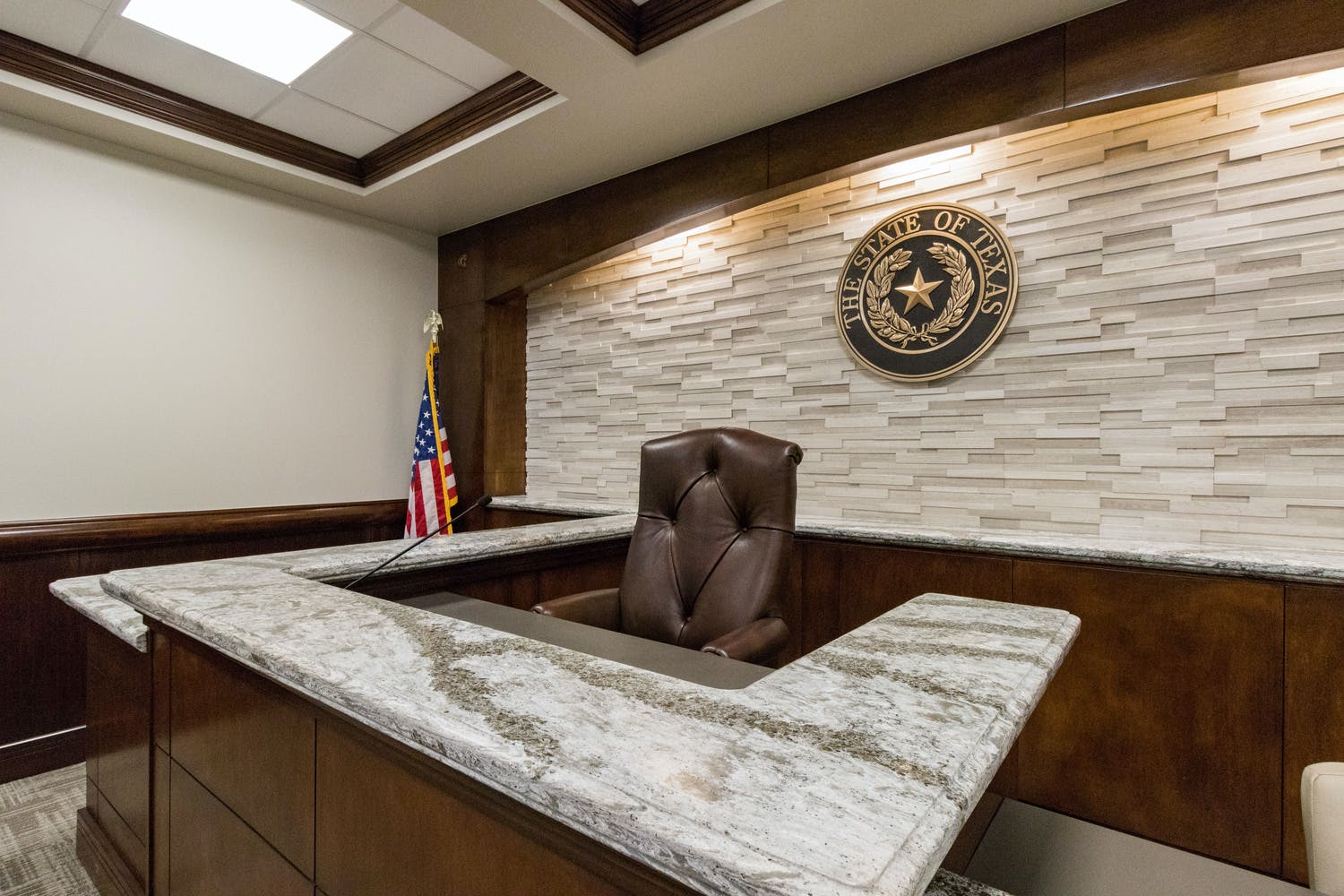