EL PASO, TEXAS — Horizon High School and Clint ISD will host a ribbon-cutting ceremony for additions and renovations completed for the high school on Tuesday, October 23, at 5 pm.

As part of an $80 million bond package, Parkhill was hired to design all bond projects for Clint ISD, including the additions and renovations completed in two phases at Horizon High School.

Due to the needs of the quickly growing student population, extensive improvements were made to the site. Some of the improvements include landscaping, eight new tennis courts with post-tensioned concrete and a dedicated restroom building, new parking lots to accommodate 411 parking spaces, a dedicated concrete bus drive, a dedicated service drive, three basketball courts, four handball courts, and a new code-compliant fire lane. Parkhill also addressed and resolved various campus drainage problems.

The school’s master plan included a new classroom addition, entry, main central interior corridor connecting all campus buildings, cafetorium and kitchen, CATE building, and other various improvements to the existing campus. As part of the plan for the school, a front façade was designed to identify the main entry, and an enhanced entry plaza aids in identifying the main entrance. The existing campus was previously designed to comprise various standalone buildings. The main corridor was designed to connect all the buildings and address safety concerns.

“The campus lacked a secure vestibule which we incorporated into the design, but the challenge was to maintain the school’s operation during construction,” said Luis Guevera, AIA. “The additions were placed right at the heart of the campus to give a more welcoming façade. With help from Jordan Foster Construction, we were all able to devise a plan to make this possible.”

The school previously housed 10th to 12th grades, while 9th grade was housed at a nearby junior high campus. The school district also desired to house the 9th grade at the high school. The new 9th-grade classroom building includes nine classrooms and two laboratories. The building is adjacent to the existing administration area and library and close to the main entry and new cafetorium.

“What I enjoyed most about working on this project was finding a solution for making the campus feel more cohesive by not isolating the new incoming 9th grade students and instead, placing their new classroom addition close to the heart of the campus,” Guevara said.

The previous dining facility was separated into two spaces by the main hallway, making it inadequate for its use. The new cafetorium was planned to be ample-sized and designed to host various student programs and after-hour community activities. A new state-of-the-art kitchen has four serving lines to increase efficiency and serving capabilities.

“I hope that the new main entry and cafetorium space will inspire a welcoming feeling for the entire community and a sense of pride for its students,” Guevara said.

Career and technology curricula will be encouraged by a CATE building, including a fire technology program space and electrical, plumbing, and construction classrooms with an adjoining construction trades lab space and an additional lecture classroom.

A standalone trainers’ building was built near the gymnasium, and the existing weight room was expanded. The nurse’s space was also expanded. Additional cameras have been incorporated, and access to the school is further secured by using proxy cards and door sensors. 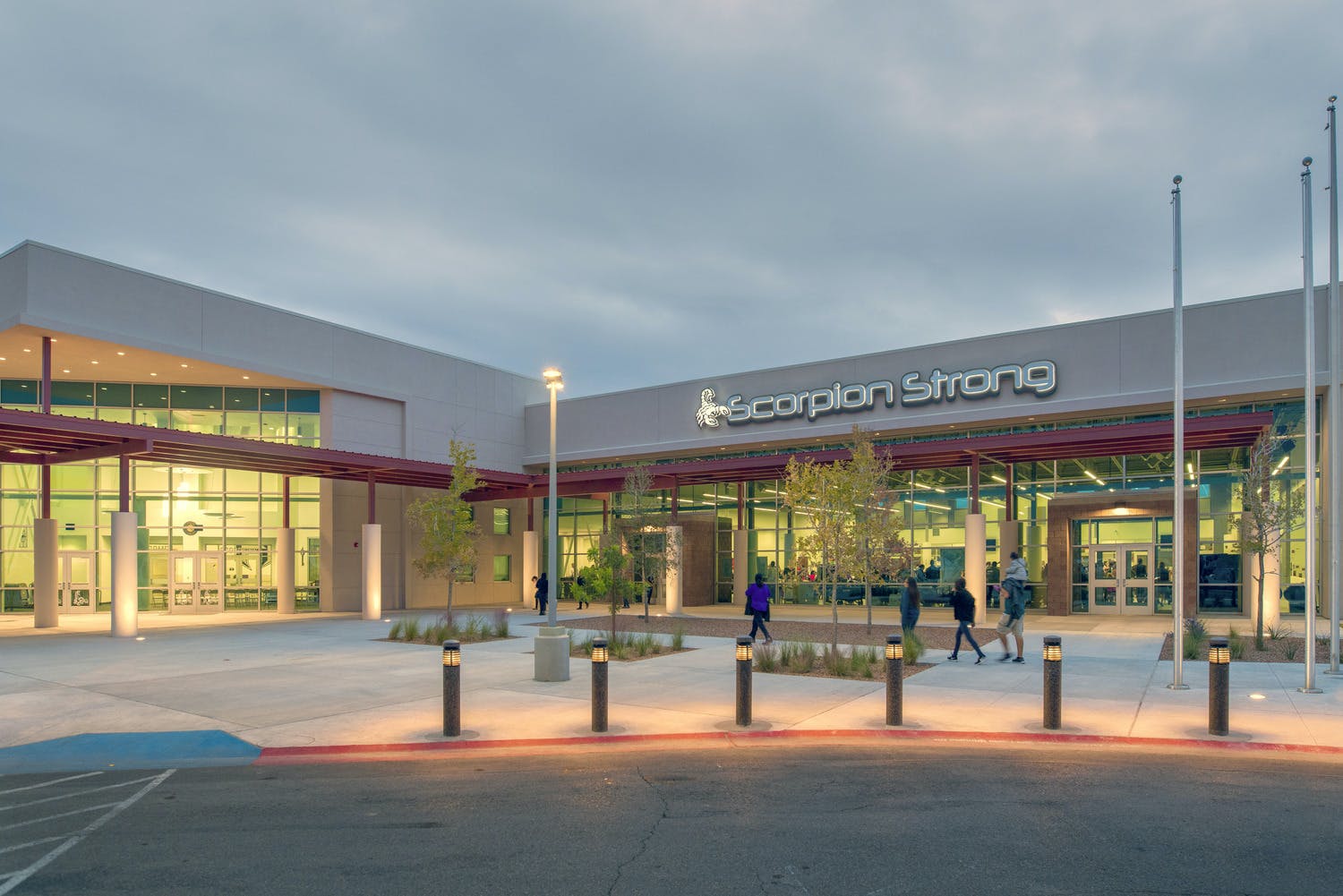 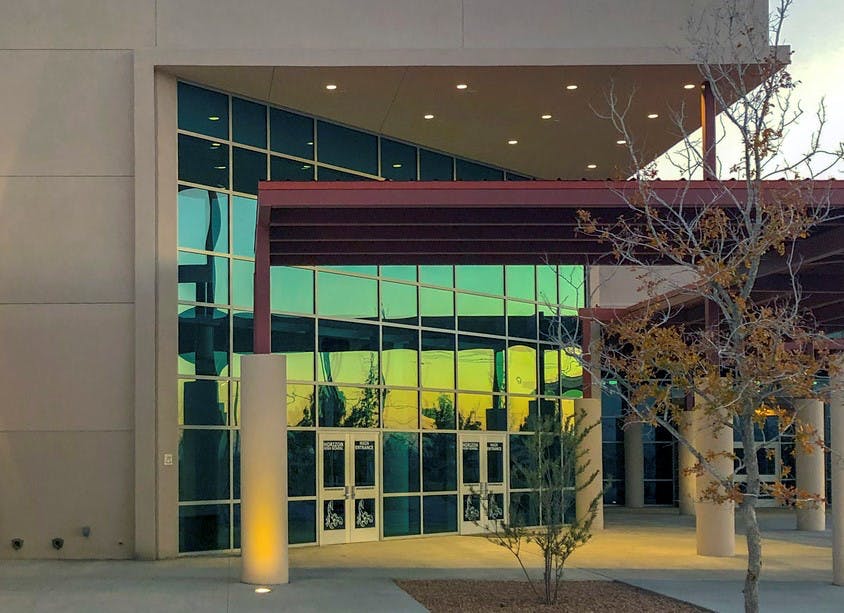