The Texas Society of Professional Engineers announced its award recipients on Thursday at its annual awards luncheon, and honored Eric West, P.E., F.NSPE, Principal and Director of Site Development and Planning for Parkhill, as the 2018 Engineer of the Year.

The awards luncheon took place at the Overton Hotel and Conference Center during the 82nd Annual Meeting and TSPE Conference. The event is being held for the first time in Lubbock.

﻿﻿﻿﻿﻿﻿﻿﻿﻿ “I’ve had the pleasure of watching Eric develop throughout his entire career of building community at Parkhill,” then-CEO and President Joe Rapier said. “This award speaks to not only Eric’s dedication to his profession and as a trusted advisor to our clients, but also to his leadership to the engineering profession.”

As a site development expert, he has directed engineering services for more than 4,000 acres of commercial and residential land and master-planned more than 11,000 acres in the Permian Basin. He has been instrumental on large municipal and transportation planning projects in the region, including Comprehensive Plans, Master Plans, Feasibility Studies, and Route Studies. 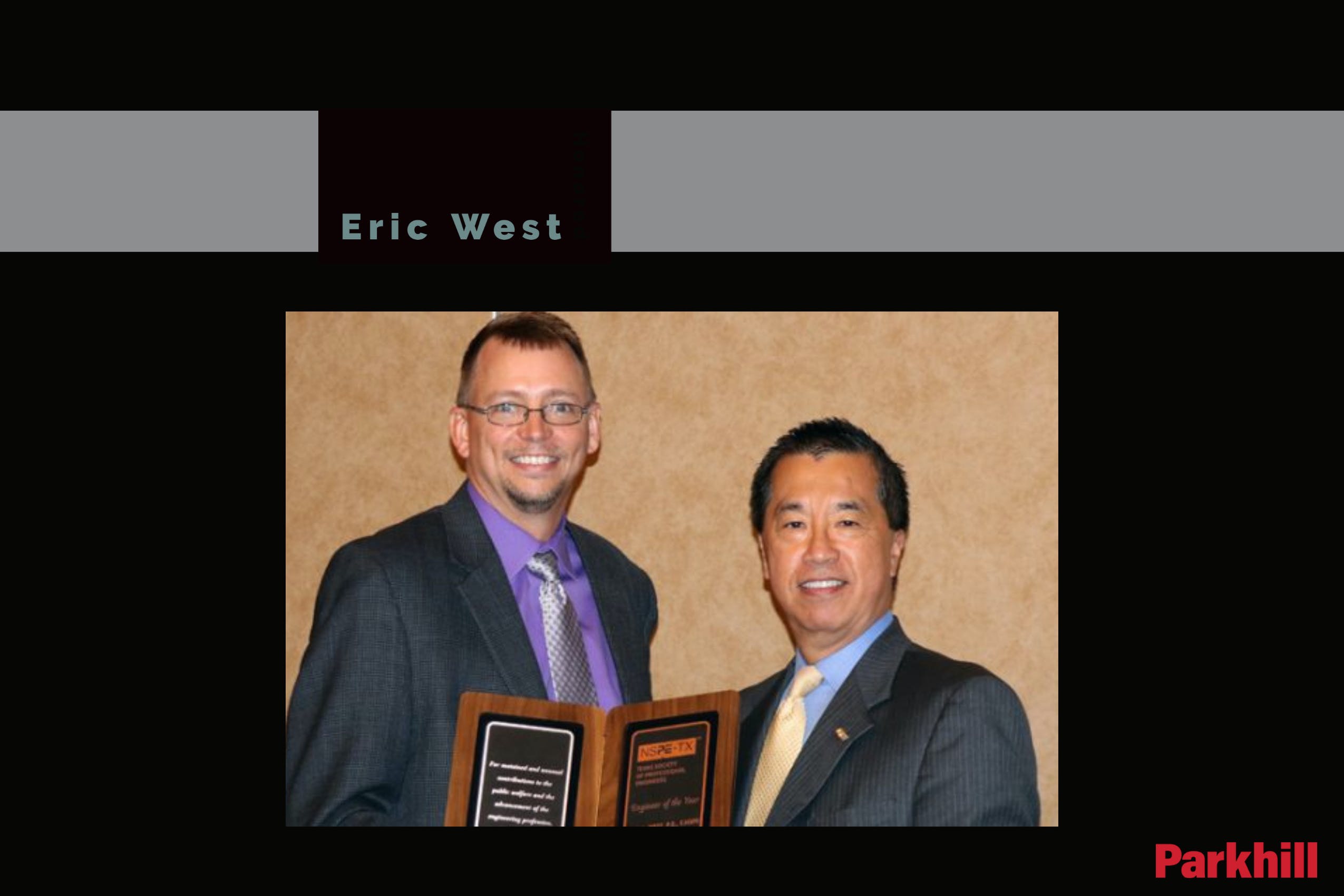