Parkhill's then-CEO and President, Joe Rapier, was installed as the new President of the Texas Society of Professional Engineers during the 82nd TSPE Annual Meeting and Convention at Overton Hotel and Conference Center in Lubbock in 2018.

The Texas Society of Professional Engineers (TSPE) is a state society of the National Society of Professional Engineers. TSPE, one of the largest state societies in the United States, was founded in 1936 to serve the interests of the individual engineer in Texas across all branches of engineering. Composed of 24 local chapters and eight student chapters, TSPE is the only active, established organization devoting its entire effort to the professional, ethical, economic, social, and political aspects of engineering in Texas. TSPE’s mission is to promote and enhance the profession and licensed practice of engineering to ensure the health, safety, and welfare of the citizens of Texas.

Rapier has served as President of the South Plains Chapter of TSPE and Regional Vice President. He also is a past chairman of the State Legislative Affairs Committee. Rapier has been named Parkhill Director of Innovation. As his term ended, he was named Fellow of the Texas Engineering Foundation.

“Serving as President of TSPE is a great honor,” he said. “I look forward to representing the interests of every Texas Professional Engineer and striving to continue our long tradition of enhancing and promoting the profession.”

After completing his Bachelor of Science in Architectural Engineering in 1981, Joe began his career as a structural engineer in Lubbock, Texas before kick-starting his own practice. He joined Parkhill after being named the TSPE South Plains Chapter Young Engineer of the Year in 1991. By 1995, he was made an Associate and later a Principal in 1998. He led Parkhill’s MPE/Structural division until in 2006 he became only the fourth Chief Executive Officer and President in 60 years of Parkhill history.

In 2013, Joe was named the Engineer of the Year by the TSPE South Plains Chapter and was honored as a Leadership Lubbock Distinguished Alumni. He is also an active member of the American Council of Engineering Companies. In 2015, he was inducted into the Academy of Distinguished Alumni for the Cockrell School of Engineering at The University of Texas. 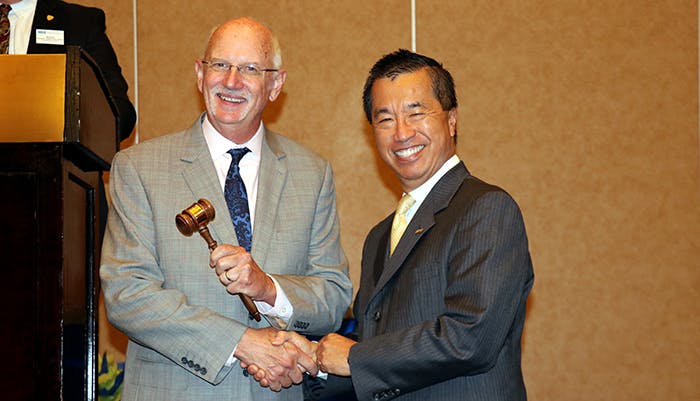