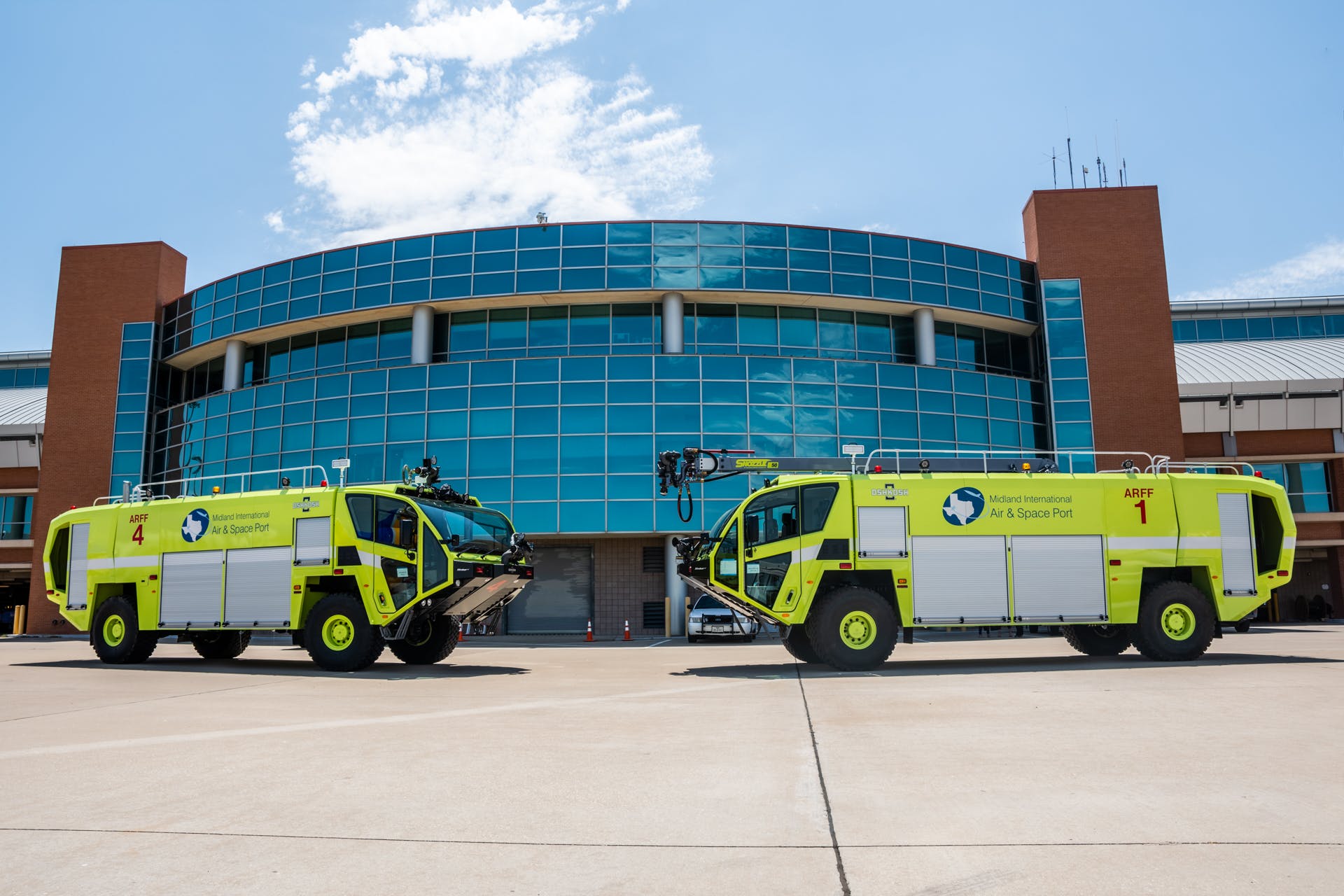 Midland International Air & Space Port took delivery of 2 new FAA Class 4 Aircraft Rescue and Fire Fighting (ARFF) Vehicles the week of June 10, 2019. These 2 vehicles replace the current primary ARFF vehicles that had reached the end of their useful life. Parkhill assisted the airport in preparing the FAA grant application, including developing the justification for replacement and the objective of the project. This allowed the project to be funded 90% with FAA AIP funds and 10% from airport funds. Parkhill along with the airport’s ARFF chief prepared the specifications, and Parkhill assisted the airport during the bidding and manufacturing process. Oshkosh was the successful bidder for the vehicles, and the notice to proceed was issued to Oshkosh in October 2018. The new ARFF Vehicles were constructed and delivered in 8 months.

Each vehicle meets the FAA Class 4 ARFF Vehicle having the capacity for 1,500 gallons of water and fire fighting foam. Both vehicles are equipped with a forward-looking infrared camera (FLIR) to allow the driver to see through the smoke and identify the source of the fire. One vehicle is equipped with a high reach extendable turret which has an aircraft skin penetrating nozzle on the end. This allows the driver to pierce the aircraft skin and apply the fire fighting agent inside the aircraft. The total cost of both vehicles is $1.4 million.