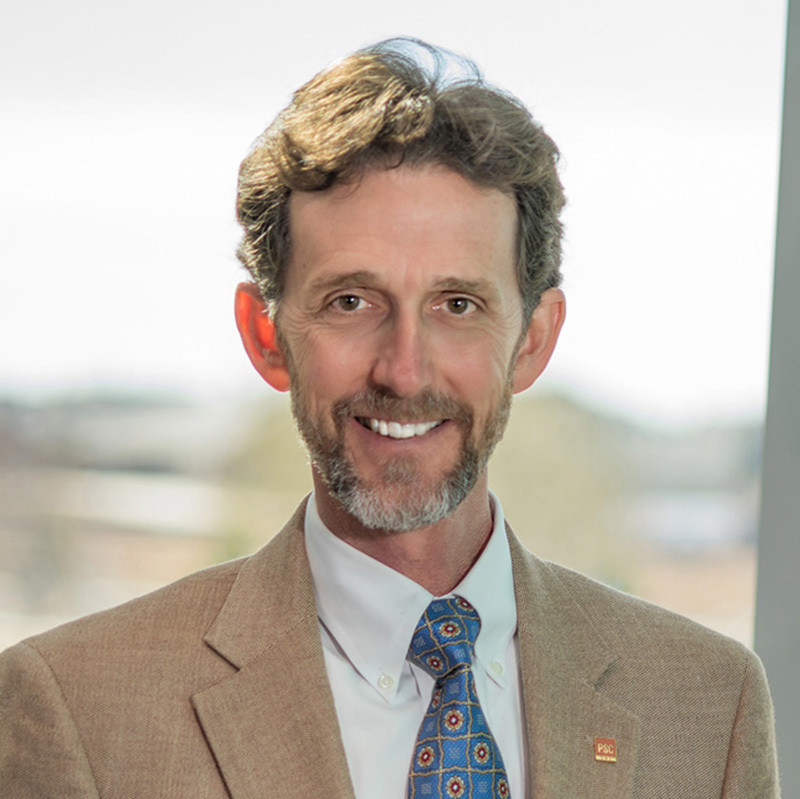 For senior associate and engineer, Larry Bell, working for Parkhill in the Aviation Sector has always encouraged his fascination with airports and incorporated his experience in site and residential development.

“I’ve just always enjoyed aviation since the early part of my career 29 years ago. In those days I was an on-site ‘RPR helper’ on several Parkhill construction projects and also helped update ALP’s (Airport Layout Plans) for several airports in Southwest Texas. I have interests in general history, aviation, and World War II history. All these interests combine on most airport projects because many Texas airports were built or expanded during WWII and later became the city and county airports Parkhill has helped develop and maintain for many years.”

Larry said that the aviation sector is a combination of services Parkhill provides.

“Many, if not all specialties of civil and architectural design are needed at an airport, especially an airport at a remote location,” he said. “It’s much like a city. Consider the potential needs of an airport and you see the specialties Parkhill provides. For instance, focus perhaps just on the need for water. They need a water source – likely wells. Then water collection piping, followed by water treatment to safe drinking quality, and then sufficient pressure and volume by putting it into a water tower or via pumps. Then distribution pipes transport the water to the various users. Realize that all those described elements are designed specialties within Parkhill. 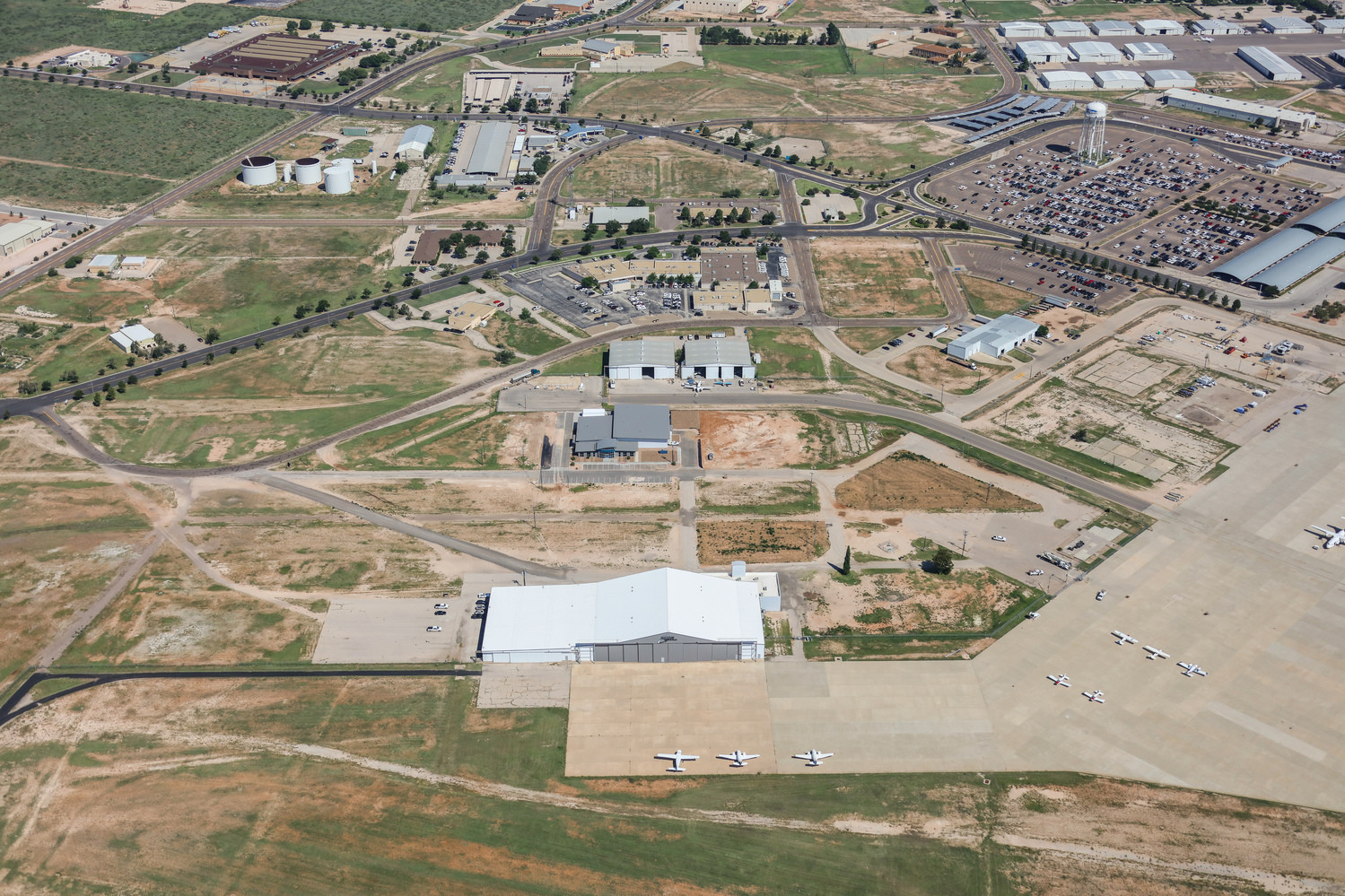 Larry initially graduated with a bachelor of business administration degree in finance and real estate from Angelo State University in 1985 and a Bachelor of Science degree in Civil Engineering from Texas Tech University in 1989. Larry grew up in Seagraves, Texas, and joined Parkhill in 1990. He became a licensed professional engineer in the State of Texas in 1995. He was named a corporate associate of Parkhill in 2011 and a senior associate in 2018. Until 2014 he focused primarily on-site and residential development before joining the Aviation Sector.

“We’ve worked closely with residential and commercial developers through the years, beginning with Doug Henson of SBC Corp., Mike Black, and Mark Payne.  Parkhill has been blessed to work with developers through multiple years, designing sequential housing infrastructure developments and seeing Midland grow. Neighborhoods familiar to Midlanders such as Grassland Estates, Westridge, Grandridge, Solomon Estates, Woodland Park, Heritage Oaks, and Stonebridge are but a few in which Parkhill has had a key role.”

In the site development realm, one of his most memorable problem-solving projects was the Midland Christian School storm sewer. Midland’s relatively flat terrain compounded the surface drainage challenges at MCS when it rained. Students and teachers stepped in slow-moving ankle-deep surface water in certain areas of the campus. Rainwater tended to build up on the west side of the building and slowly move northward on the adjacent sidewalk.

“It’s relatively easy to take water underground into pipes but not so easy to get it back out given Midland’s flat terrain.”

In the MCS project, we were able to route the storm pipe network alongside the existing buildings to what appears to be a curb inlet at the low end of the site – yet this inlet actually works as the downstream water outlet. During a rainstorm, rainwater exits the piping system downstream as fast as it enters upstream. Once the rain stops, an amount of water is left trapped by gravity in the lowest pipe and the curb outlet below the gutter level. We worked out a solar-powered pump to then slow-drain this last “wedge” of trapped water from the curb outlet such that ultimately the pipe system is able to fully dry out. That was an interesting Parkhill solution that has hopefully continued to benefit Midland Christian School. 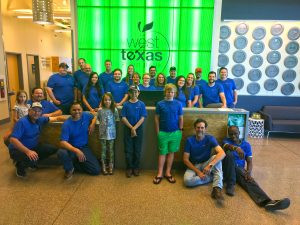 “It has been great working in the Midland Office of Parkhill through these years. Parkhill in general and specifically the Midland Office has had a role in designing a vast footprint of buildings and facilities Midlanders use and see every day. In schools, hospitals, churches, stores, sports facilities, office buildings, residential developments, and all the supporting infrastructure. Parkhill’s impact can be seen. I’ve been very blessed to be a part of the community Parkhill has helped create.”

Larry is a member of the American Society of Civil Engineers – West Texas Branch and previously served as the organization’s president. He is also involved in the Texas Society of Professional Engineers. 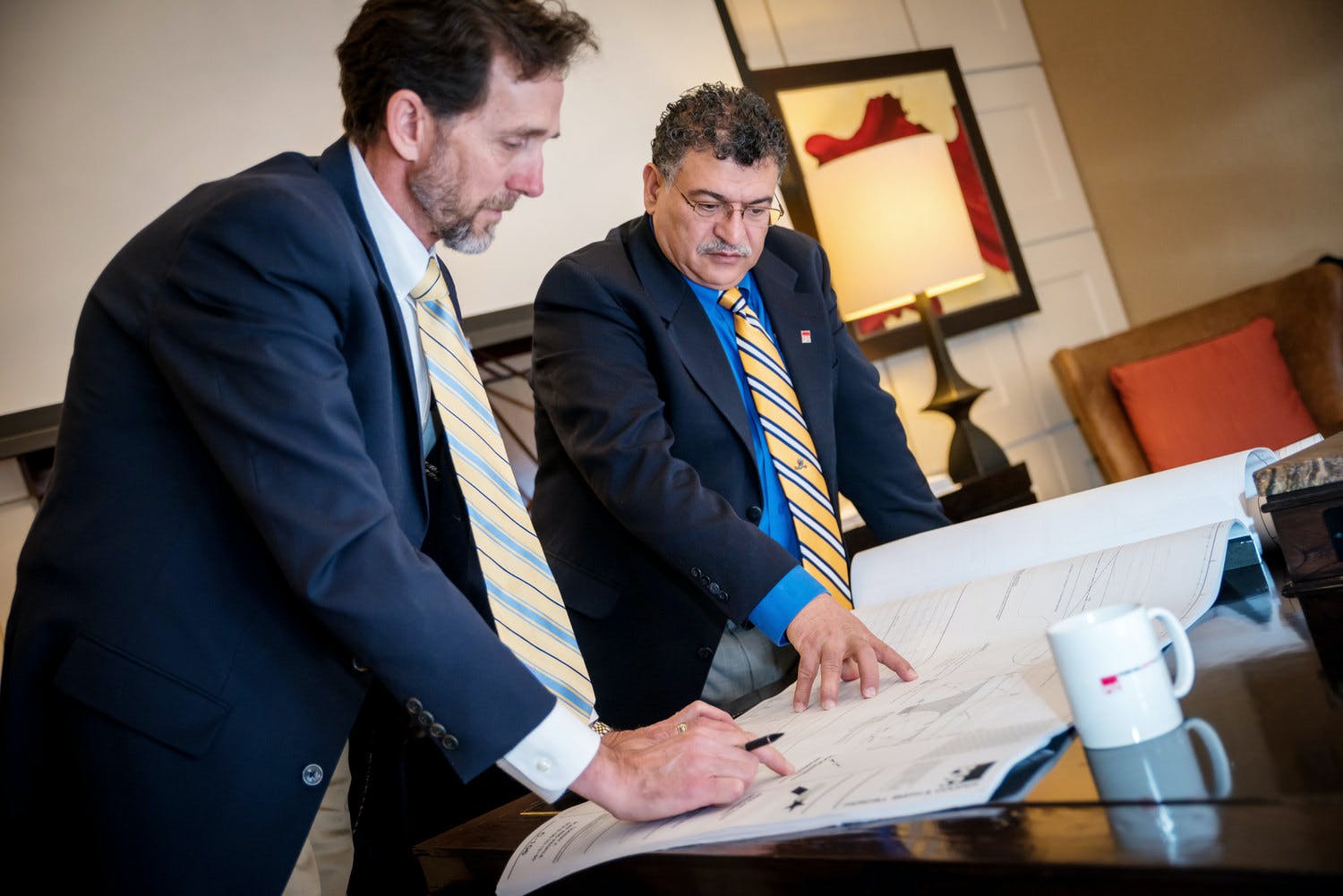