Parkhill’s recent master plan for the new Midland International Air & Space Port is part of a new FOXnews.com feature on how the West Texas airport and city are investing in the future of an industry and its economy.

XCOR moved its headquarters to Midland from Mojave, California. They now have a 40 thousand square foot office and hangar facing the spaceport’s runway. The company is on a mission to prove the commercial viability of space travel. Tickets to space from XCOR are on sale for $150,000.

The Space Port Business Park proposed at the Midland International Air & Space Port is planned as a 50-acre mixed use development dedicated to supporting the space flight industry, research, and related facilities.

Parkhill’s Aviation Team worked extensively with local, state, and federal agencies during the development of this project. Additionally, Parkhill was in close collaboration with the Midland International Air & Space Port and was successful in obtaining the very first horizontal take off Commercial Space Launch Site License at a commercial service airport in the United States from the Federal Aviation Administration in Washington, D.C.

Read the Full Story on Foxnews.com 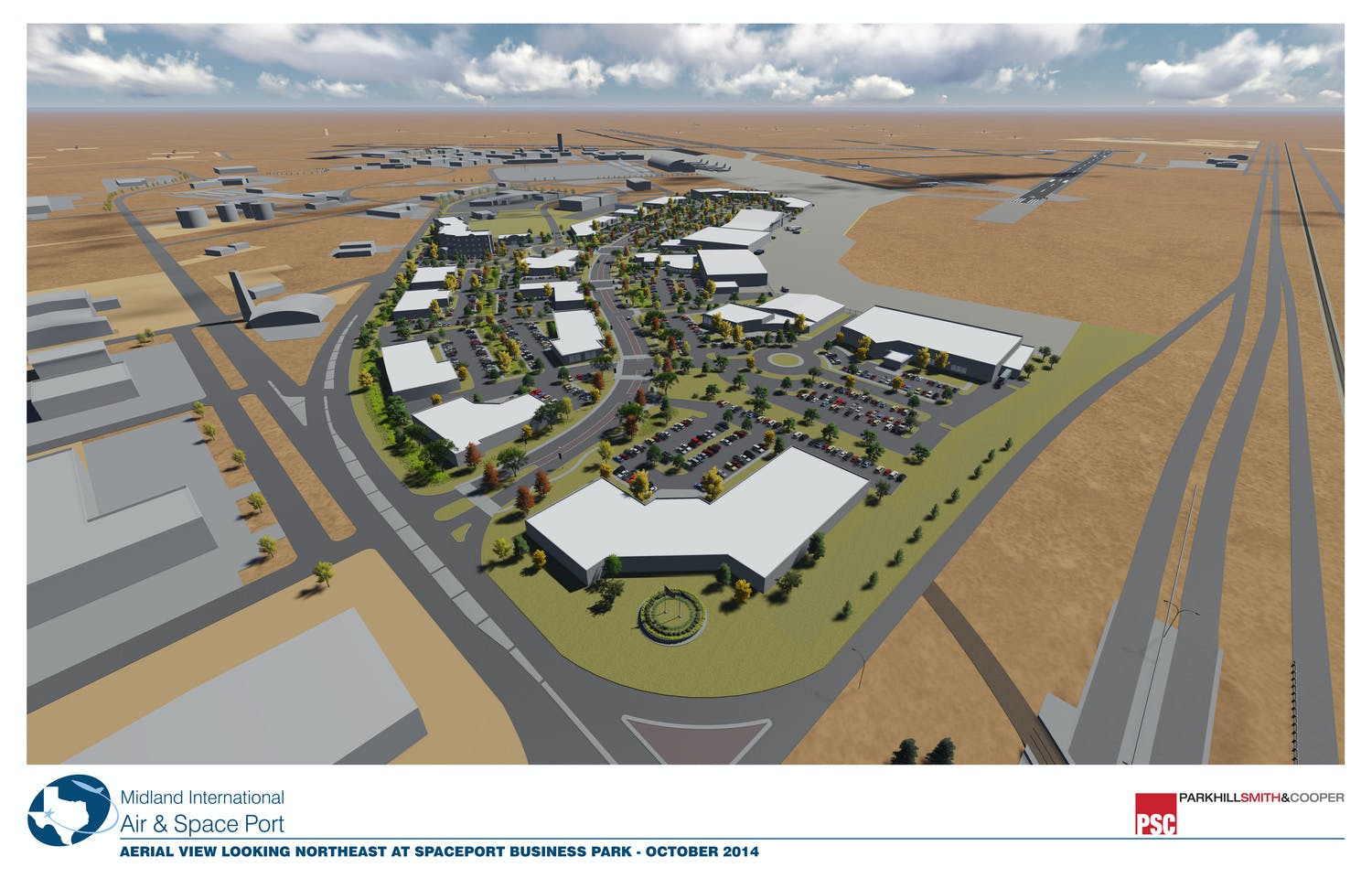