Since March, West Texas Food Bank has been closed to volunteers in order to protect their frontline employees & ensure their food products were safely distributed. Meanwhile, both COVID-19 and the downturn in the economy have resulted in a more than 240% increase in food being delivered with even more being requested. When the food bank re-opened its doors to volunteers with strict physical distancing and COVID-19 guidelines, volunteers from Parkhill’s Midland office were first in line to serve. Senator John Cornyn also joined the volunteer efforts on August 17. Parkhill has a valued client relationship and lengthy volunteer history with WTXFB.

From My San Antonio

U.S. Sen. John Cornyn visited the West Texas Food Bank in Midland on Monday for a tour and to pack senior boxes with volunteers from Parkhill.

Cornyn had a press conference with WTFB executive director Libby Campbell, Midland Memorial Hospital President and CEO Russell Meyers, and Spencer Robnett, at-large city council member, about how the CARES Act, which was passed in March, has helped Midland. The area will receive $61 million in funding, some of which has already been dedicated. 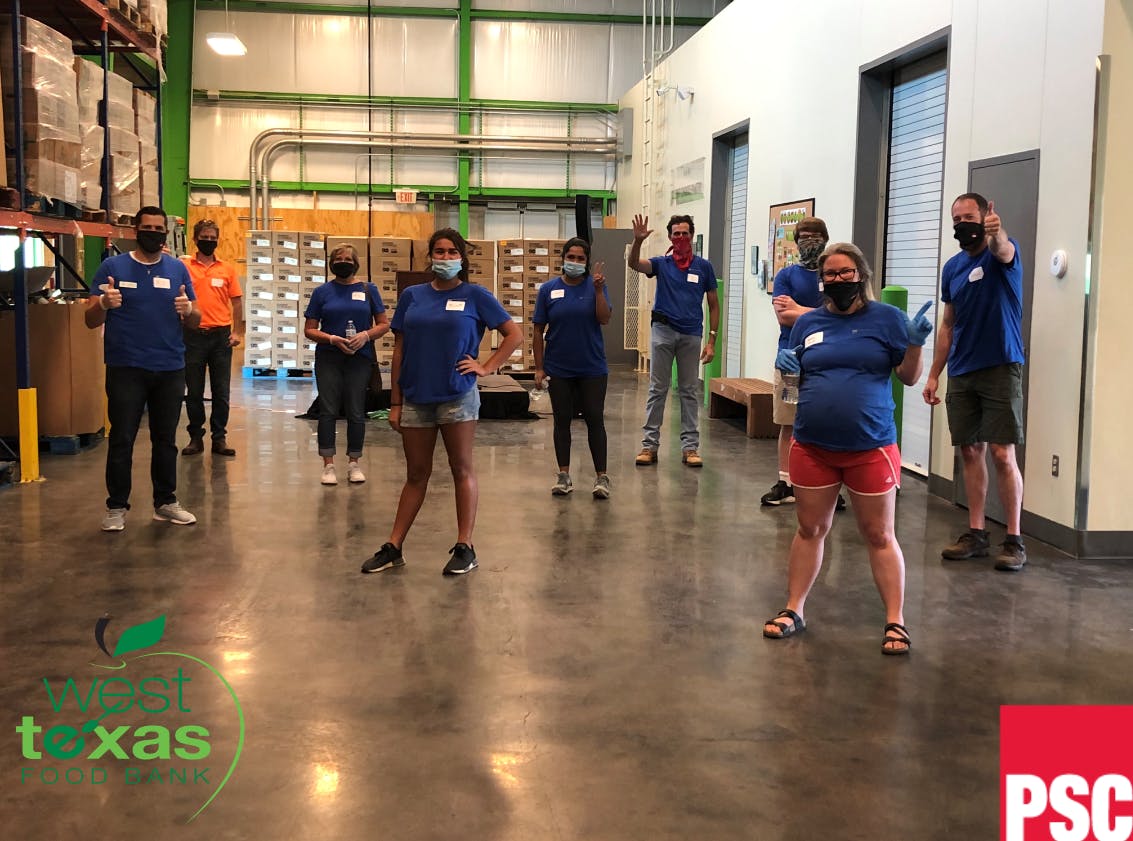 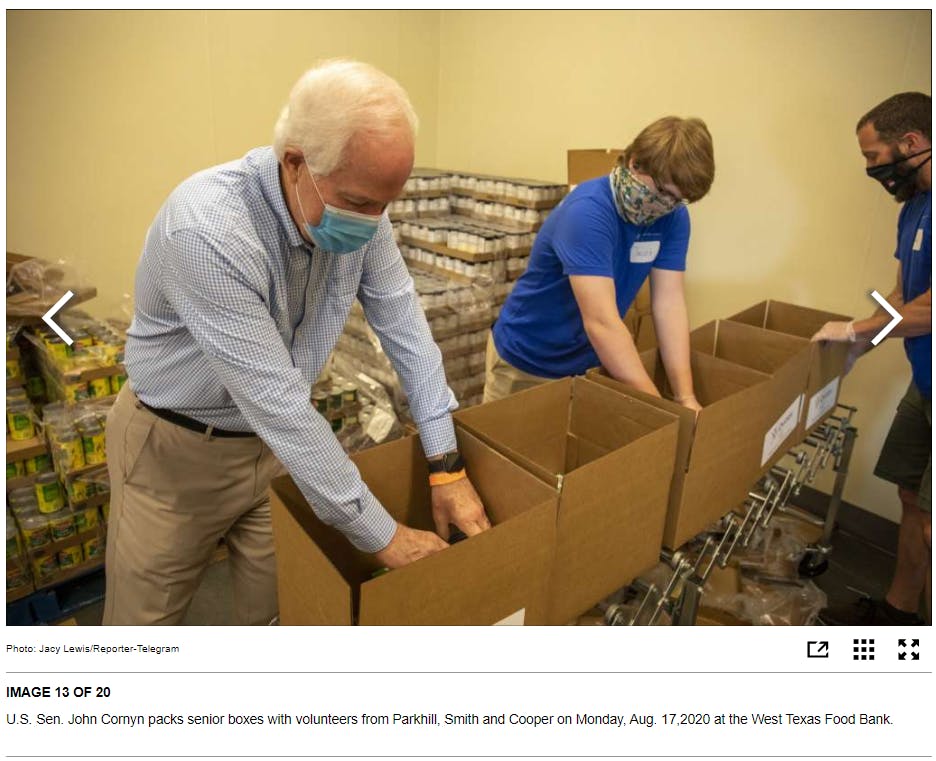 Sen. Cornyn worked alongside Parkhill employees for the food bank.