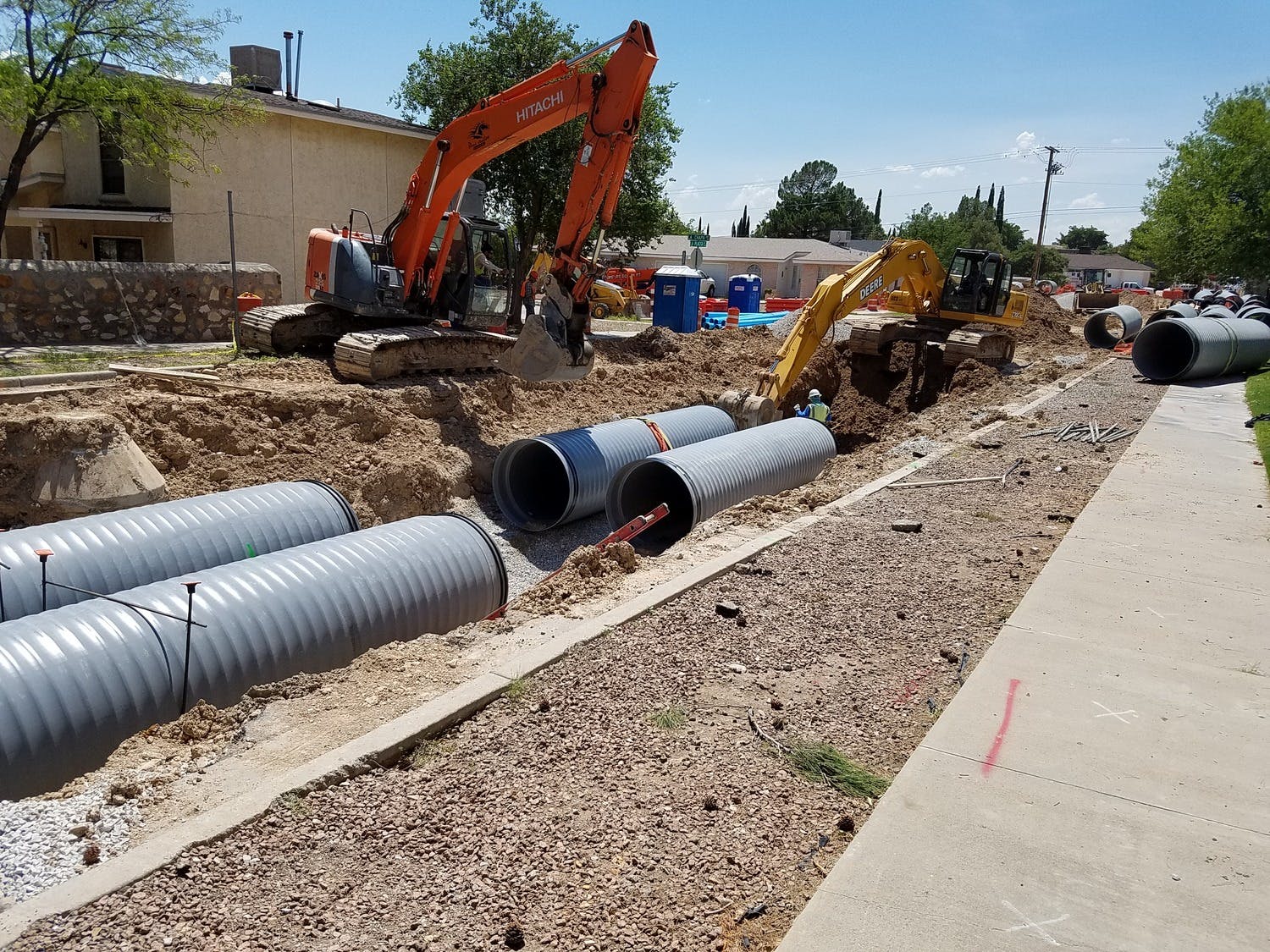 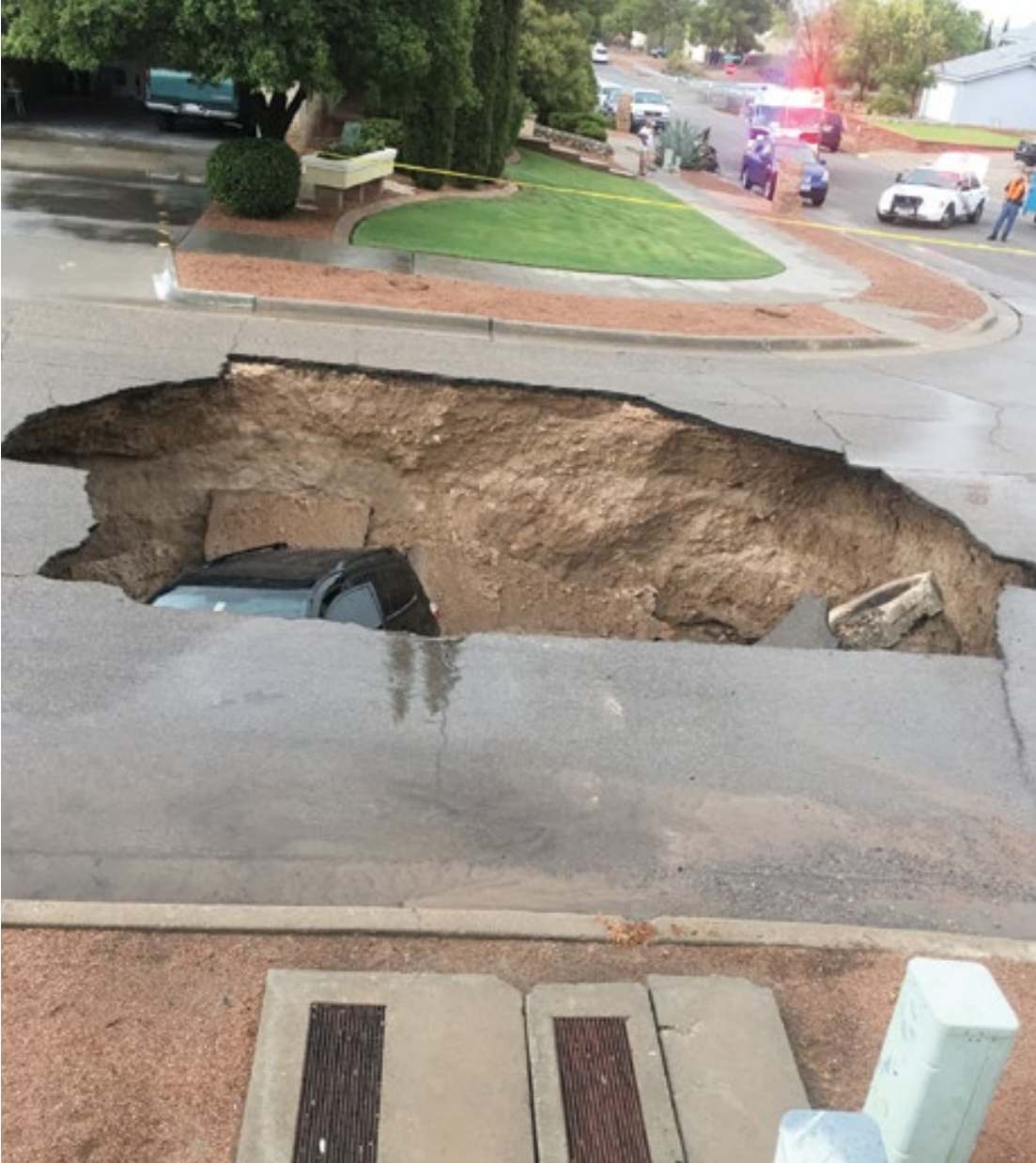 The El Paso Water 48-Inch Emergency Repair was a fast-track project following an emergency phone call from a driver in an SUV that had fallen into a sinkhole associated with corroded and deteriorating pipes. Cured-in-place pipe and a trenchless rehabilitation method were used to repair the aging infrastructure. With close coordination with the City of El Paso, private businesses, and residents, this method reduced the potential impact of vehicle traffic on the city street and was faster than an open-cut method typically used.

While the sinkhole that swallowed the car was the largest one that appeared, other sinkholes developed over the next couple of days on La Placita Drive. The tremendous amount of rain that El Paso received was a major contributing factor to the sinkholes. Little did anyone know there was another major problem hiding beneath the surface. After the rains had stopped and we started assessing the damage, the team identified the alarming condition of the Corrugated Metal Pipe (CMP).

Parkhill coordinated with multiple manufacturers and provided El Paso Water with several options for the repairs. 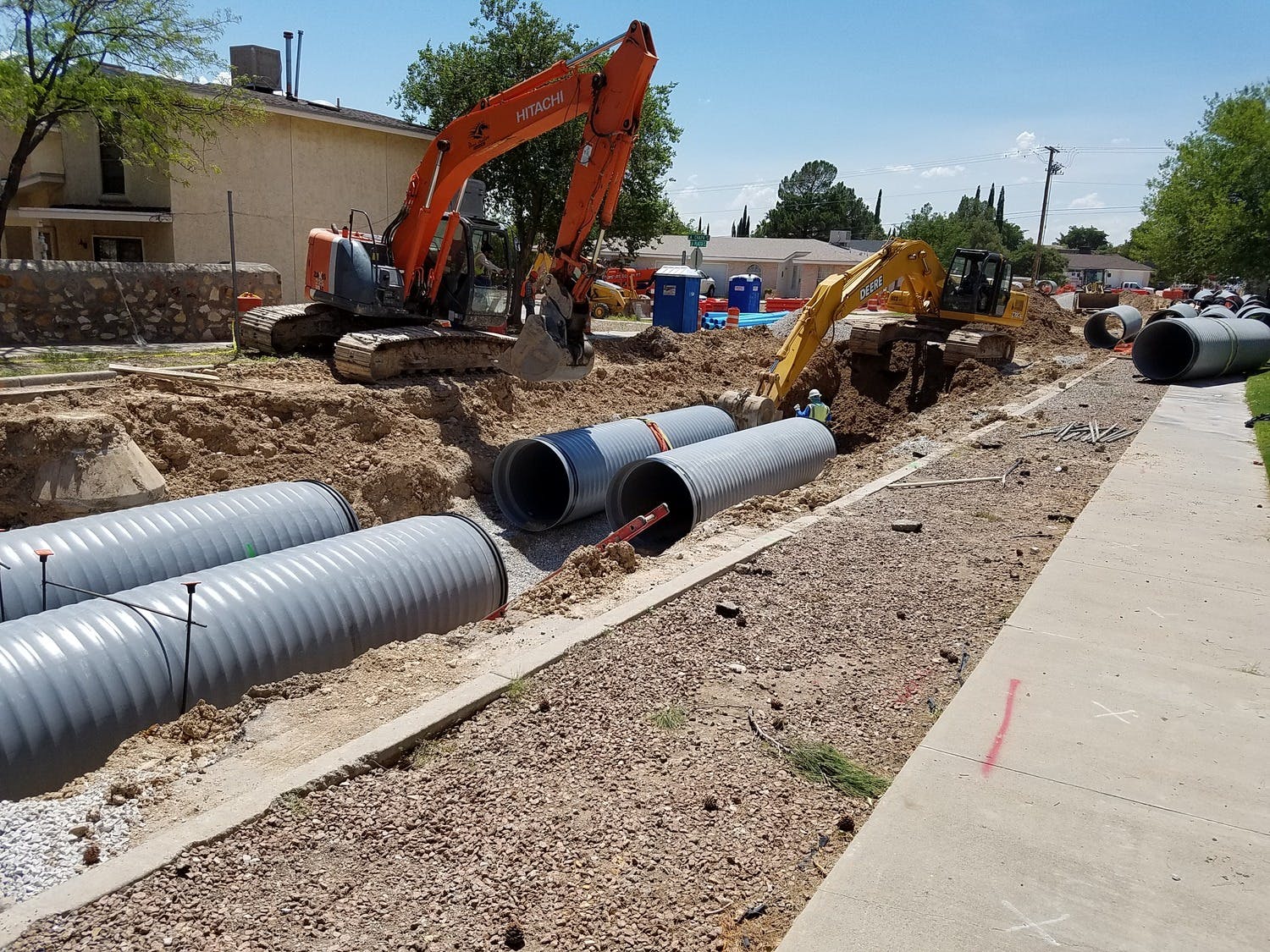