This Throwback Thursday shows Bill Cartwright standing in front of the girder of the Central Church of Christ in Amarillo. His son, Mike Cartwright, was the engineer on the project. The firm Atcheson, Cartwright & Associates, which merged with Parkhill in 1975, was hired for structural services for the project.

Mike said this was one of his first projects to sign. He graduated from Texas Tech University in 1976 with a bachelor’s degree in civil engineering and obtained his engineering license in 1980. The church project was completed in 1981.

Mike said the project took approximately 8 months to design. The plate girders were designed using finite element analysis, and this was the first Parkhill project to use that engineering method. 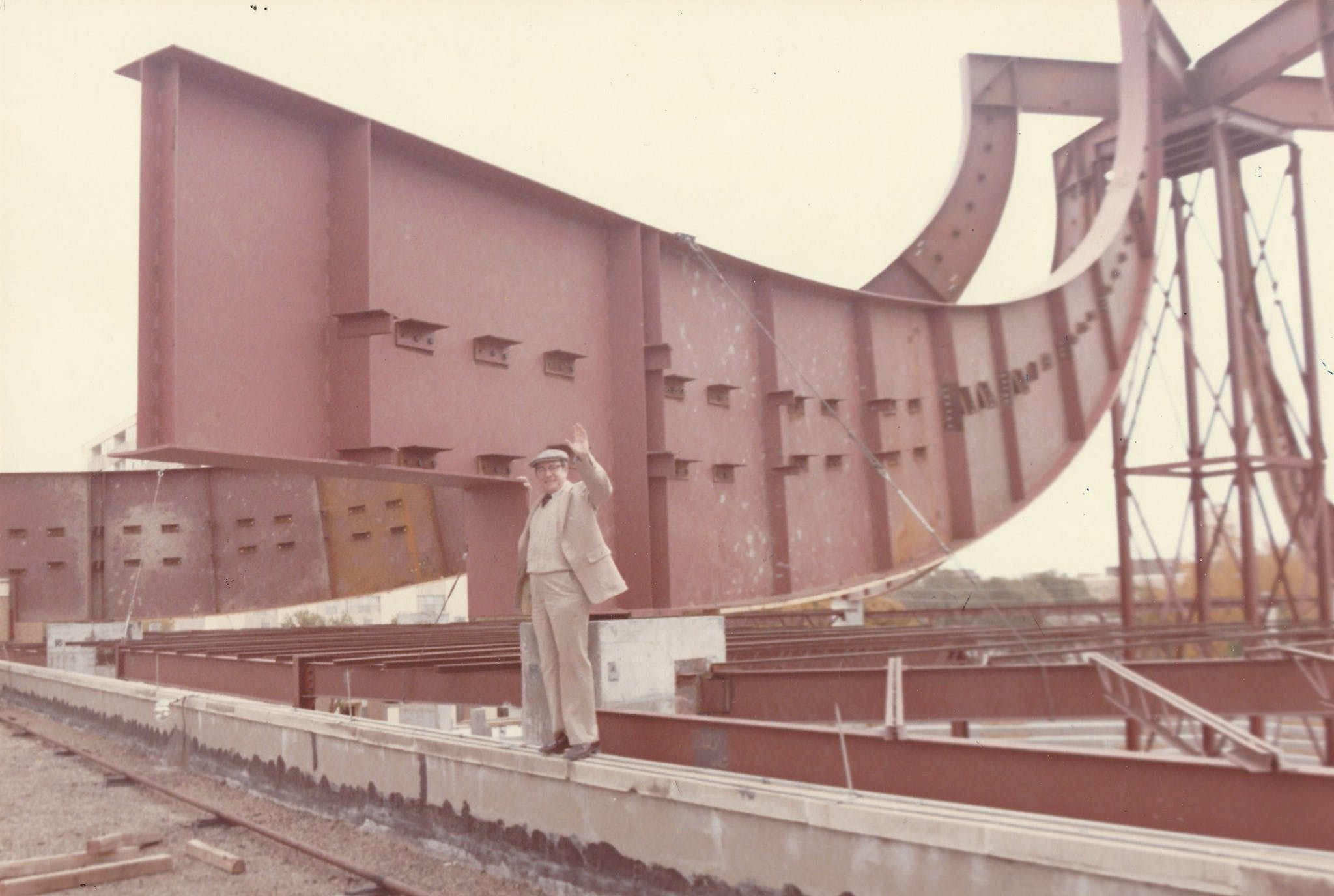