Three from Parkhill Honored as 2017 Twenty Under Forty Award Recipients 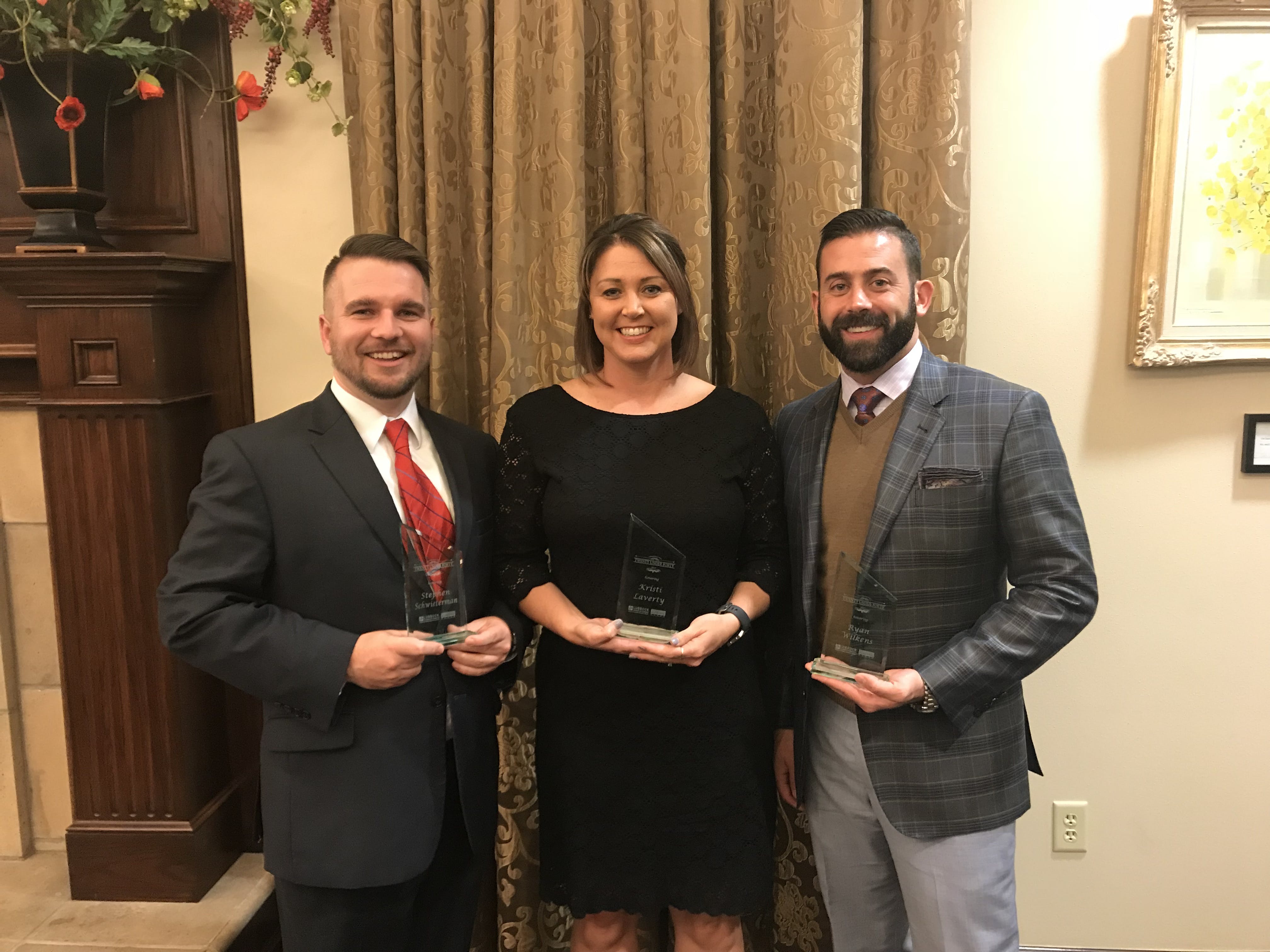 The Lubbock Chamber of Commerce and the Young Professionals of Lubbock proudly recognized the 2017 Twenty Under Forty award recipients on Thursday evening at the Texas Tech University McKenzie-Merket Alumni Center. Parkhill’s Ryan Wilkens, AIA, Kristi Laverty, PE, and Stephen Schweiterman, graduate engineer, were honored at the banquet held for the recipients. These awards are given to individuals under the age of 40 who are examples of leadership in the workplace and in their communities.

Ryan A. Wilkens is a Parkhill Associate and a member of the Higher Education area. He has also spent time working in the Federal, K-12 Education, Religious, and Community Practice areas.

Ryan’s recent projects include extensive work with the Department of Defense and the Fort Worth Corps of Engineers at Lackland AFB, Fort Sam Houston, and Randolph AFB in San Antonio. He also has helped with projects at Trinity School of Midland, the USDA Cotton and Tobacco Division, and most recently the Rawls College of Business Administration addition at Texas Tech University.

Kristi Laverty joined Parkhill in 2008 and began her tenure working on a multitude of Solid Waste projects as well as site development and park improvement projects in the Public Works Practice. She is now in the Infrastructure Practice, where her expertise is focused on irrigation and potable well and pump design, sewer and water line design, and water tank storage design and rehabilitation.

Kristi is involved in professional organizations such as ASCE where she has held office as President, Vice President, and Treasurer. She has also held office and served on numerous committees within other respective organizations. Kristi exhibits her passion for engineering by speaking to students to promote the engineering profession as well as encouraging females to take leadership positions. She also volunteers to judge engineering competitions and science fairs.

Stephen’s experience includes work on large projects, like the $40 million reconstruction of Runway 17R-35L at Lubbock’s Preston Smith International Airport, (recipient of the TSPE Trailblazer Award), Midland International, and important projects at TxDOT General Aviation airports at Hereford, Plainview, Muleshoe, Littlefield, and Dumas. He has also presented aviation topics to peers, clients, and high school students. Stephen has always wanted to be a pilot since he was younger, and by working on the Aviation Team at Parkhill he feels he gets the best of both worlds.