Christians fled Rome in 64 A.D. to avoid possible death for their faith in Jesus. They consequently shared their eye-witness accounts with the rest of the known world, turning a disaster into the spreading of the gospel instead.

In parallel, the COVID-19 pandemic of 2020 has forced many services to go online instead of allowing in-person contact. However, Parkhill architects are saying that churches are reporting that this movement toward technology has brought the unexpected.

We spoke with three members of the Parkhill professionals who have been checking in with their clients by phone during the pandemic.

Kreg Robertson, AIA, Aaron Rivera, AIA, and Nick Cooper, who heads up Parkhill church projects as a client manager, said that because of technological advances that were part of Parkhill-designed church projects, some of the pastors and church staff were well equipped to meet the challenge of stay-at-home orders across the nation.

For example, through some recent audiovisual upgrades done at Turning Point Community Church in Lubbock, church members can view Sunday morning messages with Pastor Chuck Angel. The video technology at the church, broadcast through Facebook live, allows the church to participate in Q&A sessions Monday, live worship on Wednesday nights, and live prayer time on Friday nights. The church continues to communicate through email, Facebook, Vimeo, and other online media services. For Easter, the church rented out a drive-in movie theater with the service on the big screen.

“That’s an example of what innovative methods churches are doing; they’re sending out texts, emails, they’re using Facebook, but they are doing things with the cameras that our A.V. group did,” Kreg said. 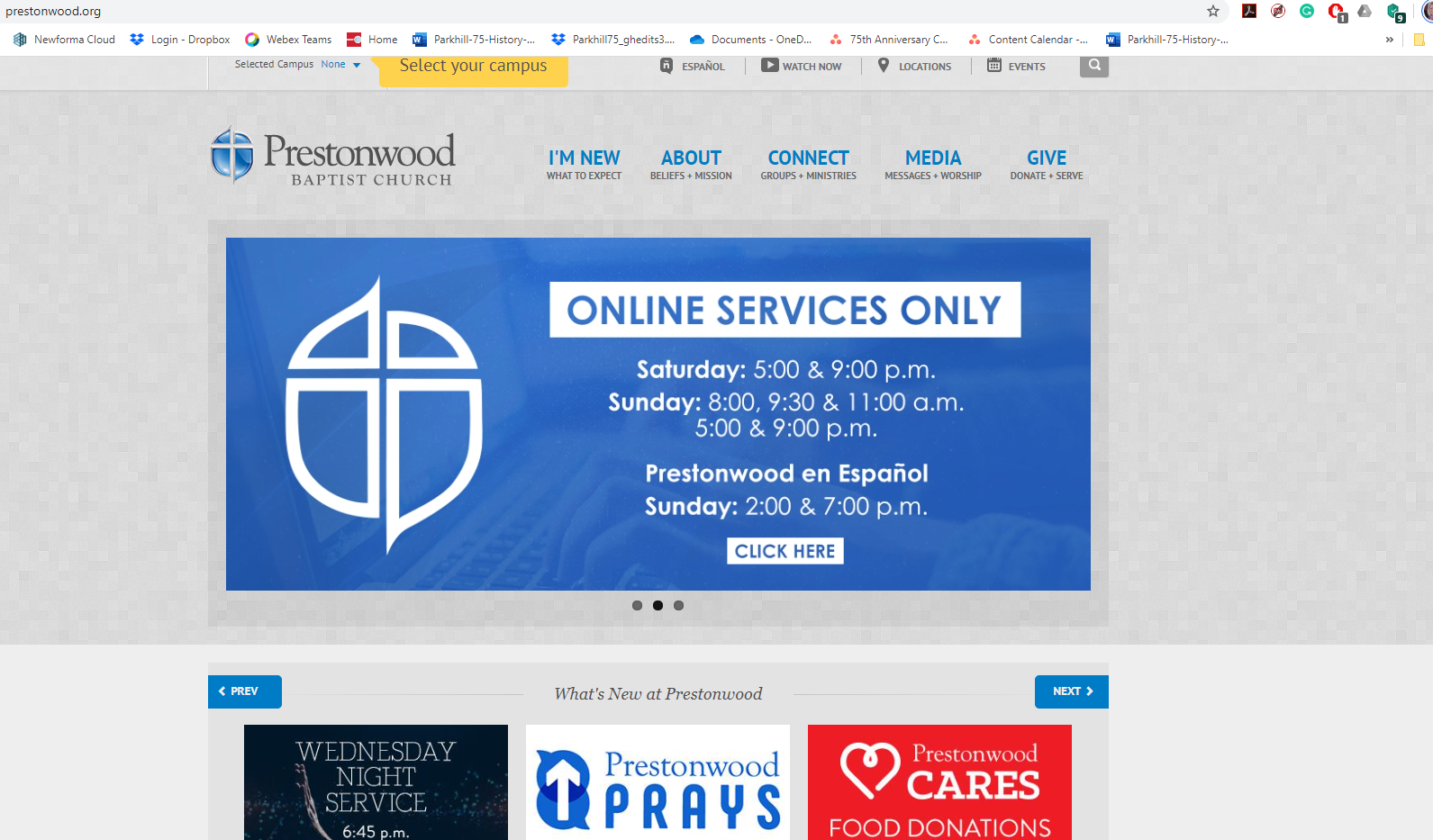 Some of the ministers told Parkhill’s team that they are still preaching from their pulpits, with a portion of the messages pre-recorded with smaller praise bands. Other ministers were recording it and streaming live online. Most of these larger churches were already doing multiple venues, so this was a smooth transition for them.

Aaron Rivera has provided valuable insight into religious facility designs as part of Parkhill’s Community 2 studio and occasionally fills in for his dad, who is a pastor in Friona, Texas. As part of the bilingual church, he preaches for his dad while his father translates in Spanish, and he preaches at his local church in Lubbock, Texas, occasionally.

He said churches in Lubbock are broadcasting services on TV, online, and through apps like Zoom. Also, Parkhill has assisted churches with the help of an audio/video consultant, like Idibri. Companies like Idibri provide sound/visual effects/lighting for venues like Odessa Christian Faith Center in Odessa, Texas, and the Buddy Holly Center in Lubbock.

Preston Trail in Frisco is another Texas church in which all their services are online. Parkhill upgraded the church facility’s technology during its most recent building project.

“Because they had installed such good quality media, it made it a very easy transition; they didn’t have to buy a huge amount of new equipment,” Nick said. “They just had to ramp up their production level on that side of it.”

Nick said what the Parkhill team designed has helped to condition congregations to view the screen.

“One of the main things I’m proud of with the team who has been working on these projects is that we were very focused on setting these projects up so that sightlines were correct for the screen, not just to the stage. There has been an added emphasis over the projects we’re talking about to make sure you can see the screen easily. That’s paying dividends right now,” Nick said.

Nick was a co-commentator in a podcast partnership with Dunham and Co., a global marketing and fundraising firm that specializes in helping Christian nonprofit ministries extend their cause. He said that Parkhill is designing significant outdoor spaces that can be a benefit especially during the relaxing of pandemic restrictions.

The Parkhill team then explored positive outcomes from the recent crisis.

At Frisco First, as it is called, and First United Methodist Church in Stephenville, Texas, the pastors have been “shocked” by the amount of giving. People donate by check, online through a button on the screen, or by texting to a certain number.

“Prestonwood Baptist Church in Plano went from 55 percent giving online to now 75% giving since we’ve been in these COVID-crazy days,” said Jarrett Stephens, teaching pastor, in the Dunham podcast for which Nick Cooper was a commentator.

“On the spiritual side, God is trying to say something to his church, awaken a sleeping giant,” Pastor Stephens said. More people are being reached through this technological outreach than ever before.

“What surprised me is I would make calls to those who were over 70, shut-in and scared, and every single person over 70 is tuning in to the daily apps that we have available,” Albuquerque’s Calvary Church Pastor Skip Heitzig said. “They are connected digitally. I didn’t expect that.”

3 – A new generation of members

“As far as the younger millennials – if the church is not on the screens,’ we’re missing an opportunity to reach an entire generation,” he said during the podcast. “In the future, it will probably be stronger than ever, probably 10 times what it was.”

Online outreaches have resulted in people being able to connect with those whom they have not heard from in years, Aaron said.

“Our church is really unique in that we have four retired missionaries and one active missionary who goes to China two to three times a year. Also, we have five young families like myself who have taken on this missionary mindset by reaching out to the international community in Lubbock,” Aaron said.

“It has definitely been a great blessing in our lives,” Aaron added. “A lot of international students have moved on to other communities, but we’ve been able to see some of these people again. The response has been amazing; this has been a blessing in disguise.”

Kreg has noticed a similar reaction among Facebook Live users.

“For me, the greatest thing seems that even though we’re isolating ourselves, this isn’t stopping God from moving. More people now are reaching out from their isolation to find ways to connect. So it has been amazing that these churches in our communities and our company at Parkhill have been rolling with this; we’re not hiding underneath our tables and freaking out about it. We’re adapting and moving on. This isn’t stopping God from doing things in people’s lives – He’s not dead, He’s not dormant – He’s working through this,” Kreg said.

That’s been the impetus in our church – to “be the church for a lot of people who need us, he added. “Technology overwhelms us all the time, but it’s also a fantastic tool at this time to keep in touch with our church family. So it’s neat to see the pastor doing his thing on Facebook Live, and you see comments on the side of the screen, like “Hey, miss you guys.”

Nick agreed. “We had no idea – a lot of them are using this as a springboard into moving forward into new directions with technology and the church,” he said.

“It’s hard to predict what will occur in the future, but God is in control,” Aaron said. “We can look at the recommendations of the CDC and other governing bodies, but the ultimate authority is our God. With technology and online opportunities, churches can continue to meet and continue until church leaders feel comfortable with meeting together.”

Some churches will continue with Facebook Live after the crisis ends. They can see comments as the pastor preaches the sermon.

“I think we’re going to see some serious innovations on the backside of this in a good way,” Nick said.

Albuquerque’s Calvary Church Co-Pastor Nate Heitzig said, “If this pandemic did anything, it taught us that we have to be innovative. I hope it won’t stop us from innovating. But I hope we inspire our team to innovate on a monthly basis.”

Churches may also see an increase in giving online in the future – to adopt some of that technology. Nick added that although some churches are seeing much more online giving, other churches may be operating on a string. The national stimulus package will provide 75% of the payroll cost relief to churches impacted by COVID-19.

Nick said when congregations gather again, some churches may expand their thinking about the physical facility.

“One of the things we are looking at is outdoor spaces that churches are building so that people can congregate, as well as outdoor venues to connect with the entire community, through parks and things of that nature.”

“We’re talking about having services streamed, captured, and also outside for people to gather together.” 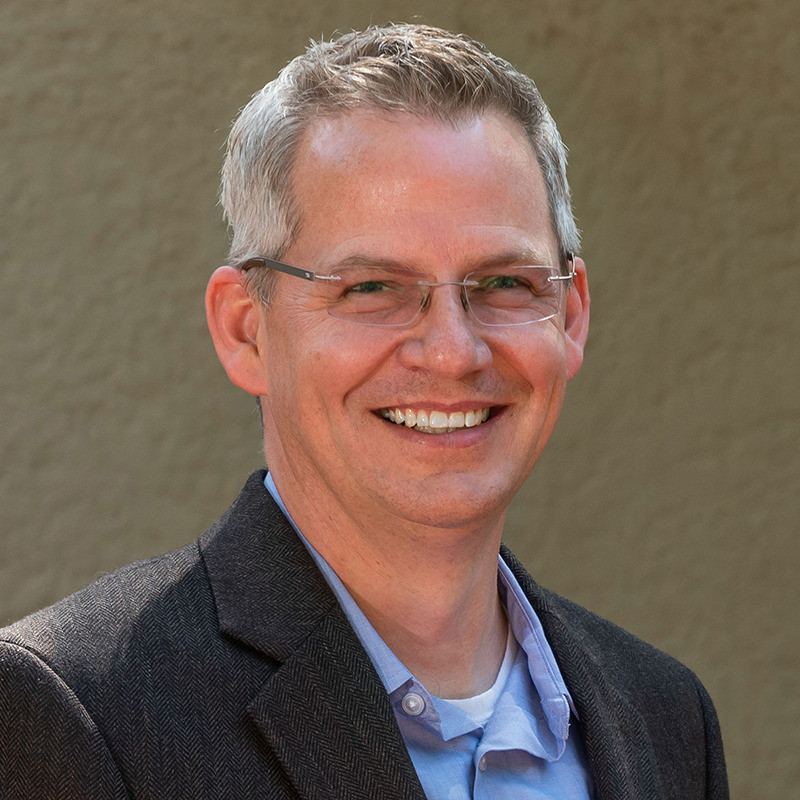 Kreg Robertson, AIA, is a Principal and Studio Leader in Parkhill’s Community Sector. For nearly 25 years, Kreg has pursued the firm’s vision statement, Building Community, by creating relevant built environments with churches across West Texas. He was instrumental in the designs of the Solomon Award-winning projects: St. Elizabeth’s Catholic Student Center in Lubbock and Young Life’s Youth Facility and First Presbyterian Church’s Chapel Renovation and Courtyard, both in Midland. Churches are Kreg’s passion, not just his occupation. He and his wife have been serving as community group leaders at their church, Turning Point Community Church, since 2011. Recently Kreg was part of a virtual Community Prayer Gathering set up by the Lubbock Chamber of Commerce in response to the pandemic. 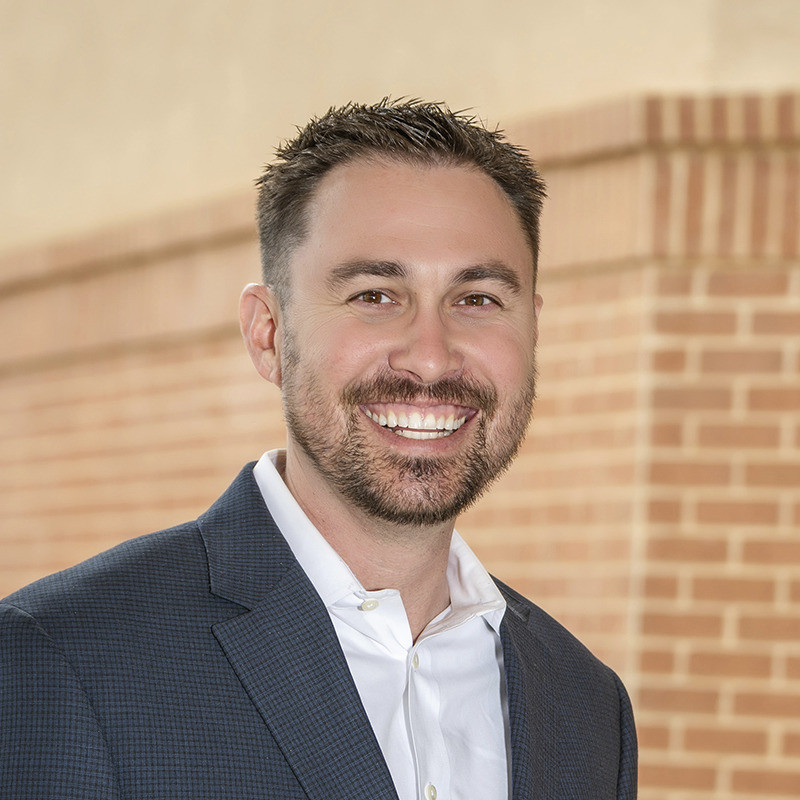 Nick Cooper, client manager for church projects, has a tremendous understanding of church dynamics and a drive to affect the church for tomorrow’s generation. Nick has been preaching, teaching, and consulting with churches and organizations such as the Baptist General Convention of Texas (BGCT) for over 10 years on topics ranging from reaching millennials to church design and construction. He has served as a preacher for several years at conferences, filling pulpits, or wherever churches need him. 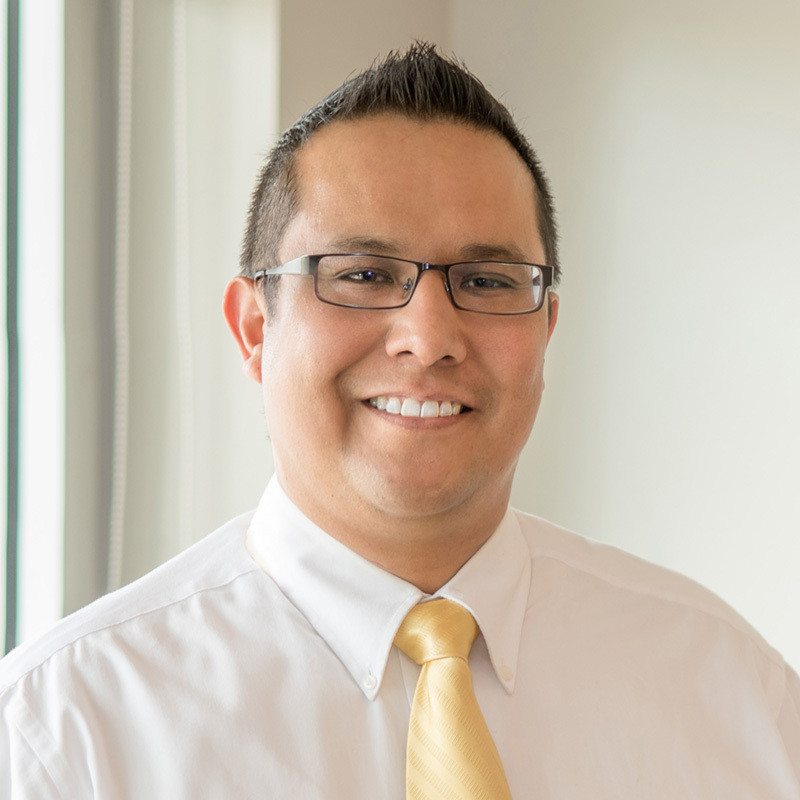 Aaron Rivera, AIA, is a member of Parkhill’s K-12 Sector but has always been an integral team member in Parkhill’s Community 2 studio that focuses on religious design. His experience includes master planning, design, and construction documents for church clients such as Odessa Christian Faith Center, The Bridge, St. Elizabeth’s, FBC Perryton, FBC Artesia, First Assembly of God of Lubbock, First Presbyterian Church of Midland, and St. Luke’s UMC of Midland. 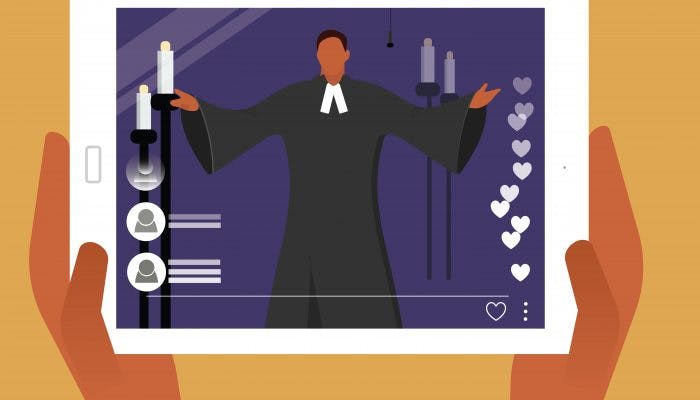