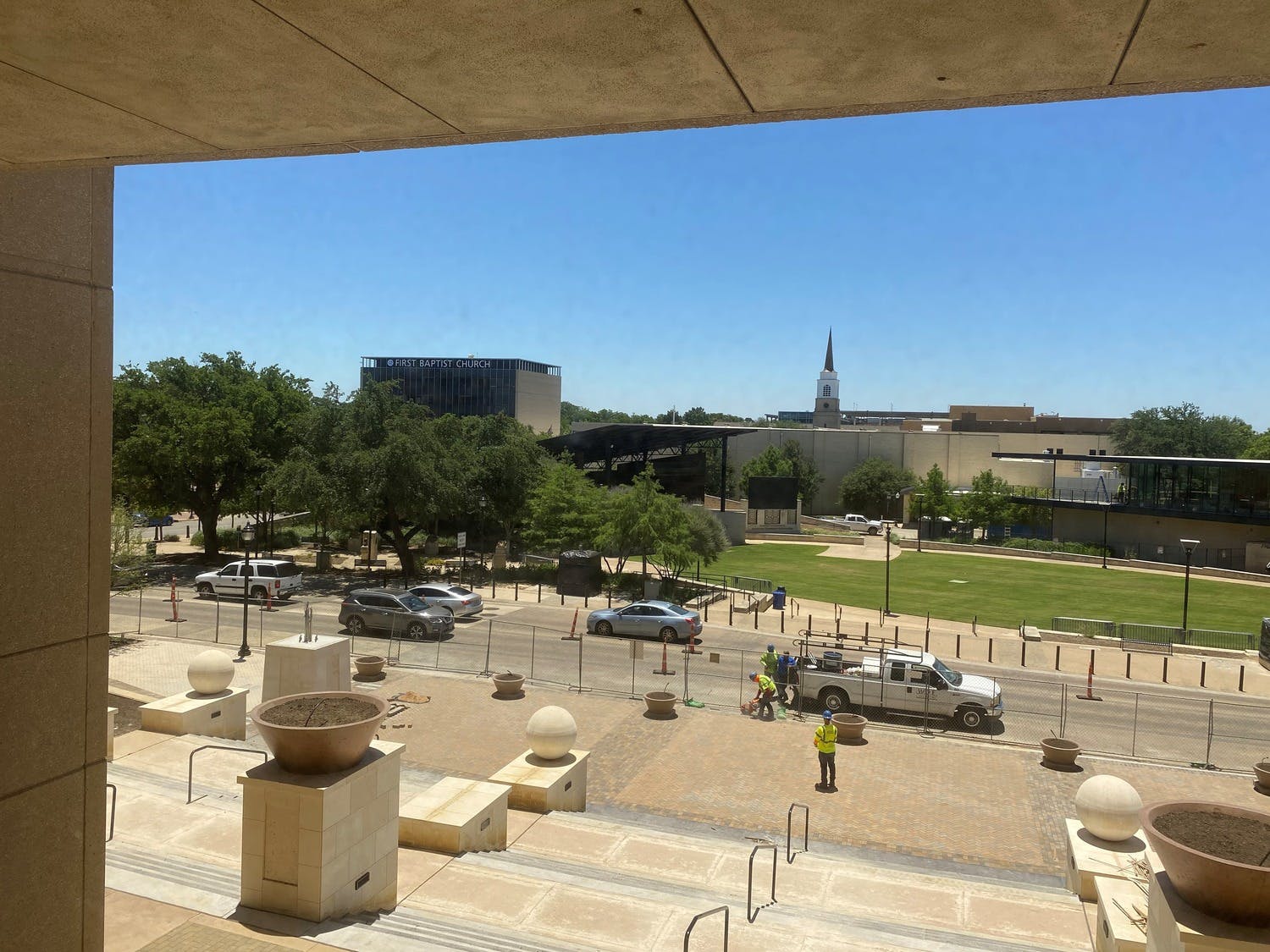 The Abram Street project between Cooper Street to Collins Street is a one-mile project that includes a detailed master plan with the goal to increase retail and business redevelopment in Downtown Arlington. This master plan called for reducing the roadway section from five lanes (two lanes in each direction with continuous left-turn lanes) to a three-lane facility to increase parkway widths. The increased widths for sidewalks, landscape, and lighting improvements were created to invite more pedestrian traffic through this corridor in the downtown area. On-street, back-in, and parallel parking areas were also created.

Part of the project included two “Welcome Mats” that announce the arrival to the downtown area when approaching from the west or the east. At the midpoint of the project, the street passes between Arlington City Hall and the open-air Levitte Pavilion, which hosts over 50 events per year. The space between the city hall and the pavilion was developed into a plaza area that can be shut off for traffic by two sets of retractable bollards during special events in downtown and other festivals that may be planned in the area. Four major sculpture towers punctuate the plaza space and the new south entrance into City Hall.

Paving and drainage improvements, new water, and sanitary sewer system were other elements of this project. This included a new 12” water line throughout the length of the project with connections to existing water lines on all cross streets and new meter connections. New 8” to 12” sanitary sewer lines with new service lines were also installed. As part of the drainage improvements, concrete biofilter structures were designed to clean the first flush from rainfall events. Traffic signal designs, signing and marking designs, and the design of both removable and retractable bollards were provided along with security analysis and recommendations.

At the beginning of this project, obtaining buy-in from the 52 business owners and tenants along the one-mile commercial strip downtown was significantly important, so representatives from each property along the route were invited to meet with the Parkhill | SR team. Sketches showed the existing conditions of the property as well as designs for the proposed enhancements. Agreements on improvements were finalized for each property and incorporated into the plans for the project.

As a part of the contract, the City of Arlington required Parkhill | SR to host one formal public meeting. After giving an overview of the project, attendees were invited to visit one-on-one with the design team. Layouts of the project were broken down into five sections for comprehensive discussions. Rather than having just a few people make comments, this allowed everyone who attended an opportunity to ask questions and make further comments. This approach, along with the individual meetings prior to the formal session, resulted in a positive response from the public about this project and excitement for the improvements in Downtown Arlington. 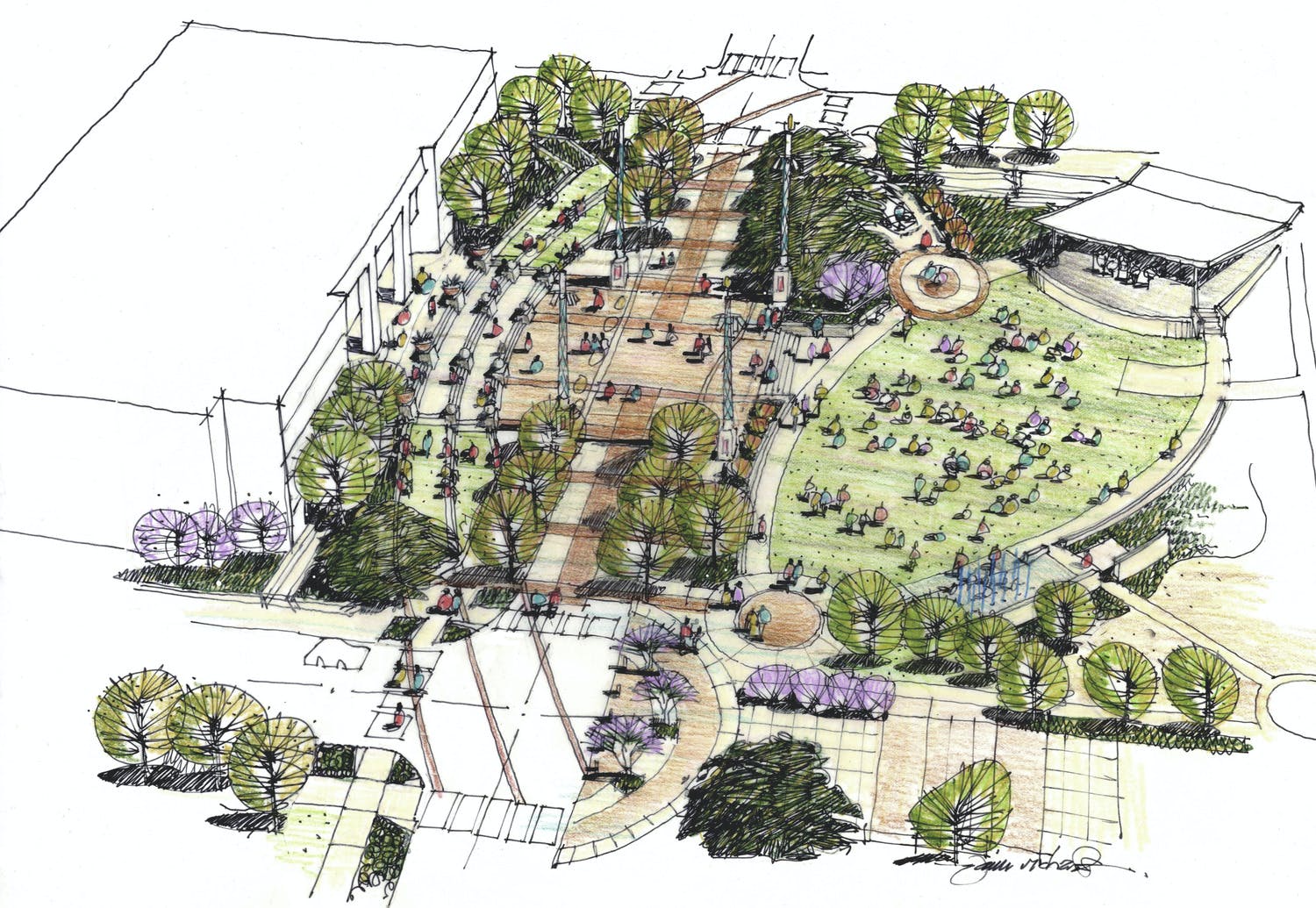