Ken Buchanan worked 43 years with Parkhill. Before joining Parkhill, he served as a senior technician in the City of Lubbock Traffic Engineering Department. That’s where Bill Ware, an engineer in the Lubbock office, discovered him and mentioned an opening at Parkhill.

“I’d been working on projects down here for quite a few years, and I knew the airport,” he said. He had a part in about three dozen airport projects alone in the region.

Darcy Knight, secretary in the Midland office’s earlier years, said he was knowledgeable and amiable. “Ken knew so much about projects. If someone called and the builder couldn’t find a water or sewer line, he would find it. He just remembered all that stuff.”

“I really enjoyed all the projects,” Ken said. “Airport jobs I really enjoyed. I worked on the (Midland) terminal, and it was more than likely the biggest project, but we had some pretty good runway projects before that and since.”

“For the Paul Davis projects north of Midland, we drilled some wells, laid some pipeline, built a storage tank, put in a control system, and they’re still using it. It was pretty important to the City of Midland because that’s where they got their drinking water. I worked on other things, too – we had subdivisions going and pretty important street projects.”

People were the driving influence in his appreciation of Parkhill, Ken said, adding that it was a pleasure working with people like Danny Winchester, Gary Harris, and the office manager Kyle Womack. He said working at Parkhill almost seemed kind of like being part of a family.

Ken is a previous president of the West Texas Construction Specifications Institute (CSI) Chapter, a member of the parent CSI group, and a member of the American Society of Certified Engineering Technologists. He also volunteers at the Alamo Heights Baptist Church in Midland as a volunteer business administrator. Ken has 2 children with his wife, Glee, five grandchildren and three great-grandchildren. 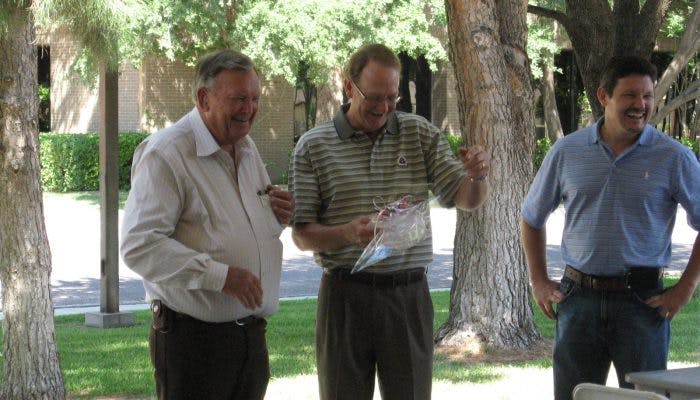