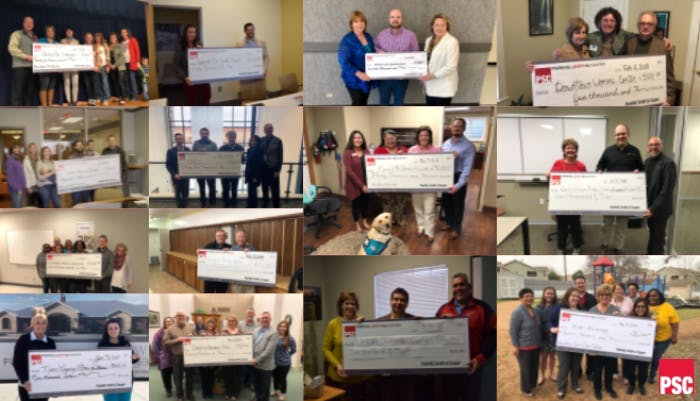 LUBBOCK, Texas — The Board of Directors at Parkhill has announced that the company will award $257,000 in impact grants and pro-bono work to 15 organizations in 2018 as part of its Building Community Investment program. Read the full list here.

The Building Community Investment is grounded in a commitment by Parkhill to return 1 percent of its revenue to the communities it serves. Parkhill illustrates the idea of Building Community through grants, employee matching gifts, and pro-bono services.

“As an architecture and engineering firm we are committed to building the communities where we work and live. I am pleased with the number of communities and programs we have been able to affect through our contributions, pro-bono commitments, and volunteers,” said Joe Rapier, Parkhill CEO and President. “It’s getting our people involved who care deeply about our communities and the impact we can make.”

The announcement was made on Tuesday in front of the New Legacy Home for Women Dream Center in Lubbock – one of the 15 projects awarded by Parkhill this year.

“We have seen a big need for housing for women who need to start all over again,” Hargrave said. “So this will help women in Lubbock get a brand-new start.”

Since the program’s inception in 2015, Parkhill has donated more than $900,000 to fund over 50 projects for community organizations around Lubbock, Abilene, Austin, Amarillo, El Paso, Frisco, Houston, Midland, and New Mexico. Parkhill employees also volunteered more than 2,000 hours at local soup kitchens, canned food drives, and fundraisers to directly build community with the people in the organizations they help.

Part of Parkhill’s process of awarding any recipients each year is also casting an employee vote for one of the final nominated projects. This year, the employee vote was won by a place that almost no Parkhill employees knew or maybe even heard about but wanted to reach out after reading the nomination.

Parkhill architect Nicholas Genzer, who works out of the Houston area, nominated Wharton ISD in Wharton, Texas – just 60 miles southwest of Houston — after their high school and the town was devastated by Hurricane Harvey in 2017. An estimated 60 percent of Wharton’s community has floodwater damage in homes and nearly every school building as well. 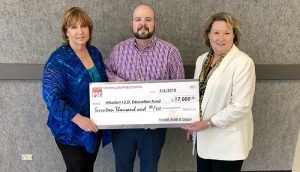 The damage affected the high school’s shop classrooms and technical equipment, which can be costly for a school district to replace. Wharton relies heavily on its technical programs and turns out kids into job-ready positions each year. Genzer presented the school district a $17,000 check from Parkhill to help replace a plasma cutter for the school.

“Living in Houston and experiencing this first-hand, it was important to me to help this community in any way we could on that venture of trying to return back to some kind of normalcy,” Genzer said. “No one from Parkhill really knows much about Wharton. So if this community can see that total strangers from 500 miles away are willing to give back and help in some way, hopefully, that inspires others to do more for this community.”

One recipient this year hits close to home as well for civil engineer and Executive Vice President of Engineering, John T. Hamilton. 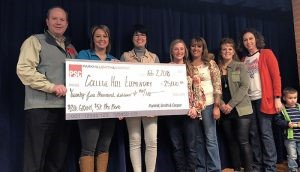 He nominated College Hill Elementary School in his hometown of Plainview, Texas, to help give the school the funds and pro-bono work needed to finish a new playground the school was desperately needing. Once Hamilton heard the students were having their own coin drives to help fund the project, he knew they could get involved right away. Parkhill awarded College Hill with $5,000 in pro-bono services and a $20,000 grant. Hamilton and Parkhill engineer Kristi Laverty were able to surprise the entire school personally with the good news this past February.

“I don’t know that I’ve ever had the chance to experience something like that,” Hamilton said. “There were a lot of people involved with this at Parkhill because Plainview is such a special place to me and to this company. And when you hear about the kids bringing coins and parents and others pitching in to raise money, it really motivated us to do something because Plainview is part of the Parkhill community as well. So, it’s just very exciting.” 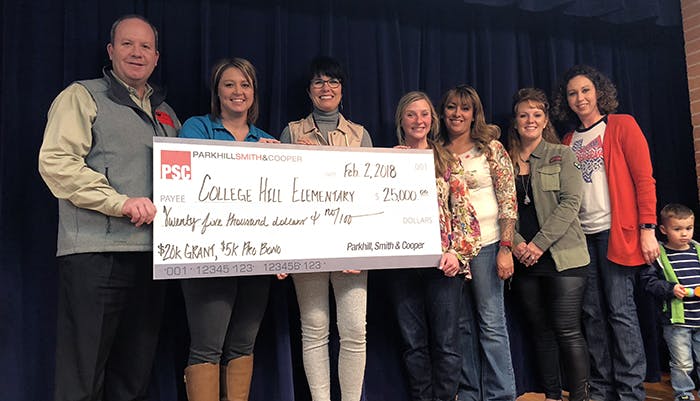 John T. Hamilton nominated College Hill Elementary School in his hometown of Plainview, Texas, to help give the school the funds and pro-bono work needed to finish a new playground. 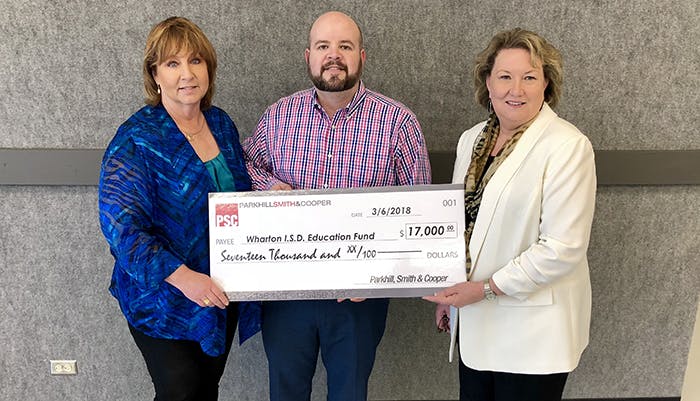 Parkhill architect Nicholas Genzer, who works out of the Houston area, nominated Wharton ISD after their high school and the town was devastated by Hurricane Harvey in 2017.