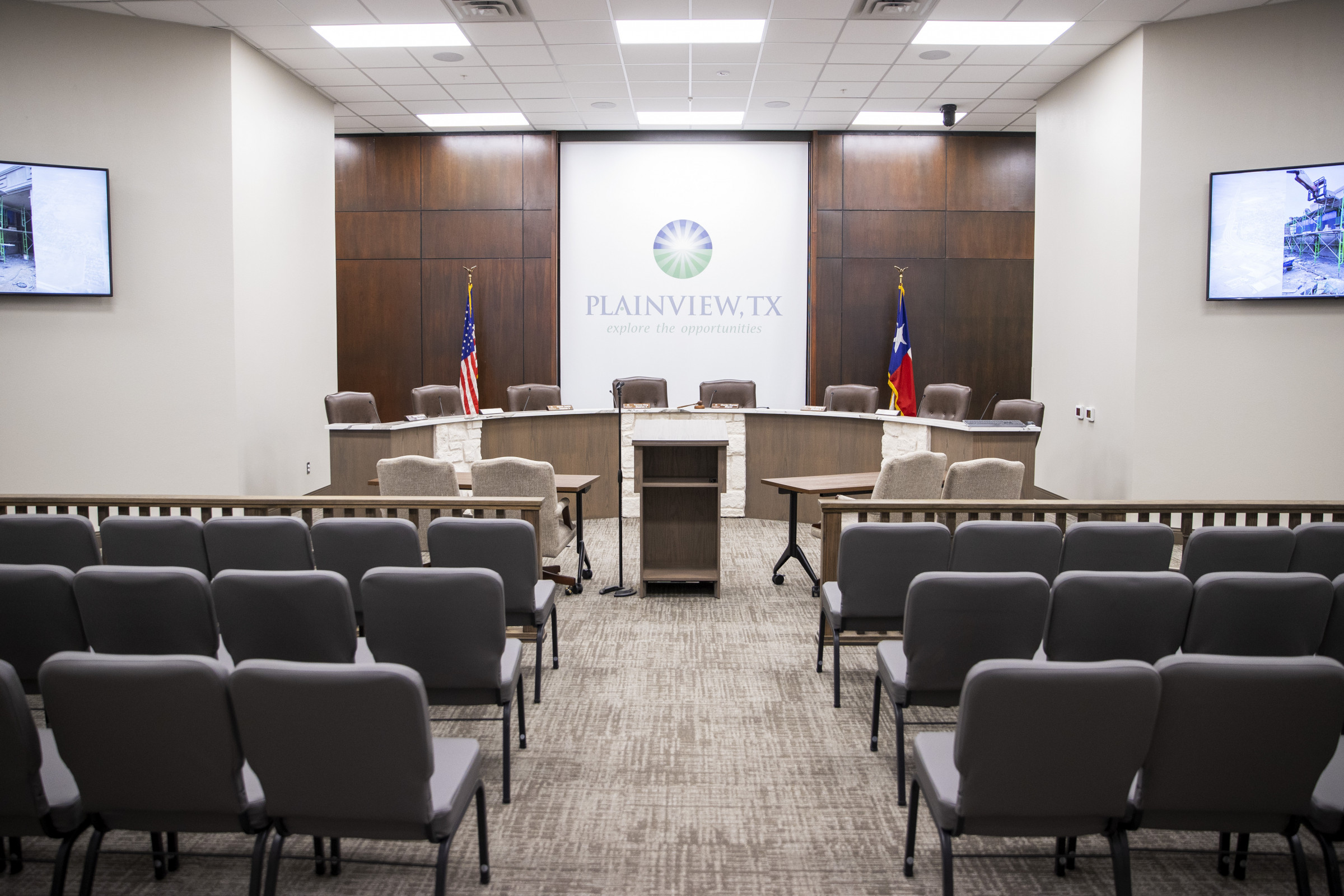 The Plainview community celebrated the ribbon-cutting of the City of Plainview City Hall on Tuesday, November 9. The project designed by Parkhill involved renovating the historic Hale County State Bank and creating a space for the city hall to operate in one building.

“When I sat down with the designers,” said Assistant City Manager Jeff Johnson, “what we were looking for was something that had a little bit of a rustic West Texas look but also had a formal look with this being city hall.”

The new city hall building was designed with an open floorplan and easy wayfinding between city service departments. Finishes include Austin stone, upgraded lighting, flooring that mimics wood, and rust and black accents. A mural in the entryway showcases the history of Plainview with images of the town native and entertainer Jimmy Dean, the landmark railway depot, Granada Theatre, and the area’s agriculture.

“I love the new lobby area,” said Liz Morgan, IIDA. “We’ve got some fantastic light fixtures in there. The space completely changed, bringing in new ceiling and new light fixtures. In the council chambers, we were able to integrate something as simple as a roller shade that allows for light filtration, but it brings in their logo. It’s a really dynamic look.”

The Hale County State bank building is the bones of the project and was donated to the city in 2019. This particular branch of the bank has been around since the 1970s. The main bank counter and teller area were removed to open up the space, and the bank foyer was converted into office space.

Johnston said renovating an existing building rather than new construction saved the city a significant amount of money. He said some of the original wood finishes from the bank were reused by sanding them down and then stained a rich brown color.

“We liked the fact that it was an old building,” he said. “That kept a vintage and a historical aspect to the building. The bank has been around for a long time. A lot of the citizens can remember it being the Hale County State Bank.”

Mayor Charles Starnes said the building gives Plainview City Hall employees twice as much space as they had before and also has updated technology for broadcasts, events, and city council meetings.

“We are just so grateful to have this facility,” Starnes said. “The project itself went smoothly. We were impressed with the teamwork between Parkhill, the contractor Henthorn, and the city management team that put this together. Really, this is one of the best projects we’ve seen considering its complexity and the nuance we had to go through.” 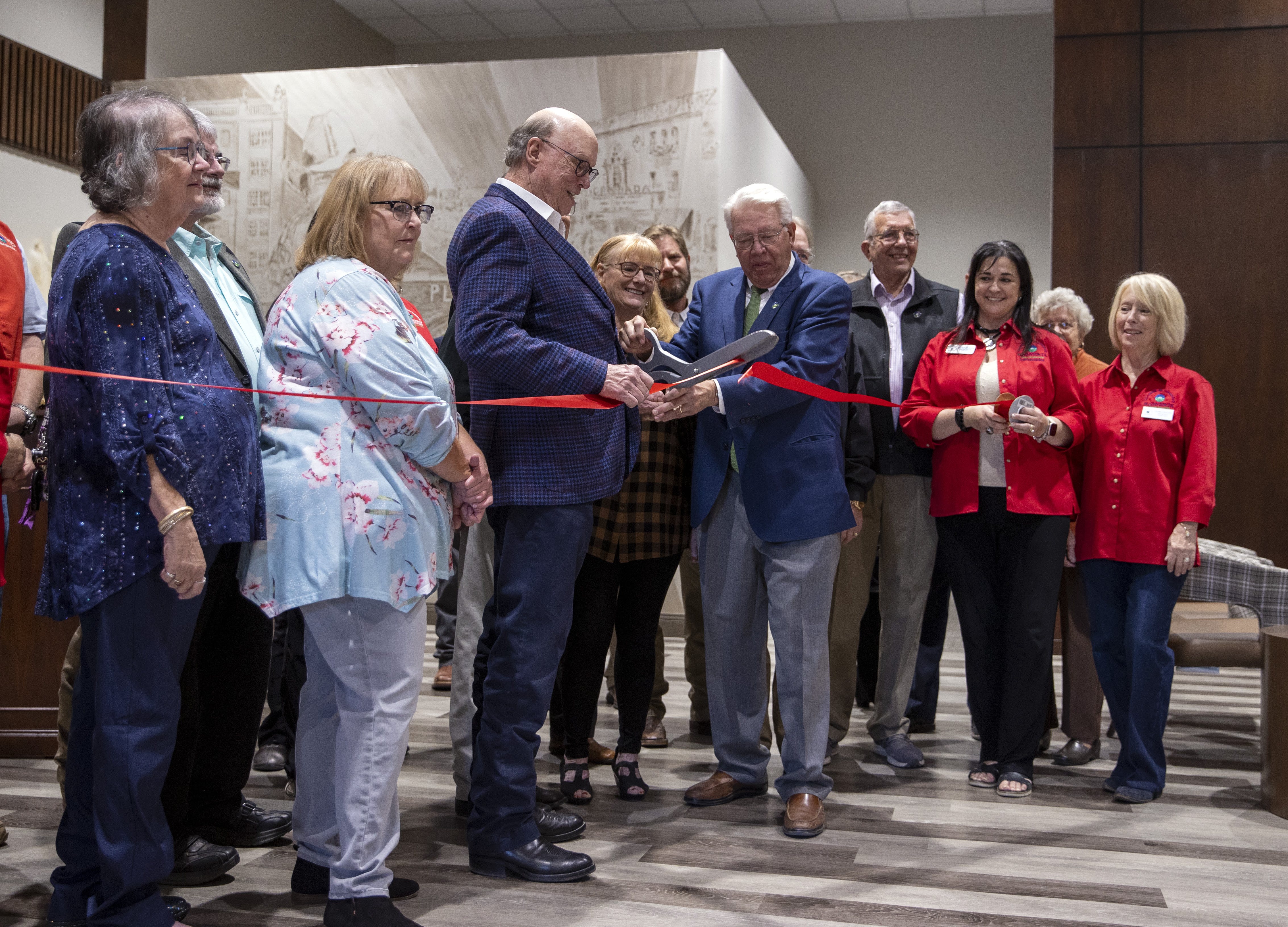