Blog Engineering University of Parkhill 2021: Vital Water, Wastewater for the Village of Vinton

University of Parkhill 2021: Vital Water, Wastewater for the Village of Vinton 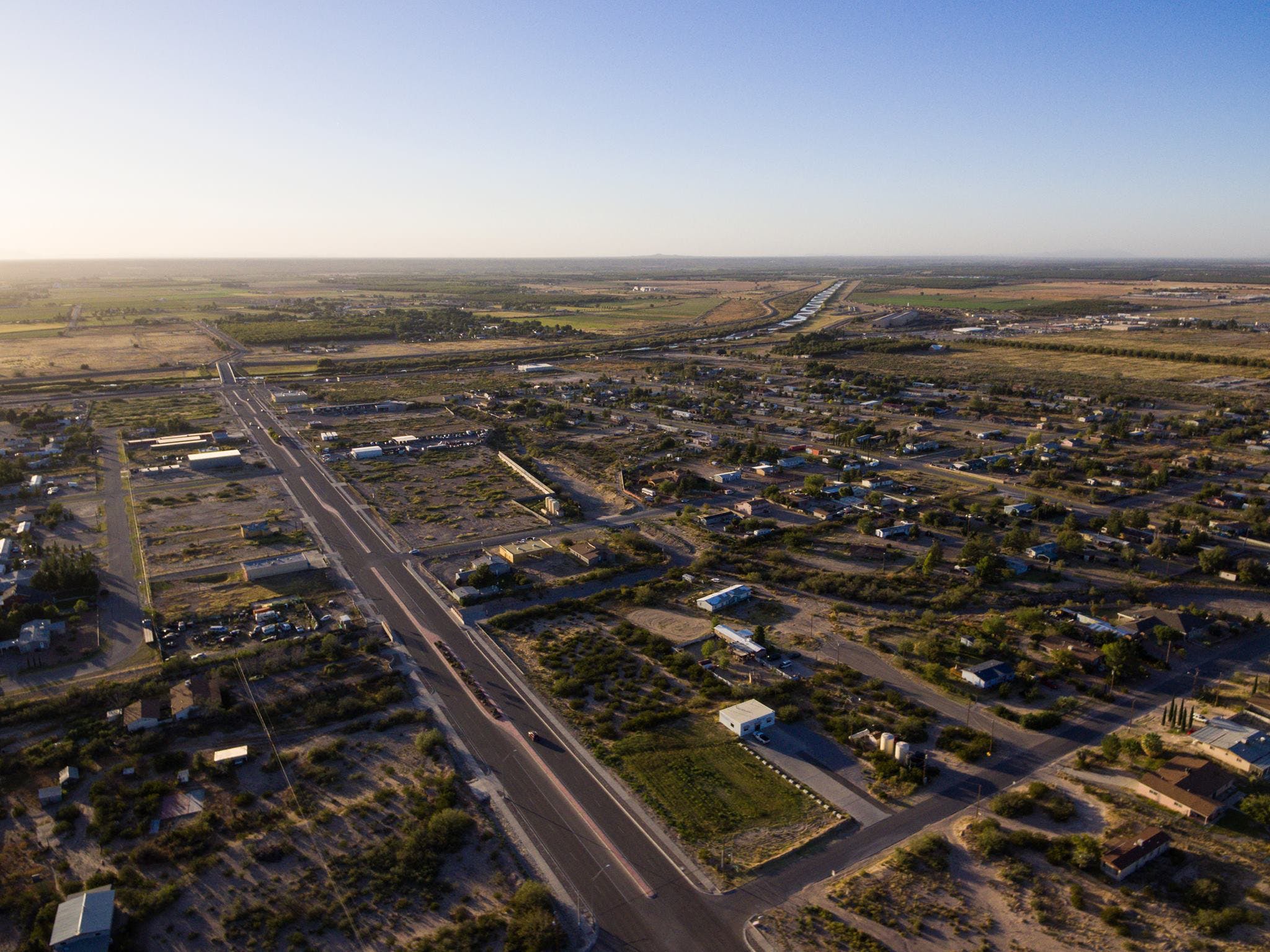 One of the most significant marks of an exciting project is its complexity. Getting good-quality water and wastewater to the Village of Vinton, Texas, near El Paso, was one such project. 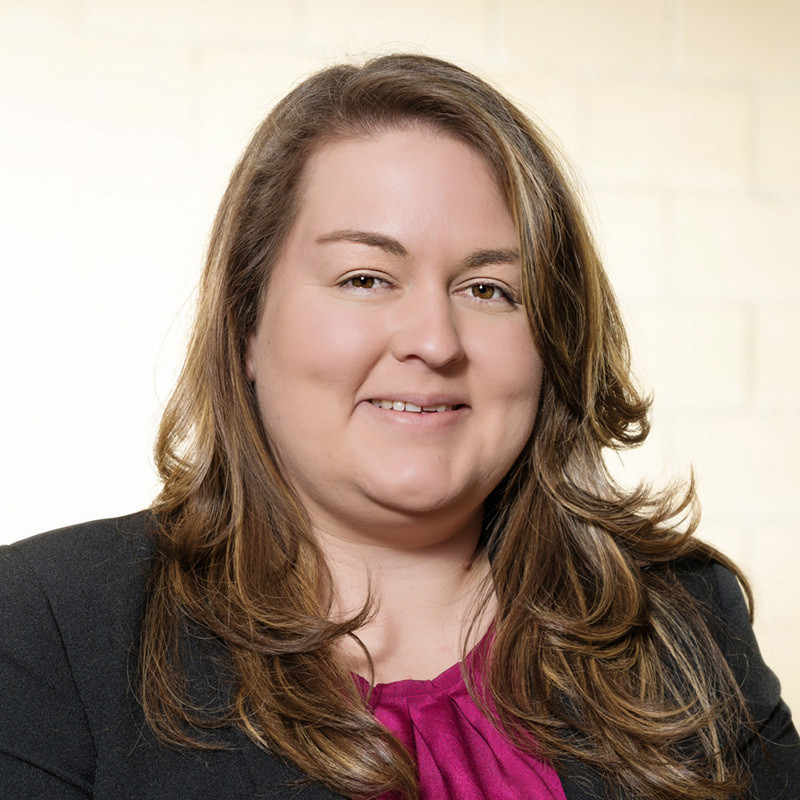 Kim LaBree, PE, works with Parkhill’s Water Resources Sector and was named Texas Society of Professional Engineers (TSPE) El Paso Young Engineer of the Year in 2020. She heads up the Village of Vinton Water and Wastewater Improvement Project design and management. Her passion for it was evident in her presentation at the recent virtual University of Parkhill.

Two key projects from Vinton that Parkhill is helping coordinate are a ground storage tank and a 16-inch transmission main. The funding agencies had an understanding that if one phase of the $37M project were unable to be completed, the other agencies would stop their portion of the project as well.

“It was very critical for us to have a lot of communication and make sure everything went as well as possible, and for no funding to get lost,” Kim said.

She explained that private systems currently serve most of the residents, but the systems do have issues with arsenic.

The challenges of this long-term effort began in 1998. 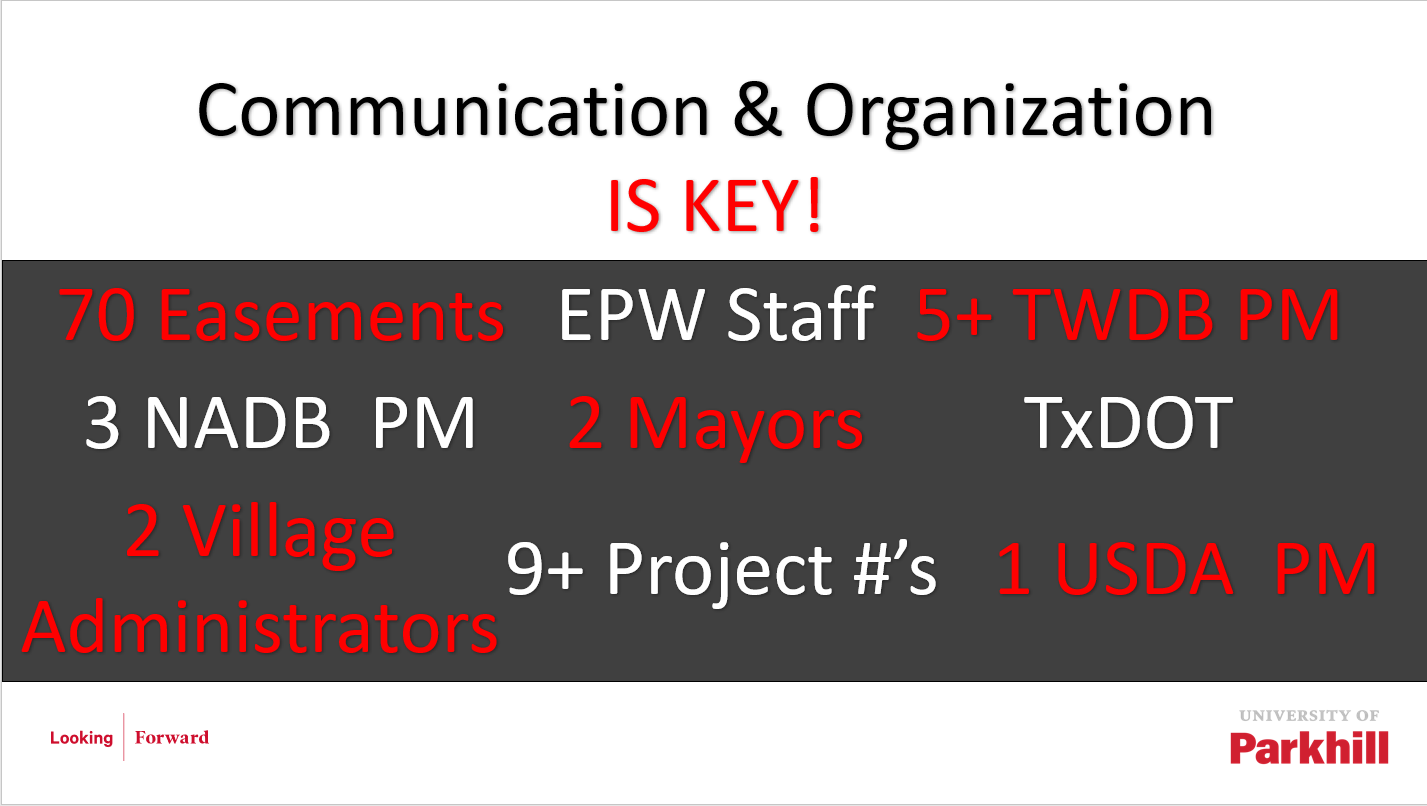 The project beginning in 1998 involved perseverance, multiple funding agencies with overlapping criteria and the complexity of working with three private water systems, a congested Doniphan Drive right of way, several easement acquisitions/negotiations, and working to be the bridge between EP Water and the Village of Vinton. The numerous easements and re-routes were especially challenging.

“Communication and organization were vital,” Kim said. “One of the keys in organizing is making emails and communications retrievable,” she said.

When the wastewater discharge location changed, that exacerbated the need for organization. Parkhill was the coordinator for an Environmental Amendment for the Texas Water Development Board. Another amendment was prepared for NADB/EPA. That meant public meetings were required.

“We wanted the residents to know there would be construction inconveniences, that rates would go up, but they would be receiving reliable quality water,” she said. “Residents would have to meet plumbing requirements to be able to connect. Parkhill helped explain the process of going from planning to design to construction. We explained how funding agencies work, an explanation of the current and next steps for each project, and how the design takes time.”

Easement challenges included having to preserve quail habitats, diplomatic contacts with business owners, a route change due to new infrastructure, coordination at a lift station site, and more. Parkhill also coordinated the effort to receive a permit from the International Boundary and Water Commission (IBWC) to bore under the river and a levee, a permit from BNSF Railway Co., and six permits from TxDOT. NADBank is going to help with the personal wastewater lines from residents’ homes to the street.

In 2019, Parkhill finished the plans and specifications we needed and bid Phase I. Construction started on Phase I in 2020. In June 2021, El Paso Water will begin Phase II of Vinton Water and Wastewater. In June or July, engineers expect the Phase I Water project to be complete. The Phase II Vinton Wastewater and Water is on track to be completed in 2023. 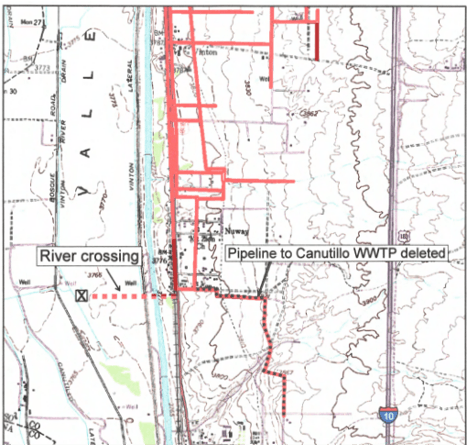 Due to a change in the discharge location, an Environmental Amendment was prepared for the Texas Water Development Board.